Built in 1847, the quaint back cottage of this house (725 George Street in Fredericton) was designed, erected, and originally occupied by Frank Wills, the architect of St. Anne’s Parish Church and Christ Church Cathedral. 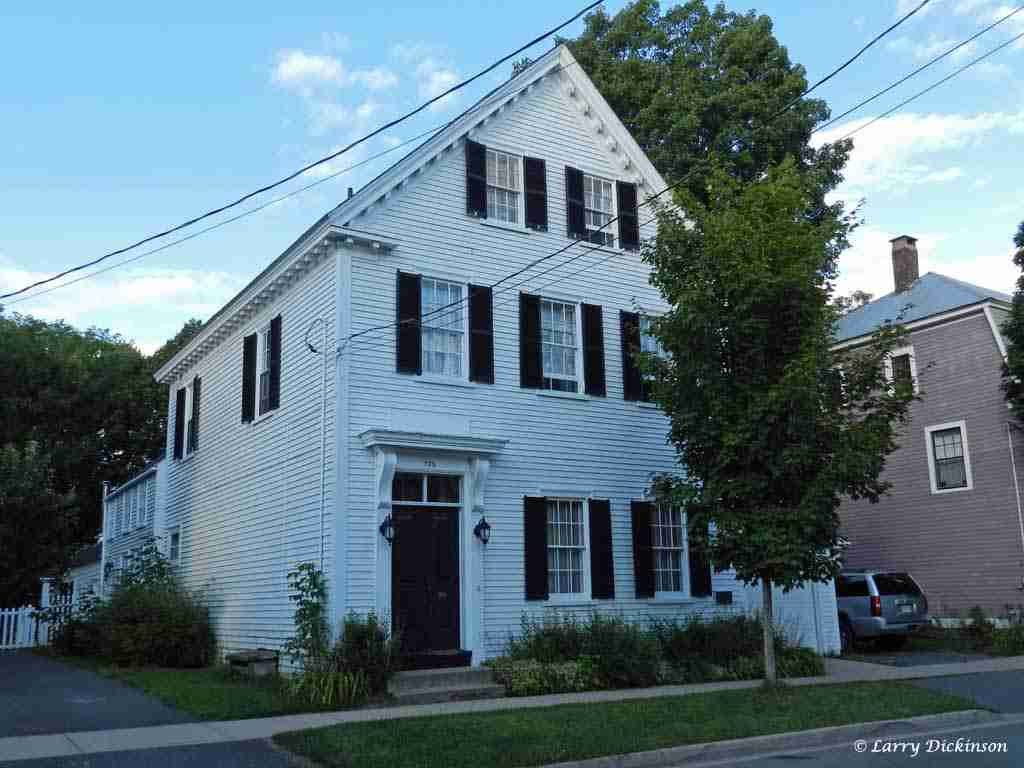 James Hogg, its next owner, was the founder and publisher of the Fredericton newspaper, the Reporter, and also the author of the first book of poetry published in New Brunswick in 1824.

The large Classical Revival front section was added in the 1850s. Its most distinguished occupant was a man decorated for his service in the Crimean War, Colonel John Robinson, whose family maintained the house for close to a century.