This extensive house at 189 Smythe Street in Fredericton was built on land purchased from Elizabeth Odell, widow of William Odell, by Jesse W. Tabor around 1900. 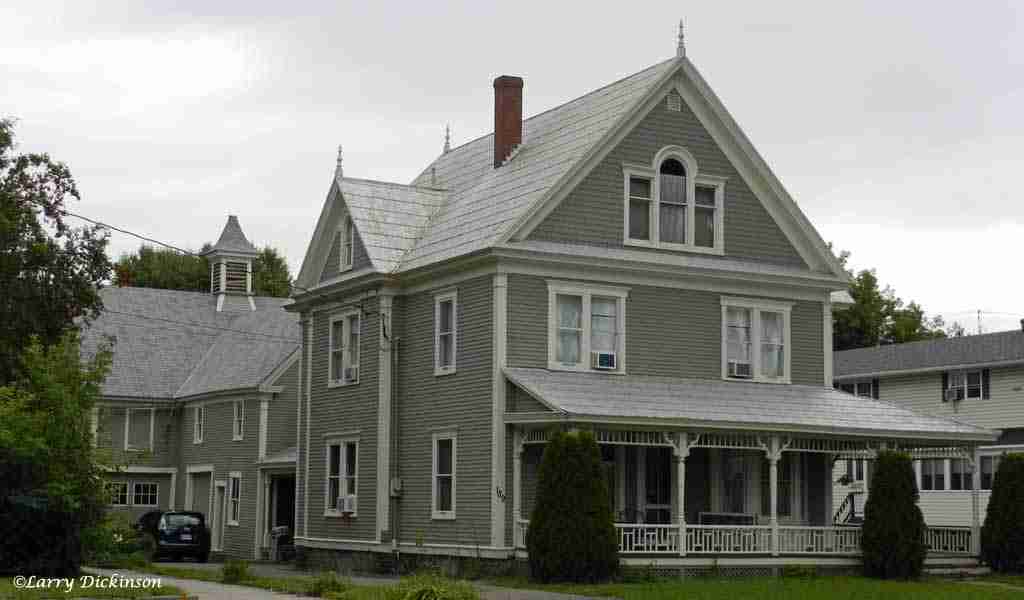 Jesse Tabor owned a gristmill behind City Hall and was a partner in the Tabor and O’Neill planing and molding mill on nearby King Street. The mill was eventually bought out by the Chestnut brothers and became the original Chestnut canoe factory.

R.L. Phillips bought the house in 1911 and operated an automobile garage out of the barn during WWI.

The building is the best example of a connected residence/outbuilding/barn structure in Fredericton, and possesses engaging elements such as a Front gable Palladian window, an ornate wraparound porch, and livestock stalls in the barn.