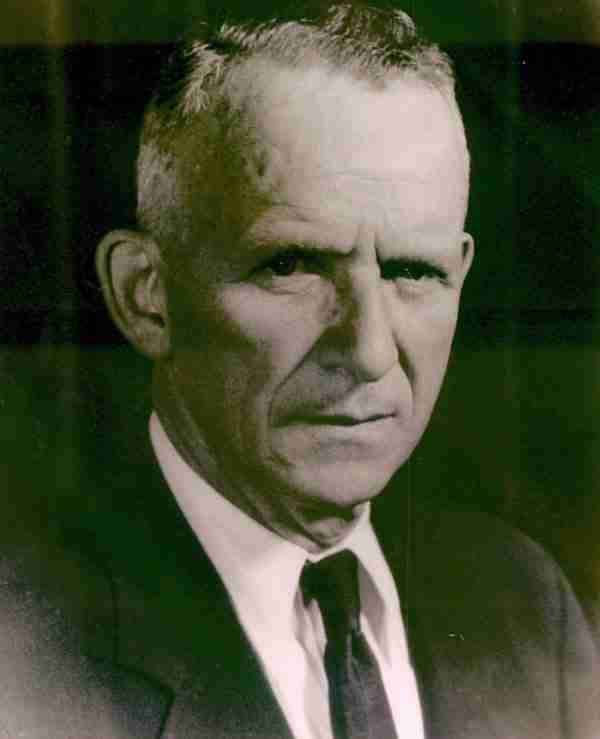 Born in Hampton on April 30, 1905, John Peters Humphrey would go on to experience an incredible journey. Over the next 90 years he devoted his life to enhancing the lives of world citizens by dedicating his talents to the advancement of human rights.

It is likely that the experiences of the first eleven years of his life helped to shape his worldview and his views about how individuals should be treated.

The young Humphrey lost both his parents Frank Humphrey and Nellie Peters, to cancer. He also lost an arm following an accident while playing with fire.

As a result, throughout his adolescence he was regularly picked on and taunted by his boarding school classmates. However, these experiences only served to strengthen young Humphrey’s character, and with the encouragement of a friend, he applied to and was accepted at Mount Allison University in Sackville at the tender age of fifteen. Soon after, building upon his new found freedom, he abandoned Mount Allison for the big city of Montreal.

Humphrey lived with his sister Ruth, who was teaching at the time in Montreal. He entered McGill’s School of Commerce and it was there that he became interested in the lectures of one of Canada’s foremost writers, Stephen Leacock. Humphrey graduated with his Bachelor of Commerce degree in 1925 and soon thereafter enrolled in the Bachelor of Arts programme because of a new passion – law and politics. In 1927 and 1929, he received the degrees of Bachelor of Arts and Bachelor of Law respectively.

At his graduation, Humphrey was awarded a fellowship to study in Paris. As he boarded the liner Aurania, he could not have imagined that the trip would begin a romance that would lead to marriage. On board the ship, Humphrey met Jeanne Godreau and a short time after arriving in France, the Consul-General officiated over their marriage.

Humphrey became more and more interested in international law. Upon his return to Montreal, he began studying toward a Master’s degree in International Law while teaching at McGill University.

It seems that Humphrey was, to some degree, a renaissance man. He would balance and connect his love of human rights, law, and art in many profound ways. He became very active within Montreal’s art community where he would meet many accomplished painters and writers.

It was at this time that Humphrey met a refugee from France named Henri Laugier. Laugier had escaped France prior to the Nazi invasion of his country. He had been working on behalf of the Free French organization, whose members assisted with resistance efforts both in and outside of the country.

Laugier was impressed with Humphrey’s intellect, love of art and law and by the fact that he was fluent in French. In the 1940’s, it was rare to meet an Anglophone who had dedicated so much time to learning French.

When North Africa was liberated in 1943, Laugier went to teach at the University of Algiers. At the end of the war, he moved to a new post – Assistant Secretary-General at the newly formed United Nations.

Laugier had not forgotten his talented friend back in Canada. He offered John Humphrey the Directorship of The United Nations Human Rights Division.

One of Humphrey’s responsibilities was to support the work of the Human Rights Commission. The Commission was set up to create an International Bill of Rights that would identify the basic human rights of all global citizens. The need for such a document was evident following the atrocities committed during World War II.

The former First Lady of the United States, Eleanor Roosevelt, chaired the Commission. It was she who handed the responsibility for drafting the document to Humphrey. At the time there were many political challenges before Humphrey and the Commission. But, because the key players were determined and believed in their goal, the United Nations Universal Declaration of Human Rights (UNDHR) was adopted by the General Assembly on December 10, 1948.

John Humphrey spent another 20 years as the Director of the Human Rights Division. He was a tireless advocate for those in need of rights protection. He returned to McGill University after leaving the UN and he taught at the university until he retired in 1994.

Humphrey’s wife Jeanne Godreau passed away in 1980. They had been married for 51 years. Humphrey would later meet and marry a prominent physician in Montreal, Dr. Margaret Kunstler.

The life of John Humphrey is one of inspiration to all of us. From humble beginnings, after having endured several traumatic events early in life, Humphrey engaged kings and queens, world leaders, artists and activists in an international discourse on rights.

At the unveiling in Ottawa of a memorial plaque honouring Humphrey, Nelson Mandela, former president of South Africa, refered to the drafter of the UNDHR as, “the father of the modern human rights system.”

Humphrey was not recognized as the “Father of the Modern Human Rights System” until his original drafts of the Universal Declaration of Human Rights were discovered at McGill University by acting law librarian A.J. Hobbins.