This was the residence of the first Provincial Secretary, the Hon. Jonathan Odell, perhaps the most accomplished of our Loyalist arrivals.

Odell was born in 1737 in Newark, New Jersey, and died in 1818 in Fredericton. His father was John Odell and his mother was Temperance (née Dickenson) Odell, the daughter of Reverend Jonathan Dickenson, who was the founder and the first president of the College of New Jersey (now Princeton University). John and Temperance had three daughters and one son, Jonathan.

Odell attended Princeton University, where he studied to become a teacher, graduating in 1754. He then returned to Princeton to study medicine, and graduated with an MA in medicine in 1759, later signing on with the British Army as a surgeon in the West Indies. After his service with the British Army, Odell studied theology; he was ordained in the ministry of the Church of England in 1766 and became rector of Burlington, New Jersey. Odell’s primary areas of residence were Newark, New Jersey; London, England; and Fredericton.

Odell wrote about New Brunswick from the perspective of an observer, since he was not native to the area. He moved to the province in 1784, the year that New Brunswick became a province. His work can therefore be divided into three categories: the pre-revolutionary years (1759-1775), the years of conflict (1776-1783), and the New Brunswick years (1785-1818). Odell’s importance in New Brunswick literature stems from the fact that he was a Loyalist; he gave Loyalists a voice within this province. He was primarily influenced by Loyalist ideology and followed the English classical and satiric models of John Dryden, Alexander Pope, and Charles Churchill (“Jonathan Odell”). His criticism and contempt for the American government often motivated him to write poetry. During his literary career, Odell published three of his major verse satires in a New York newspaper: “The Word of Congress” (1779), “The Congratulation, A Poem” (1779), and “The Feu de Joie, A Poem” (1779). All three poems contain satirical criticism of political figures and the government, and are written in heroic couplets. Many of his Revolutionary War poems appeared in Rivington’s New-York Gazette and theRoyal Pennsylvania Gazette (“Jonathan Odell”). These poems were widely read, and the publication of his poems in the newspapers increased his following. One of Odell’s best known works, The American Times (1780), was also published in New York and London as a pamphlet.

Odell is an important figure in New Brunswick history as well as New Brunswick literature. He worked for the partition movement, which was formed in order to aid New Brunswick’s efforts in becoming a province. With his help and expertise, the Committee on Trade and Plantations accepted the Loyalists’s partition concerning the establishment of New Brunswick. Furthermore, Odell was one of the best educated Loyalists in the province: this led him to become the province’s first parliamentary secretary, which gave him great political influence. Odell used his political influence for what he thought to be the betterment of the province. In 1790, the province faced a crisis as its economy depended greatly on the cheap labour of African Americans who were trying to leave the country. Odell, who was a slave owner at the time, used his administrative authority to block this exodus.

Although the present residence, at 808 Brunswick Street, was built in 1785, it was originally linked to a pre-Loyalist house that contained both the summer kitchen and quarters for Odell’s slaves. Unfortunately, this annex was torn down in 1959. 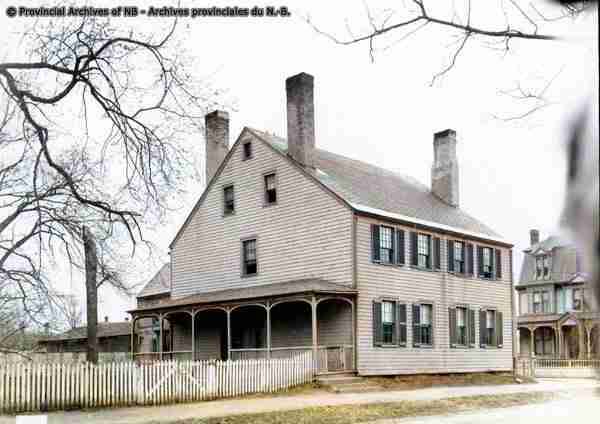 Most of the Loyalists settling the St. John River valley came from Massachusetts, and brought with them the same architectural styles and building processes that had graced their American communities for generations. Due to the harsh, rugged nature and lack of building materials, the houses built in the City in the 1780’s resembled more their cruder New England forerunners of 1700 to 1730. 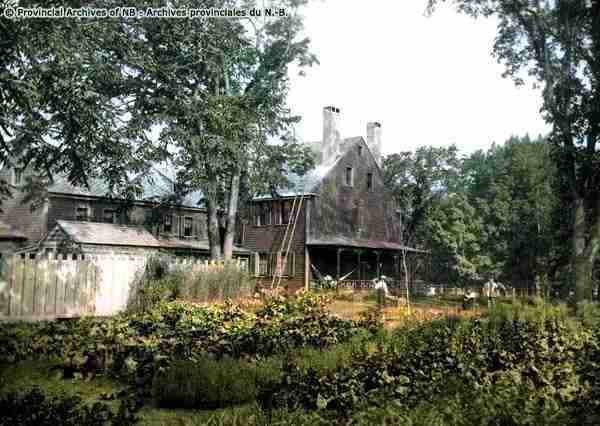 The Odell house is considered by some historians to be the most important house in Fredericton for its influence on subsequent residential architecture in New Brunswick; the style was so predominant that even 40 years later, many houses were still being built nearly identical to Odell’s.

When Dean Keith Joyce of Christ Church Cathedral and family moved from the Deanery about six years ago, Odell House was deteriorating rapidly because of its age and because it had been sitting empty for almost a year. There was great concern about the future of the building, especially if it remained unoccupied.

Carole and Michael Hines, feeling directed by God, their appreciation of historical buildings and a desire to hopefully be of help, volunteered to live there, and care for the building and garden until decisions were made about the house’s future. In the past six years, they have made many improvements to update and brighten the interior. The Bishop and Chapter directed that exterior repairs needed to be made by replacing the roof and by carrying out repairs on the veranda and porch this past summer. The Lychgate was designed, made and installed by a close friend of Michael’s. The garden has also been re-shaped and revived (after previous hard work done by Nathan Cutler), hopefully for the enjoyment of all. 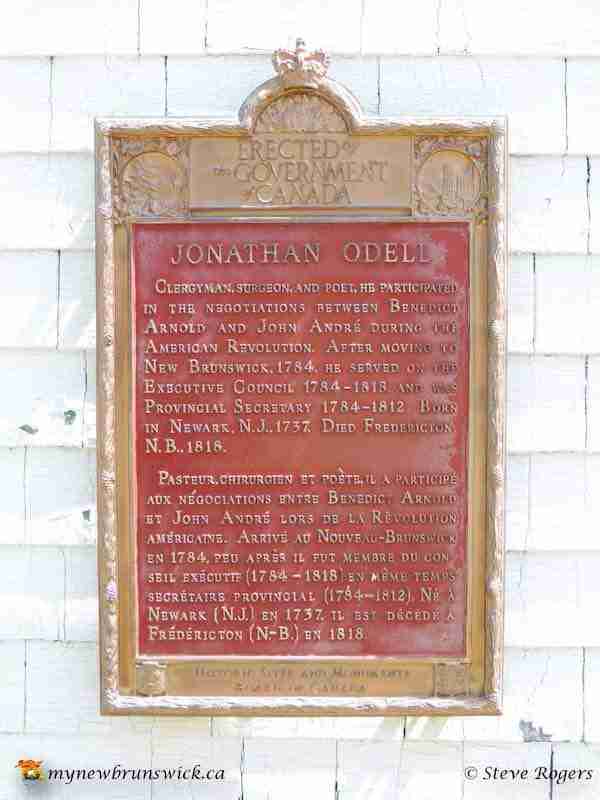 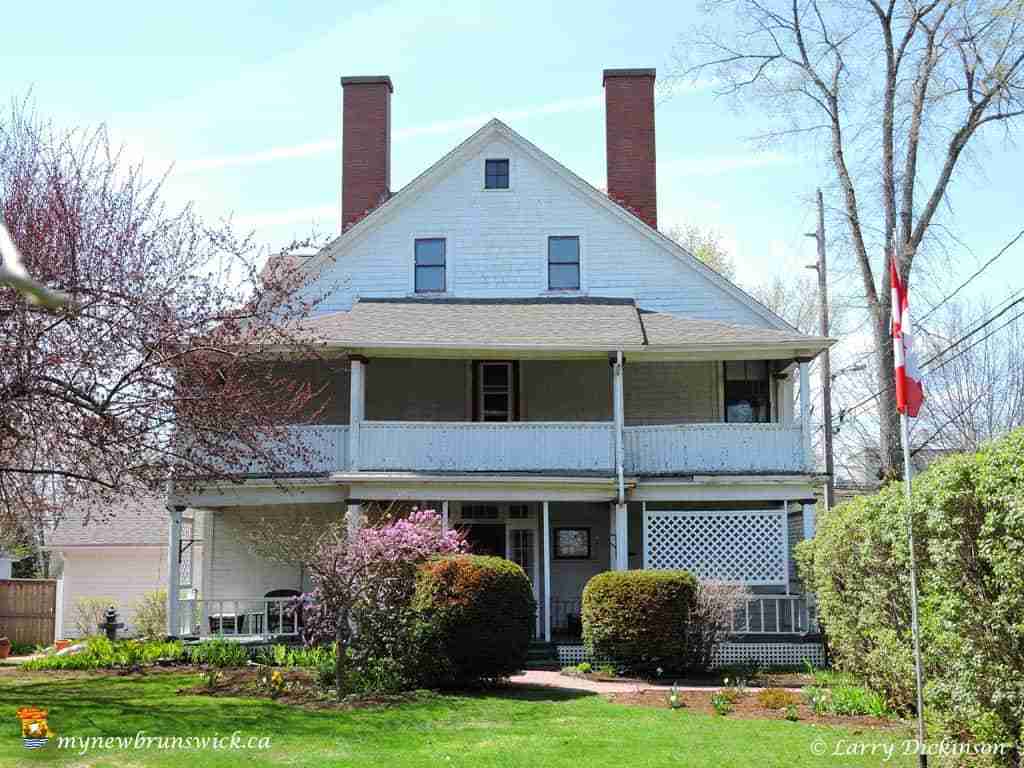 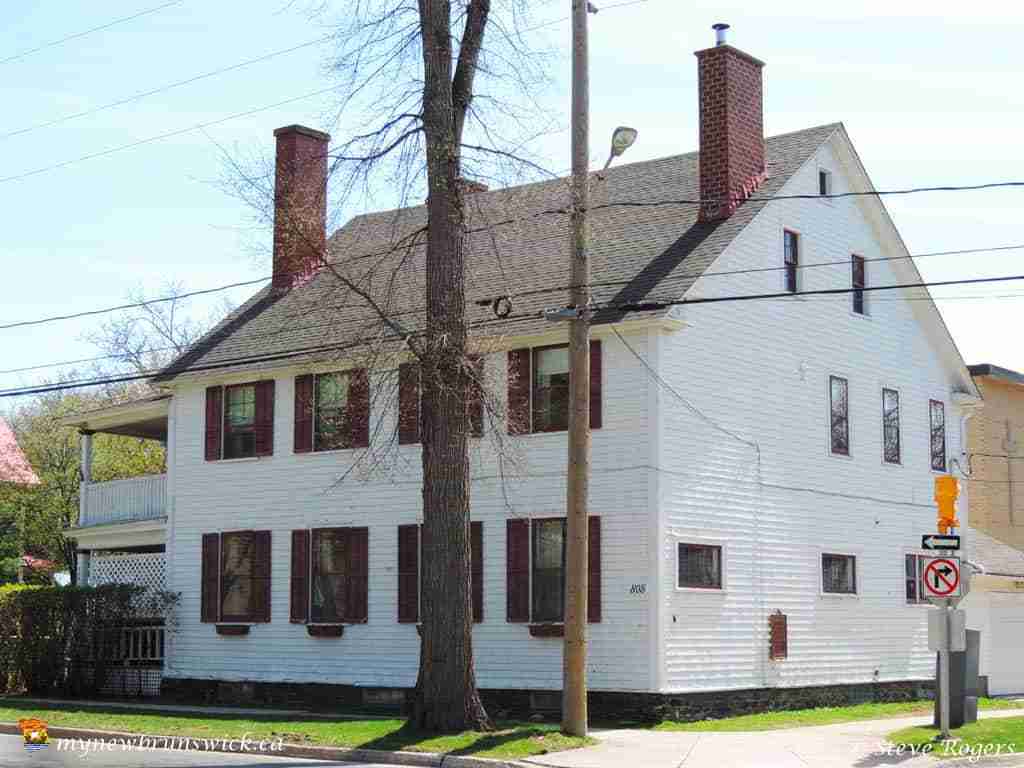