Joseph Louis DeGrasse was a Hollywood film director and actor born into a French Canadian family in 1873. He is the son of Lange DeGrasse and Ellen Comeaux of Bathurst. Joseph is the older brother of actor Samuel DeGrasse. There were 11 siblings.

Joseph Louis DeGrasse began his career as a journalist, but soon became enamored of the theater and took work as a stage actor. 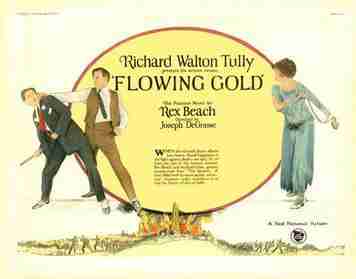 In 1910, he acted in his first motion picture and although he would appear as an actor in 13 films, and write 2 screenplays, his real interest was in directing.

While working in Hollywood for Universal Pictures, Joe DeGrasse met and married one of the few female directors working at the time, Ida May Park.

In 1915 he became a founding member of the Motion Picture Directors Association, a forerunner to today’s Directors Guild of America.

“Joe and Sam De Grasses are two of the most talented personalities in today’s film industry. Joe, a very skilled actor, is also the consummate director, firm in his demands yet gentle in his way of dealing with many different temperaments to be found in the movie industry. Sam is the only actor I know who can horrify an audience without make-up and without grotesque posturing and playing to the camera. He is the only actor I know who pulls teeth on the set in between takes. A rare pair, they have given the industry not one but two dimensions”.

Joseph DeGrasse died in Eagle Rock, California in 1940. He collapsed on a street while walking, and was taken to hospital where he was pronounced dead. The cause of his death was a heart attack.

During his career DeGrasse directed a total of 86 films: