Despite being born in Ivory Coast, and raised in Senegal, Kassim Doumbia returned to his birth country in 1999. After high school graduation he considered North America as a destination to pursue higher education. A friend who was studying at the University of Moncton told him about the growing city and the opportunities there as a newcomer.

Arriving in New Brunswick in 2000 as an international student, Kassim Doumbia felt like a rank outsider. The one saving grace is that many residents speak French which is the official language of Ivory Coast and Senegal where he spent his first 19 years before enrolling at the University of Moncton.

Graduating with a Bachelor of Computer Science in 2004, Doumbia accepted a tech job in Paquetville while completing his Master of Business of Administration (MBA) and interning with the Greater Moncton Chamber of Commerce.

In 2007, Kassim Doumbia and his wife, whom he’d met while at university, moved to Shippagan, in order to be close to her family.

In 2010, Doumbia said he started working as the executive assistant to the -Lamèque-Shippagan-Miscou MLA giving him a taste for politics.

Just over two decades later, Doumbia is at the head of the decision-making table in Shippagan. He was elected Mayor in 2021, making him the first Black to hold the position in New Brunswick. Kassim Doumbia is Canada’s seventh Black Mayor. 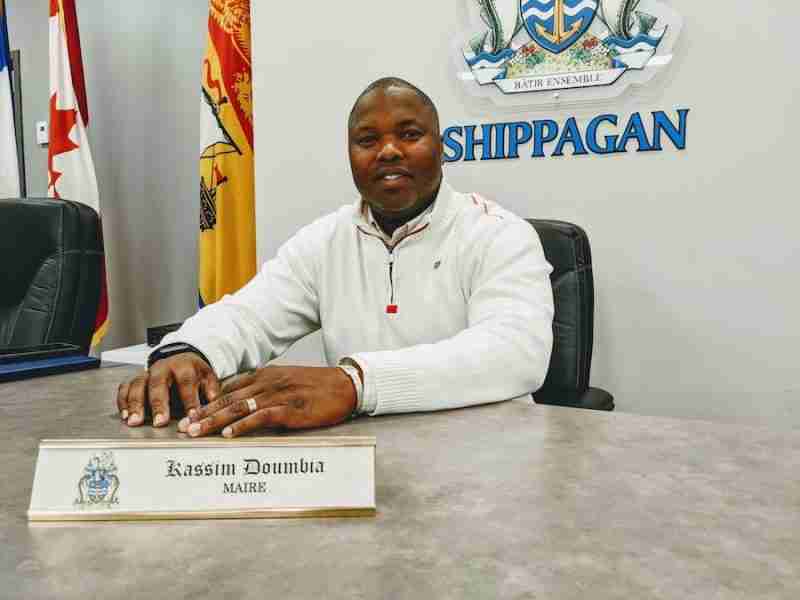 Of Shippagan’s population of about 2,600, almost 120 are Black, the majority international students from Africa attending the UNB Shippagan campus and a community college.