It is 357 years since Jeanne Mance founded the Hôtel Dieu Hospital in Montreal and 140 years since Florence Nightingale wrote Notes on Nursing, a reminder that the legacy of Canadian nurses emanates from two cultures. Nurses of New Brunswick are deeply entrenched in this French/English heritage. Nurse Katherine MacLaggan knew that these people of her province were its greatest resource. She also recognized the importance of nurses to the population, but hers was also a society that denied nurses a sound education. Since 1888, its hospitals had made money out of student labour. Nurse MacLaggan realized that service commitments and inevitable change produced an inferior type of nursing care. She was aware that others in nursing in Canada faced under-education and that the timing was right for a national trend within the general education system of the Province. In the early 1950’s, she formulated a plan to change things beginning with a list of the obstacles. How, she wondered, could nursing education be incorporated into the general education system? Could this be done without the service of student nurses and would there be any hardships to patients? 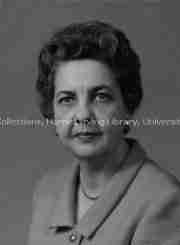 It could be done, she theorized, by organizing conferences, study groups, committee workshops and by creating provincial and national bodies with the power to secure through legislation, the right to monies and materials from the public treasury. The prime activist, Katherine MacLaggan, called on the Canadian Nurses Association and the New Brunswick Association of Registered Nurses for leadership, as well as provincial and federal bodies. Her plan for the education of New Brunswick nurses, was developed under the supervision of Professor Mildred Montag and Professor Walter Sendling.

It fulfilled the requirements for her Degree of Doctor of Education, Teachers’ College, Columbia University and in 1965 was published under the Portrait of Nursing. Once in motion, the program would have an English component at the University of New Brunswick, Fredericton and a French program at the University of Moncton. Katherine worked ceaselessly and was instrumental in securing a grant from the Kellogg Foundation, Battlecreek, Michigan which provided support for her basic program. The first students were admitted to the School of Nursing, UNB in 1959; the Moncton program was to follow in 1966. She also acquired a Centennial Grant from the Federal government to house the UNB Faculty in a building designed to accommodate over 500 (In 1967, named MacLaggan Hall as a tribute to her work). 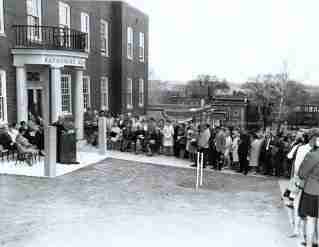 Who was this woman who, in the spirit of confrontation, laid out the formula to take New Brunswick’s nursing students away from hospital schools and into an academic setting? A gentle woman of great integrity, courage and strength of purpose, Katherine Eva MacLaggan’s life began on October 8, 1914, in Fredericton. Her early schooling was in Devon, now part of Fredericton. She left school in 1932 near the top of her class and enrolled in the Provincial Normal School to become a teacher. She taught elementary students before entering the Royal Victoria Hospital, School of Nursing, Montreal. After graduation in 1943, she worked as a staff nurse at the Royal Victoria Hospital, then as an industrial nurse. In 1945, she graduated with distinction from Public Health Nursing, McGill University – her studies were financed from the sale of an old car; cars were scarce after WWII. She returned to New Brunswick to join the Department of Health; working as a nurse in Westmorland County. 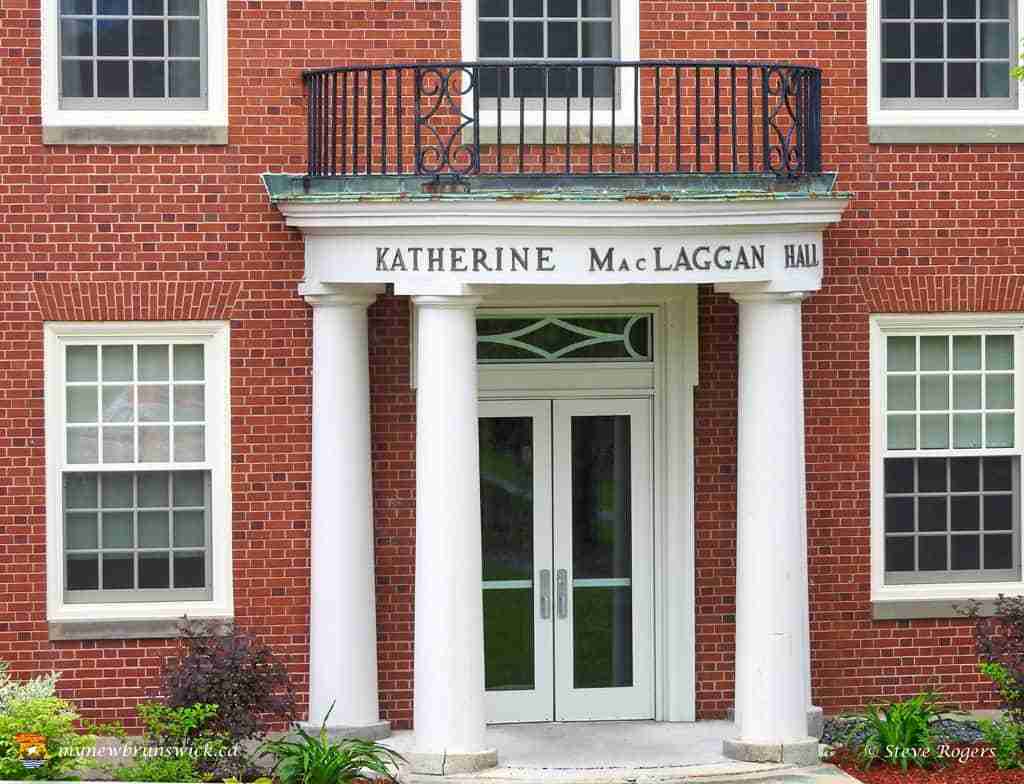 In 1949, she returned to McGill and acquired a Diploma of Supervision, again with distinction. She was appointed Assistant Director of Public Health Nursing in New Brunswick. Along with her administrative duties, she became Health Instructor of the Public Health Teachers’ College, Fredericton. In 1952, with the support of the Director of Public Health Nursing, Muriel Hunter, Katherine developed a unique program of health education that has never been equalled. She saw the teacher as the pivotal part of the school health program and believed that the teacher’s health-related behaviours would be potent influence on the students. Convinced that children’s health care must begin with teachers in training, she organized a multi-faceted health screening program where problems of students teachers were identified and dealt with.

The number of young people in teachers’ program with correctable conditions were extensive. Katherine, as sole teacher of an instructional program, focused on how future teachers could identify children’s problems then access the public health nurse to ensure proper care.

Consequently, teachers and children were taught about caring for their own health. Single handed and with the cooperation of the Department of Health, Katherine created a course of instruction for grades 1 – 6 published under the title Health for Our Children. Her name as author was not acknowledged on any of the publications in New Brunswick Schools. In 1973, the Teachers’ Health Program was discontinued and apprentice teachers accessed the Student Health Centre, a treatment clinic, available on campus.

Katherine MacLaggan worked with the New Brunswick Department of Health and Social Services as graduate student. She was very active in the New Brunswick Association of Registered Nurses. During those years, she was the principal author, on the Council of NBARN, writing many of its documents and briefs to the Royal Commission on Health Services. She was active on local boards of the Victorian Order of Nurses, Children’s Aid Society, Mental Health Association, Public Health Association. On the national scene, she was on the Board of the Canadian Nurse Journal, Chair of Nursing Education, Nursing Affairs, Vice-President and President of CNA in 1966. She was a principal figure in the creation of the Canadian Nurses’ Foundation. Dr. MacLaggan died from cancer in 1967 at age 48. She left behind a network of colleagues including those from Department of Health and Education, the University of New Brunswick and politicians, for example Romeo LeBlanc, former Lieutenant Governor or Canada, was her friend as was Colin B. MacKay, former president of UNB. On the occasion of Katherine’s death, he wrote that her influence on the history of the University of New Brunswick was the most significant of the decade. Posthumous awards include an award for distance achievement from the nursing in Nursing Education Alumni Association of Teachers’ College, Columbia University, NY.

Dr. Shirley Alcoe, former professor, UNB Faculty of Nursing and a nurse leader in prevention of breast cancer was a confidante of Dr. MacLaggan. Dr. Alcoe believes that her true accomplishments are impossible to measure because her immortality lies in her influence on those she left behind. 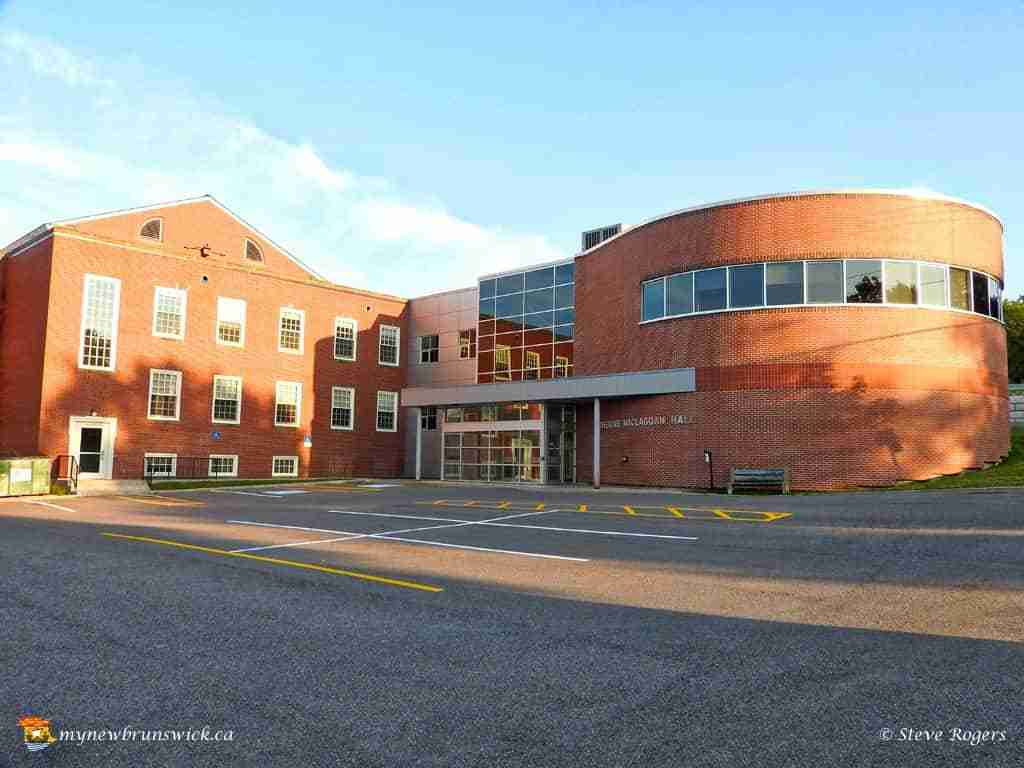 About the author: Dr. Arlee Hoyt McGee serves on the University of New Brunswick Graduate Academic Unit. She is a Nurse Historian/Archivist for the New Brunswick Nurses Association.