Ken Tobias was born Kenneth Wayne Paul Tobias was born in Saint John in 1945 and worked as a draftsman in the early 1960’s while also appearing as a musician at local venues in Saint John. He joined a folk group named the Ramblers in 1961, playing guitar, and he later played drums in a rock band called the “Badd Cedes”.

Ken, like fellow cast member and songwriter Gene MacLellan (“Snowbird”, “Put Your Hand In The Hand”), was given the opportunity to sing his own songs on the show and like Gene, Ken would go on to pen a top ten Billboard hit. Ken moved back and forth between Halifax and Montreal for three years while living in Montreal. He performed at the legendary “Cafe Andre” and toured Quebec as a member of the group “The Crystal Staircase”.  Early in his career Ken moved to Los Angeles where his first record, “You’re Not Even Going to the Fair”, was produced by Righteous Brother, Bill Medley. The Beach Boys were just some of the guests that would drop by the sessions. This song earned Ken his first BMI award for outstanding airplay in Canada. While living in North Hollywood Ken met legendary songwriter Sharon Sheeley, writer of the hits “Poor Little Fool” for Ricky Nelson, and “Dum Dum” for Brenda Lee. Sharon became a close friend and mentor to Ken and introduced him to the The Everly Brothers, Ricky Nelson, and many other great music stars. In 1972 Ken appeared in concert with The Everly Brothers one year before they broke up. Soon Ken had his turn and became a celebrated songwriter when The Bells’ recording of his song “Stay Awhile” became an international hit, selling over one million copies and reaching No. 7 on the Billboard Magazine charts.  In 1972 Ken recorded his first album, Tobias/Dream No.2, for MGM/Verve at MGM Studios in Los Angeles. The title track quickly became a Canadian classic.   “Dream No.2” was followed by the top ten hit, “I Just Want to Make Music”. Some of the great musicians who contributed to this recording included drummer Hal Blaine (Sinatra, Beach Boys, and 1000 others), Joe Osborne on bass, Larry Knechtel (Bread) on keyboards, and Larry Carlton (Jazz Crusaders) on guitar.  In 1973, Ken recorded his second album, The Magic’s In The Music in London, England at George Martin’s Air Studios. This recording included songs he had written on a recent stay at Neil Young’s ranch in California. The album featured King Crimson drummer Mike Giles and bassist Bruce Lynch (Cat Stevens). This album produced the Canadian hit “Fly Me High“. A year later Ken was recording his third album “Every Bit Of Love” for Attic Records. Produced by Ken Tobias and John Capek, the project harvested four hit singles: “Every Bit of Love“, “Give a Little Love“, “Run Away With Me“, “Lady Luck” and several songwriting awards.

In the summer of 1976 Universal Studios included Ken’s song “Good To Be Alive in the Country” in the hit TV series The Bionic Woman starring friend, Lindsay Wagner who sings the song in the episode “Road To Nashville”. In that same year Ken produced Siren Spell, his fourth album, which was followed the next year by Street Ballet. In 1978 Ken expanded his music work to Rome, Italy where he collaborated in the writing of the soundtrack for the Italian movie “A Silver Saddle”.

Two successful singles taken from Street Ballet had increased the demand for a compilation of Ken Tobias hits. The “Ken Tobias Collection – So Far… So Good”, was the result.

In 1983 Ken released “Here You Are Today”, his tribute to his home town of Saint John for Canada’s first city’s bicentennial. In that same year his Tourism New Brunswick commercial won the prestigious CLIO Award.

As primarily an exhibition of his work as a songwriter, in 1984 Ken recorded ten of his most recently penned songs under the album title Gallery, a co-production with the Canadian Broadcasting Corporation. A second album that year was a venture into music for children via his album “Ken Tobias – Friends”. CBS Records added the album to their new children’s label, Kiddin’ Round Records. The title song “Friends” was featured in the 2004 feature movie Chicks with Sticks about a women’s hockey team. 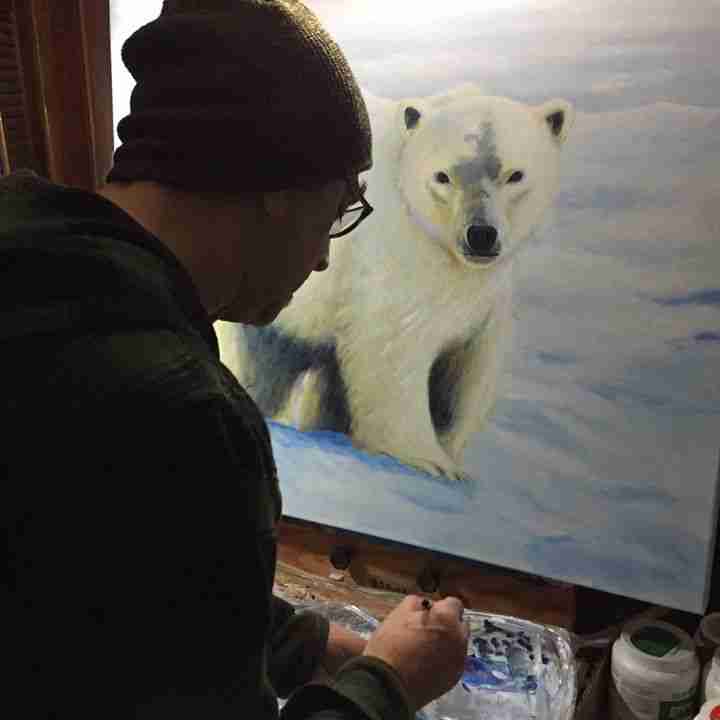 Ken Tobias continued through the eighties to be a prolific and all-around creative artist. In recent years his talents have expanded to painting. Over two hundred of his paintings have been sold and are hanging in private homes throughout Canada and the U.S. His music has also broadened into the realm of film and television. He has written and produced the music for several film and television programs including the 1987 award winning Shelley Saywell documentary “Shahira” and the 1988 award winning film “Toronto: Struggle For Neighbourhood”. Also in 1988 Ken was one of the first Canadian songwriters to be awarded the special Crystal Award by the performing rights society PROCAN in celebration of one hundred thousand performances of his song, “Every Bit of Love”.

In 1989, Ken was commissioned by Ballet Jorgen to create music for a feature segment of their new ballet. The result was a wonderful work entitled Dreams of A Subtle World.

In 1991, Ken completed the score for the two-hour television documentary “The Greenpeace Years”, aired nationally on CBC and distributed worldwide.

The Fall of 1992 saw Ken in production at Toronto’s Reaction Studios recording six new songs. The songs were released to Canadian radio in the Spring of 1993 by Pangaea Music. His new songs once again clearly confirmed Ken’s strength as a songwriter and his incredible vocal talent.

1993 and 1994 included television and live performances.

In 1994 Ken was awarded the SOCAN Classics Award for one hundred thousand performances of his hit “Every Bit of Love” followed in 1995 with the same prestigious award for two more of his songwriting hits, “Stay Awhile”, and “I Just Want to Make Music”.

In 1998 the book “On A Cold Road: Tales of Adventure in Canadian Rock” written by Rheostatics guitarist and music journalist, Dave Bidini was released with several pages dedicated to the music adventures of one of Canada’s music pioneers, Ken Tobias. Ken’s music experiences were the subject of many of the print and television reviews of the book.

In 2002 Ken performed at the East Coast Music Award’s Songwriters Circle in Saint John. This was his first performance in his hometown in years. In that same year, Ken also produced and arranged the self-titled debut CD for Toronto singer-songwriter, Kim Jarrett. In 2004, Ken hosted a song circle for the Saint John “Festival By The Sea” and followed in the same year a performance with Terry Kelly for the Canadian National Institute for the Blind which included the Celtic group The Cottars. At the 2004 East Coast Music Awards in Newfoundland, he performed at his friend Rylee Madison’s “Behind The Song Cafe”.

Ken also finds the time to share his knowledge and experience with emerging songwriters through his work with the Songwriters Association of Canada.

Ken has also been co-writing with some of the best new emerging singer-songwriters including east coast sensation Jessica Rhaye.

Whether it is his songwriting, his dynamic stage and television performances or his recording and producing, Ken’s music always achieves creative success. His entire career and all of his successes to date have been based on his pursuit of excellence in his music. Ken Tobias continues to make music in his own tradition and audiences continue to applaud.

Ken lives in Saint John and often plays to packed houses when he performs at one of his favourite local clubs the Blue Olive.

Ken continues to write and produce music while dedicating more and more time to his second love… painting.