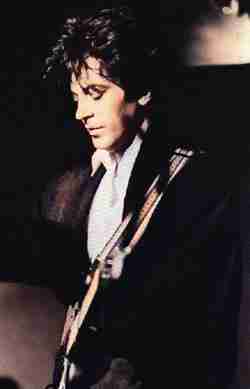 The career of Kevin MacMichael certainly has been an interesting one. Born in Saint John (1951) and coming from a musical background, his father played drums and his mother was a teacher. While still in school, Kevin picked up the guitar and began his life-long passion for playing this instrument. He must’ve been quite inspired as he apparently then learned how to play over 200 Beatles songs on guitar! (212 to be exact).

Kevin MacMichael began his career playing in local bands on the East Coast of Canada in the late 1970’s, notably the band Spice. Spice featured another guitarist Floyd King, who Kevin would continue to collaborate with over the years. They released a few singles that are very difficult to find now, including “Prisoner of Love” and “Beautiful You”.

Not much is known about the early 1980’s, except that Kevin began working with a band called Fast Forward based in Halifax. The membership consisted of Kevin, Paul Eisan (bass), Floyd King (guitar), Floyd’s brother Alan King (keys) and Peter Large (drums). (The Halifax-based Fast Forward band should not be confused with a similar named band featuring Ian Lloyd and Canadian Bruce Fairbairn, who went on to become a famous rock record producer in his own right). During a tour of Canada with Fast Forward, Kevin met Nick Van Eede who was singing with another band called The Drivers. Nick was from England, but had been living and working with the Drivers in Canada for the past two years. He was suitably impressed with Kevin’s guitar playing and at the end of that tour suggested that they should get together and form a new band.

In 1985, Kevin Macmichael took a big chance and decided to move to England to start this new band with Nick. It was a tough decision for him and his family who stayed in Canada in the hope that the new band would be successful. Kevin flew into Gatwick and began working fulltime with Nick to form Cutting Crew. They worked up new songs and eventually recorded the first album, Broadcast, in studios in England and New York. The first single “(I Just) Died In Your Arms” was released and it went straight to the top of the charts. The plan had worked and Kevin’s family was able to move to England to be with him.

This was Kevin’s most visible period, as the band put out three full albums and toured the world to promote them. The Cutting Crew hit #1 on Billboard and were big favourites on MTV in the late 1980’s. Kevin appeared with guitar in hand and was always seen in his trademark leather jacket (which some claim he never took off). He co-wrote some of the band’s biggest songs and the musical result of working with Nick Eede was nothing short of astonishing. Their partnership was very magical and produced some amazing songs that still resonate today. Anyone listening to Kevin’s distinct guitar work on the title track to “Broadcast” alone, must be impressed. Unfortunately this career highlight came to an end all too soon when Virgin Records was purchased by EMI in the early 1990’s. Cutting Crew’s amazing 3rd album “Compus Mentus” had just been recorded, and the new label not only didn’t promote it, but sadly dropped the band from the roster altogether. 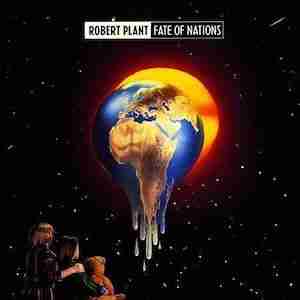 After Cutting Crew’s untimely end, Kevin landed what was probably the hottest guitar-playing job available in 1993. He went to work with Robert Plant, the famous lead singer of Led Zeppelin. Plant had been a solo artist since 1980, and was looking for a new guitarist he could really identify with. Plant’s producer, Chris Hughes, recommended Kevin as a friend of his who had played guitar for the Cutting Crew. Interviews from the time described Kevin’s audition, with Plant being simply ‘blown away’ by his ability. Together they recorded the fantastic “Fate Of Nations” album which is full of Kevin’s trademark guitar sound, notably on the song “Calling To You” where Kevin was also seen in the video. The result has been described by the Robert Plant Homepage as “probably Robert’s best piece of work.” Noted British music magazine “Q” gave the album four stars and called it one of the 50 best albums of 1993. Rolling Stone magazine also gave it four stars and described the “chimingly inventive guitar” of Kevin as being a key part of the devastating song “I Believe”.

“Fate of Nations” went on to sell over half a million copies and received a Grammy nomination, thanks no doubt in part to Kevin’s stellar guitar playing. Besides co-writing three songs on the album, Kevin was named as the musical director for the touring band and in 1993 he toured with Plant throughout Europe to promote the album. It had been a whirlwind the past few years and while on holiday in Greece during a tour break at the end of summer, Kevin decided it was time to come home. He returned to Dartmouth and collaborated with number of Canadian East Coast musicians including Wayne Nicholson, Tribute, Chris Colepaugh & The Cosmic Crew, The Rankin Family and Sons of Maxwell.

Having toured the world with two big bands, Kevin took a remarkbly simple approach and began producing the work of local artists. He joined his brother Reg who had started his own studio, “Soundpro Studios” and appeared at local events such as the East Coast Music Awards. Kevin continued to quietly work behind the scenes, playing, arranging and producing records for both established and up-and-coming arists.

During the time Kevin worked with Robert Plant, fellow guitarist and producer Phil Johnstone began working on a side-project called the Chernobyl Poppies. The album was recorded at the same time as Fate of Nations, and features Kevin on guitars and vocals. It was eventually released in the fall of 1996 and is still available online today.

As the 90’s came to a close, Kevin was busy playing guitar and singing in a unique touring Beatles tribute show, featuring ex-Beatle Pete Best. Demonstrating his vast knowledge of guitar classics, Kevin also appeared with his pal Floyd King and Best on drums. The show toured the East coast to rave reviews and delight from fans.

In early 2002, Kevin announced that he had been diagnosed with lung cancer. Support from family, friends and fans poured in from around the world and a fund was established to cover his medical costs. On March 28, 2002, a benefit concert was held for Kevin in Halifax. This amazing event, organized by some of his closest friends, showcased Kevin’s life and talent. The fact that well over 1,000 people attended was testament to Kevin’s popularity and his lasting impact upon Halifax and the East Coast music scene.

Throughout the remainder of the year, Kevin’s condition slowly worsened. The support of his family and friends however was unwavering. Kevin passed away quietly in the early morning of Tuesday, December 31st 2002.