The Scots-Canadian settlement of New Kincardineshire was an event which captured the interest and imagination of everyone in New Brunswick. It was the largest immigration with the exception of the United Empire Loyalists, ever planned for New Brunswick.  It is believed to be the largest emigration of people from one small locality in the Old Country ever to establish a single community in Canada.

The largest group arrived in Saint John on the Castalia and the next year a second group arrived on the S.S. Sidonian . For twelve years after that, single families or small groups trickled in to join their friends and relatives in the settlement which soon became known far and wide as the “Scotch Colony”. 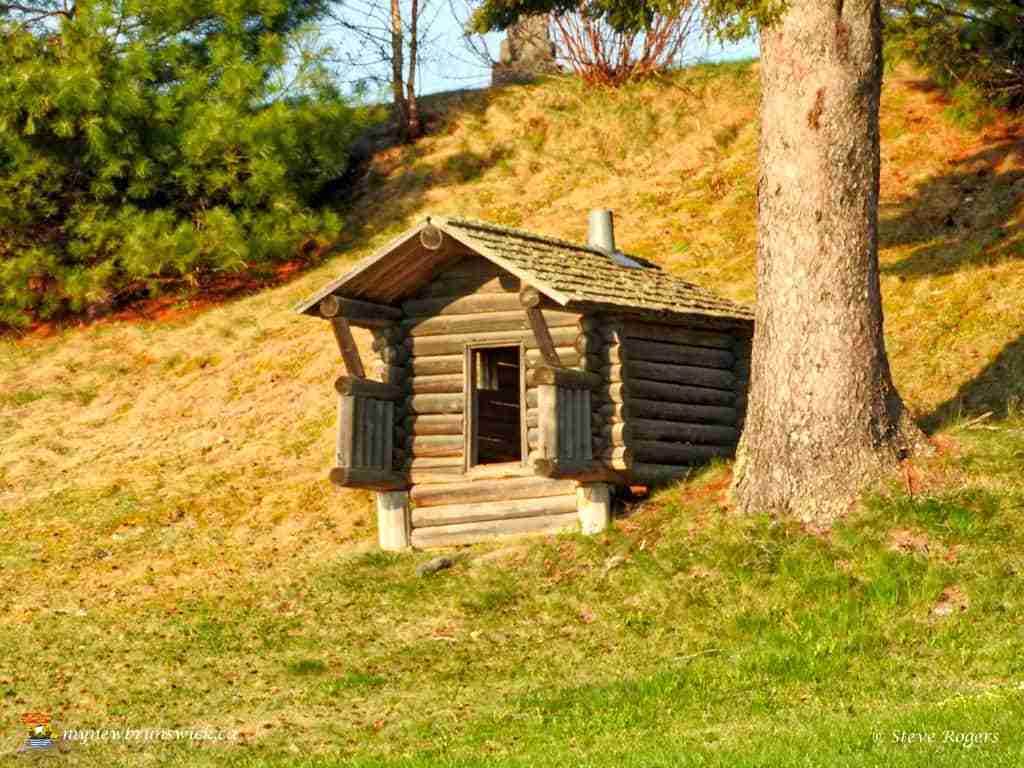 The new folk came from Kincardine and Aberdeen and were encouraged by Captain Brown of the Anchor Shipping line. He came from Stonehaven in Scotland. He had seen thousands of people in Scotland struggling to make a living on a single stony barren acre to which they could never hold title. They laboured in a treadmill existence and the future held little hope. Captain William Brown described the prospective settlers as a generous and congenial people. He believed they would be fairly planted in one of the best alluvial tracts of land amidst beautiful scenery. Also, he believed that the Colony would progress rapidly by its own energy. The colonists were chosen from Kincardineshire, exclusively, and were picked for established respectability and industriousness—all of the men had trades. There were blacksmiths, carpenters , cobblers, millers, painters, rotary sawyers, stonecutters, stonemasons, storekeepers, tailors and weavers just to name a few of these skilled tradesmen. 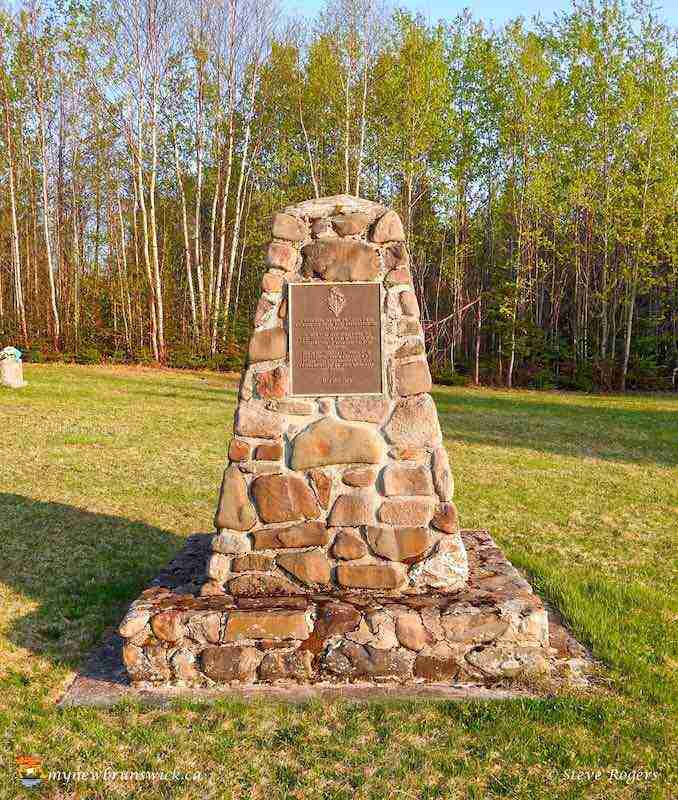 Captain Brown had vision for sure and along with Robert Stewart he travelled  the kite-shaped piece of Victoria Co. between  the Tobique and the Saint John rivers and estimated that each farm would have 2/3 level and 1/3 sloping with room for a sugary, firewood, and building timber. Furthermore, he told them the land was among the best in the world –with no rocks! (Some of his forecasts failed to be true!)

On Saturday May 10th, 1873, the Castalia landed in Saint John and the settlers, after a great welcome, made their way up river to Kilburn. What a shock to find that a severe winter had restricted road and home building and snow still lay deep! Many Canadians warned them that they should stay in Saint John and Fredericton and find work but the leal-hearted settlers laughed and replied “We’ll ken mair aboot it, when we try it!”

They did try it and it tried them for sure. But out of the rocky, forbidding wilderness with faith and hard work they carved farms and homes and four hamlets with stores, churches, halls and schools. They called these four areas, Lower Kintore, Upper Kintore, Bon Accord and Kincardine. Their newly learned farming and animal husbandry skills were put to good use.

The Scots Canadians were honest and just, hardworking and hardy. They developed first of all, a community spirit based on trust and honesty, and helped each other surmount obstacles. After a quarter century in N.B. they had farms of 60-100 acres under cultivation, well-built snug frame-houses, big frame barns, good outbuildings, gardens and orchards with farm animals and equipment. It is to these colonists that the settler’s window in the Melville Church, Kincardine, was dedicated in 1948. This window has been ravaged by time and major restoration has been undertaken by the present congregation. Today and into the future, we can all reflect upon its historic significance and artistic merit. 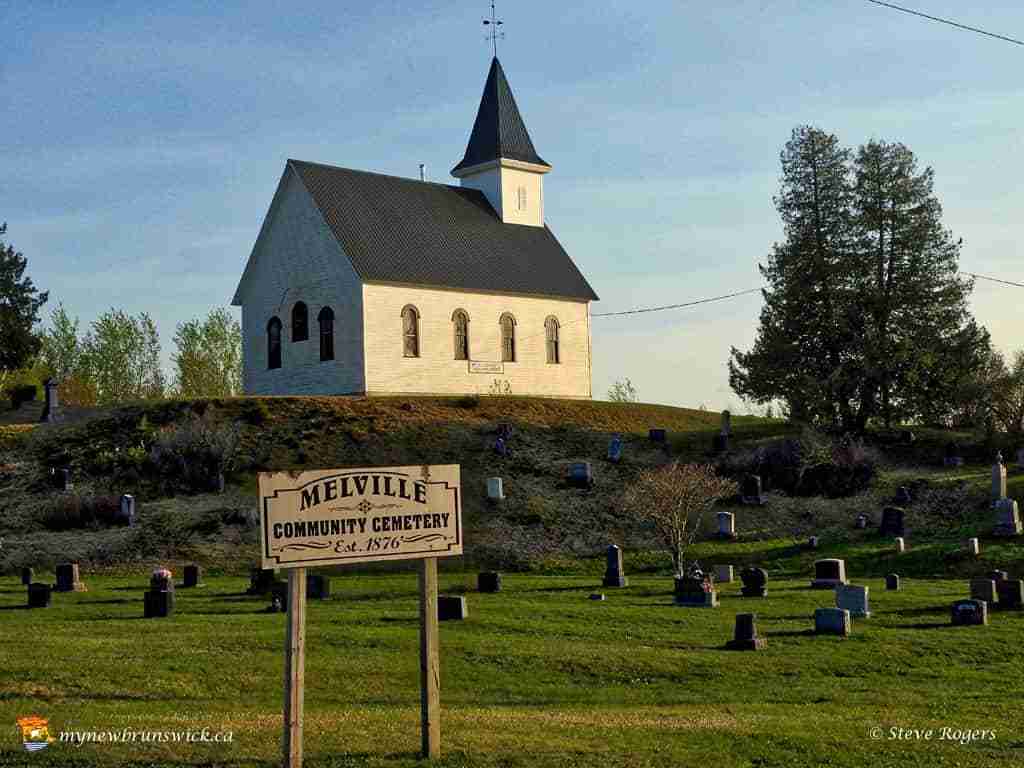 Many pastors have guided our churches from the early missionaries – most famous of whom is Peter Melville, after whom the Kincardine church is named. He, in less than 3 years, saw that churches and schools were organized and/or built in all parts of the colony. The most long serving pastor was Rev. Dr. Gordon C. Pringle whose term as pastor covered 56 years.. 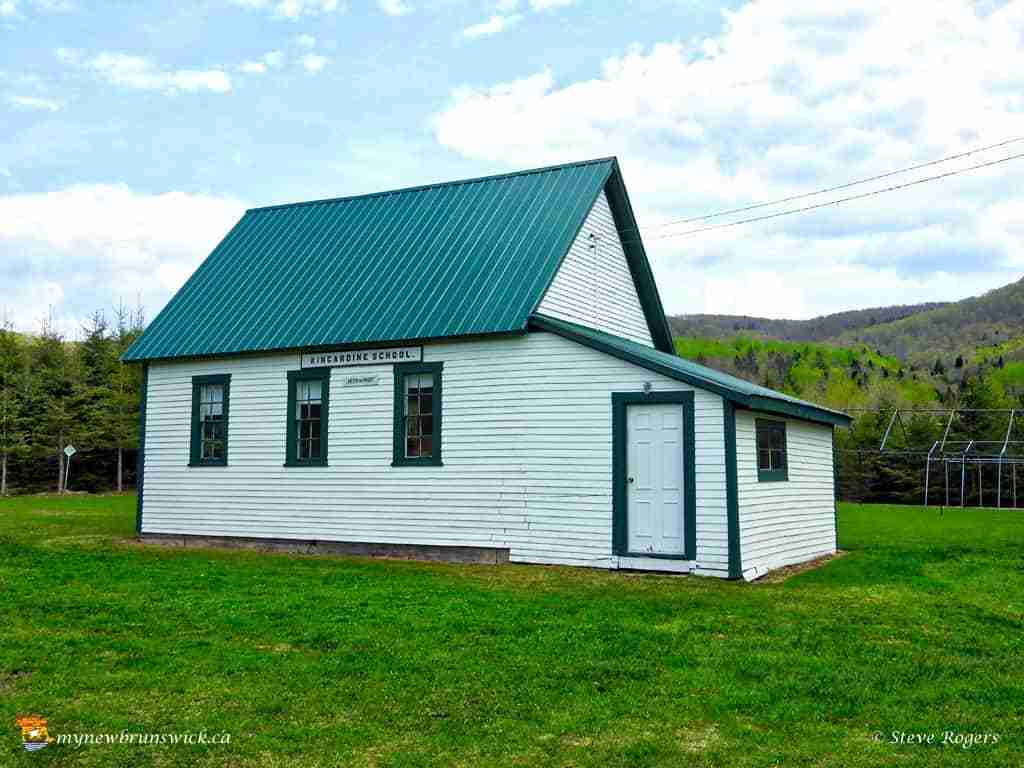 The bell you hear rung prior to service bears the inscription- “Presented to the church in Stonehaven by the Anchor Steamship Company, Glasgow 1873.” The exterior of the steeple housing the bell has been restored.  In the early days, Capt. Brown referred to what is now Kincardine as Stonehaven.  Those who farmed here may tell you that name suited it well!

The original settlers would be proud of their colony today. Many descendants still live here and the spirit of faith and accomplishment still lives on. The church stands tall and proud with its restored steeple and bell tower. The peaceful cemetery ground is well maintained. The congregation, though much smaller, serves and cares diligently for church and community. There is also a beautiful, small church, Upper Kintore United, still operating in the northwest corner of the Scotch Colony. 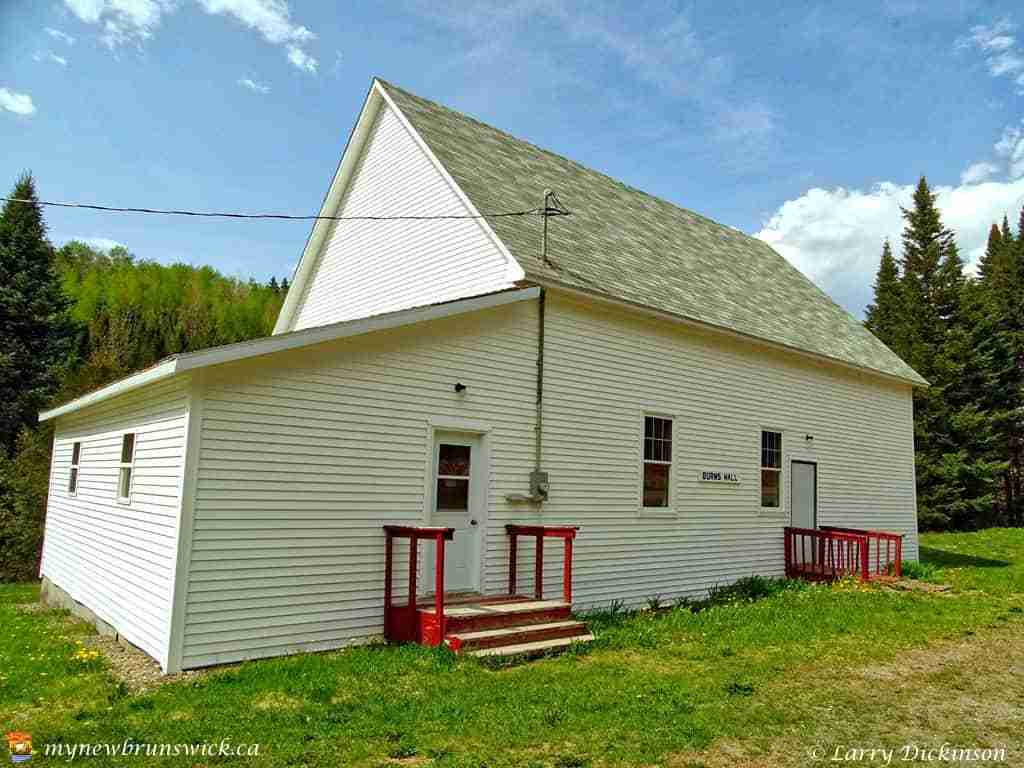 Activities related to the Scots and their history include an annual Burn’s Night Concert with a Sunday afternoon matinee as well.  The popularity of this Colony event is proven by two full house audiences. Two United Church Women groups function in the area. The colony ladies are becoming well known for their baking which they sell occasionally at the Perth Andover farm market as a fund raiser.  The love of music is evident in the folk here.  There have been violin makers, fiddlers, pipers, guitarists and vocalists among the residents.          . 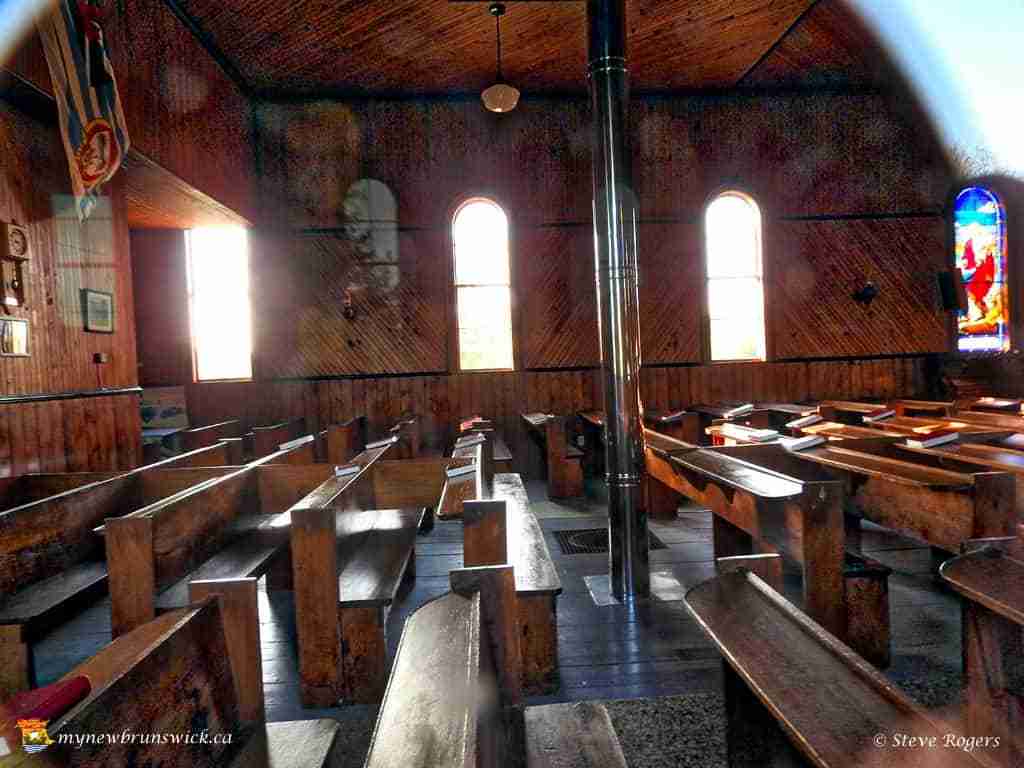 The Scotch Colony still has residents who are descendants of the early settlers and others who have chosen to live here and have been welcomed.  There is a spirit of community and care which has persisted through the years in this beautiful place we call home. 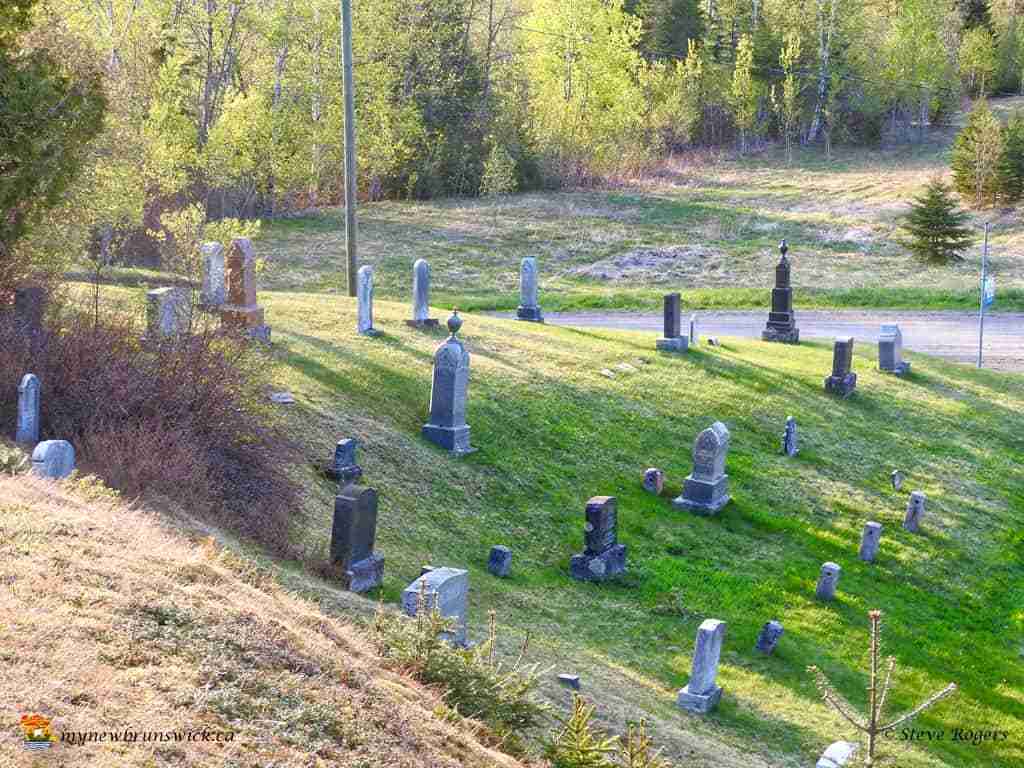 Written by Cari Grierson from notes in several histories and stories told to her. Kincardine NB

Here is a list of the the graves in the Melville United Church Cemetery. 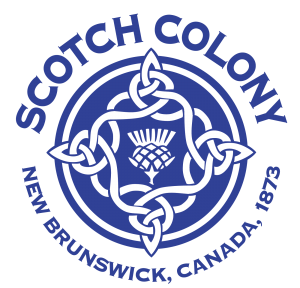 Here’s a CBC-TV News story on the Scotch Colony.

Here is the link to the accompanying CBC-TV story, with beautiful photos, about the Colony and their Burns Celebration.