The L.P. Fisher Public Library is one of the Town of Woodstock’s prized community assets.  Situated at 679 Main Street  in the heart of town. It was designed and constructed early in the 20th century by Lewis Peter Fisher (1821 – 1905). Fisher was a lawyer, Mayor and the town of Woodstock’s greatest benefactor. He was elected mayor in 1856, year the town was incorporated. He held the office for 24 consecutive years.

Fisher was born in Fredericton in 1820. He studied law there before moving to Woodstock in 1841 to practice on his own.

In 1865, Fisher was appointed Judge of Probate, an office he held until his death.

L.P. Fisher suddenly became ill at 85 and died within two days on Oct. 10, 1905. His will saw an estate of almost half a million dollars left for public purposes, including the creation of the L. P. Fisher Public Library, the Fisher Memorial School, the Carleton County Vocational School and the Fisher Memorial Hospital (which was his residence).

In the early 21st century, the L.P. Fisher Public Library is both a heritage building owned by the town and a busy working library, part of the provincial library system.  An expansion known as the Thompson Centre was added to the back of the building in 2014.  This is now the main entrance into the library. 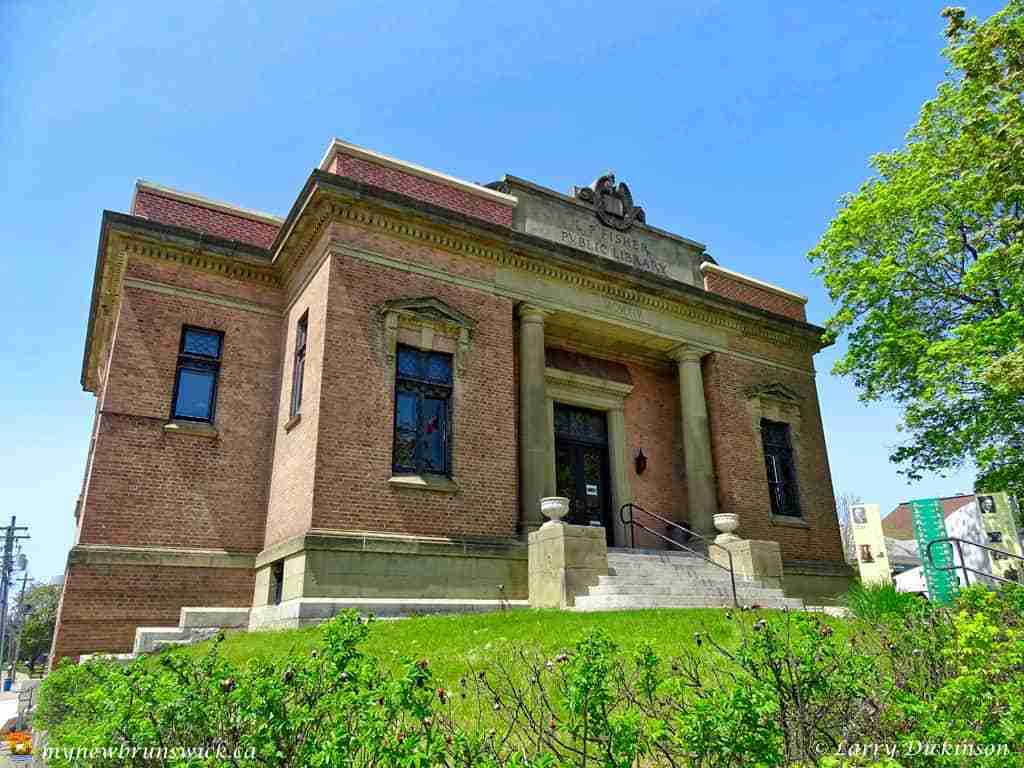 The library also houses two specialized collections: the local historical and genealogical reference books and manuscripts of the W.O. Raymond Room, and the Dalton Camp Canadiana Collection, both named for and in part provided by writers whose roots were in Woodstock.