Beaver Harbour was settled in 1783 by a group of Loyalists who fled the United States at the close of the Revolutionary War. By June 4, 1785, when the town was incorporated, there were 800 residents. A great fire in 1790 destroyed all but one home in the town, causing many of the original settlers to relocate elsewhere, but Beaver Harbour was slowly rebuilt over the ensuing years. 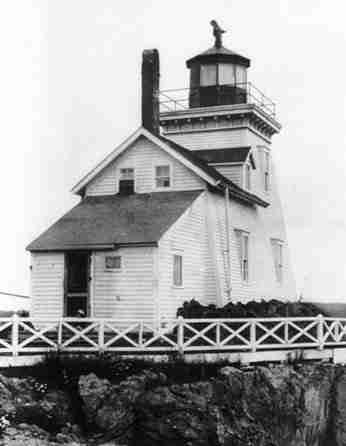 Parliament appropriated funds for a lighthouse at Beaver Harbour, Charlotte County in 1874, and a site on Drews Head, just south of the harbour, was selected that fall and eventually purchased from Lewis Holmes at a cost of $100. Messrs. W. B. Deacon and John Ward of Shediac built the lighthouse, which consisted of a square, wooden tower, attached to a dwelling, under a contract for $1,650.

Ezra Munro was appointed the first keeper of Drews Head Lighthouse at an annual salary of $250, and he made the inaugural lighting of the tower’s lamps on January 15, 1876. The lighthouse tower measured thirty-six feet high from base to vane, and its fixed white light was exhibited at a height of forty-five feet above high water. The Lighthouse Point lighthouse served to guide vessels into Beaver Harbour, which was frequently resorted to as a harbour of refuge.

John H. Harding, the agent for the Department of Marine at Saint John, visited Drews Head on August 31, 1876 and reported that he was both surprised and pleased to see the improvements that had been carried out since the lighthouse was built. Keeper Munro, aided by his family, had cleared the property and built a small wharf for landing supplies. Though described as “a man of weakly constitution,” Keeper Munro was credited for being “very attentive to his work, and desirous of discharging his duties to the best of his ability.” In 1877, Ezra Munro requested a raise of $100 as even with the most rigid economy he was unable to maintain his large family and did not want to become “pecuniarily embarrassed.” 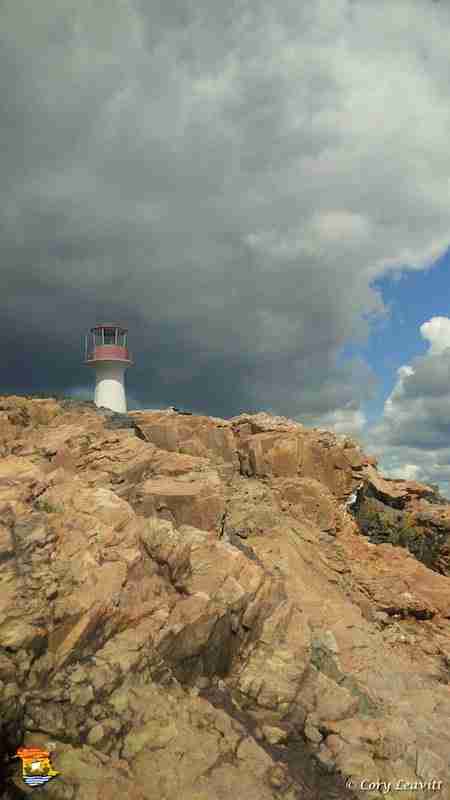 In 1882, Ezra Munro exchanged assignments with Edward Dukes Snell, who was keeper of the Southwest Wolf Island Lighthouse. In doing so, Munro’s salary was increased to $500, which should have been sufficient to support his family. Keeper Snell served at Drews Head for nearly ten years until his unexpected passing in February of 1892. Born in England, Snell served on a British man-of-war before settling in New Brunswick and working as a pilot out of St. Andrews for several years. After his time as a pilot, he started his career as a keeper at Southwest Wolf Island. In his obituary, Edward Snell was remembered as “a splendid specimen of physical manhood – a typical ‘old sea dog’.”

David Eldridge was paid $30 in 1892 for making sixty-three rods (300 metres) of road from the lighthouse to the public road. In 1900, a hand foghorn was supplied to Keeper John C. Conley to be used whenever the fog signals of vessels in the vicinity of the stations were heard. A seventh-order lens and lamp were substituted for the antiquated lamps and reflectors in 1905. The new lamp burned petroleum vapour under an incandescent mantle to produce a fixed white light that could be seen ten miles. In 1915, a fourth-order lamp was installed in the lantern room.

The original combination dwelling and tower served until the late 1960s, when it was replaced by a skeletal tower. The present fiberglass tower dates from 1984.

Until recent years, this lighthouse was known as Drew’s Head; now, it has the appropriate but non-distinct designation of Lighthouse Point. Click here for information on more New Brunswick lighthouses.