This late Queen Anne Revival “eclectic” displays the transition between the extravagances of the high-Victorian “gingerbread” styles and the more restrained styles of the early 20th century. 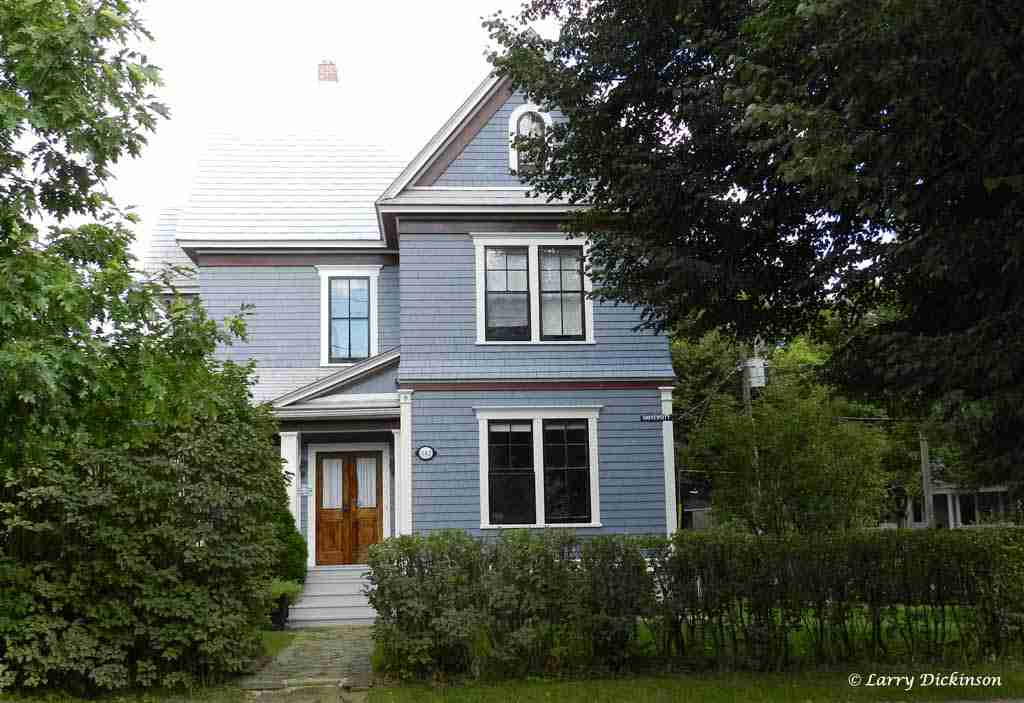 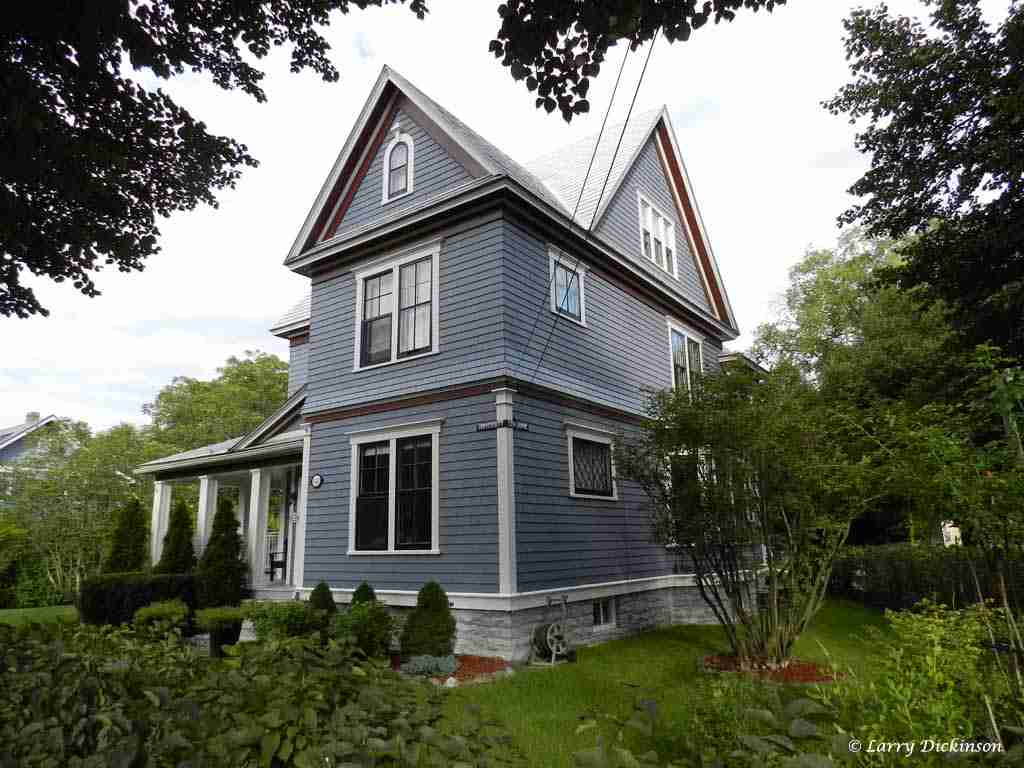 Elements such as the round-topped gable windows with keystones, neat columns and pilasters with carefully molded capitals and bases on the porches and corners, and simple gable roof forms all reflect quality workmanship and understated elegance vs. ostentatiousness.

Built in 1903 by Thomas Allen for eminent UNB professor Loring Bailey, this house had a virtual twin at 343 University Avenue in Fredericton, which was substantially remodeled in 2000. It is located at 342 University Avenue.