In 1861 at the age of twenty-two, Harvard graduate Loring Woart Bailey was hired by UNB in Fredericton to teach chemistry, physics, geology, zoology, physiology and botany. Bailey became a distinguished professor and scientist, and built this large house (329/331 University Avenue) circa 1876, naming it Sunnyside. 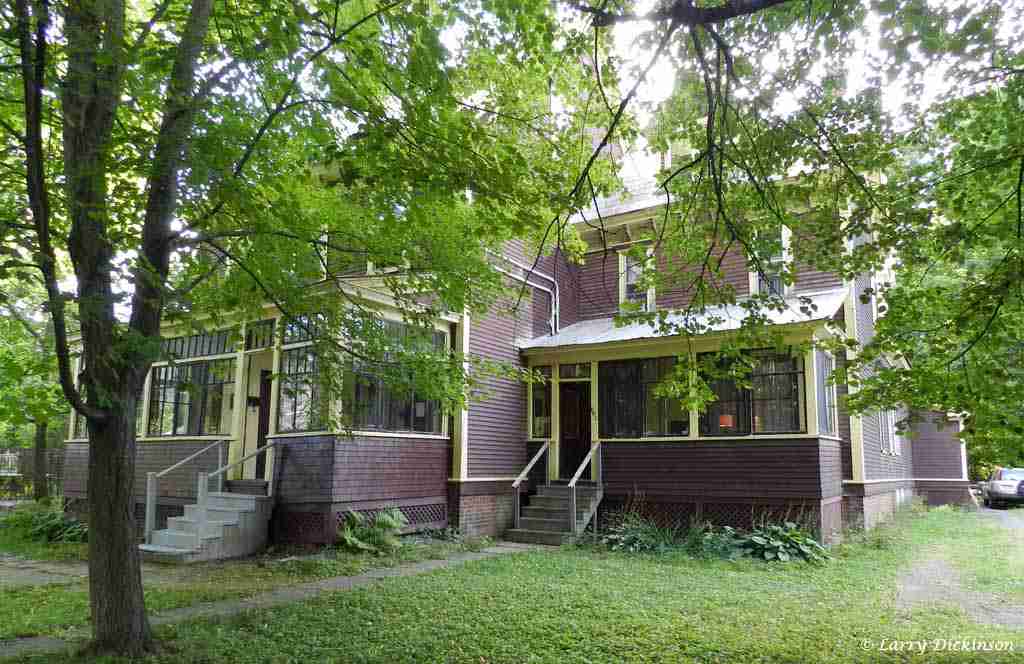 In 1877 or 1878, Bailey was involved in quite possibly the first operation of a telephone in the Maritimes. The homemade model connected Sunnyside to a house at 898 Charlotte Street, several years before a telephone exchange existed in Fredericton.

In 1966, Sunnyside became the home and studio of celebrated Canadian artist Tom Forrestall in 1966, and is still occupied by his son, painter William Forrestall.