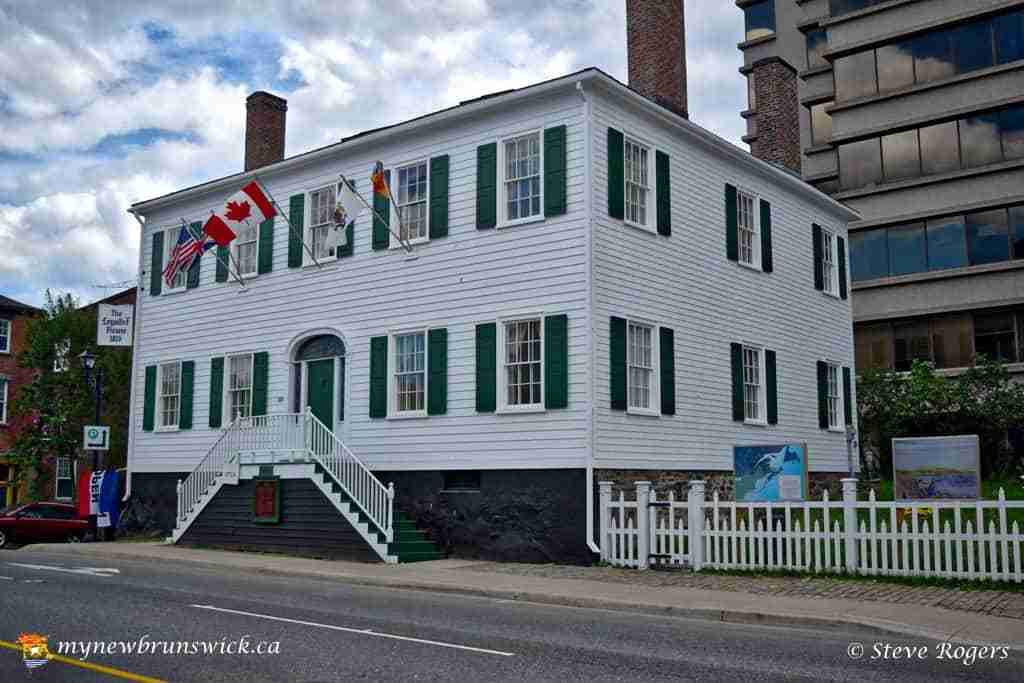 Loyalist House is an important example in Saint John of a large Neoclassical residence in the Adamesque style. The proportions and decorative motifs reflect the fashion for Classical (primarily Greek) Antiquity as interpreted in the American Federal Style, which itself derived from the works of Charles and Robert Adam in Britain in the 18th century. Loyalist House shows many standard features of the elegant Adamesque style such as a symmetrical square plan, a hipped roof with a slight ridge, four massive brick chimneys, an elliptical transom and sidelights with fine tracery. The symmetry and rhythm of the fenestration is also indicative of this style. The residence also exhibits well-proportioned and finely executed Adamesque interior mouldings and woodwork including fine carving, deep mouldings, curved staircase, and hidden curved doors at the end of the entrance hall. Original furniture also survives in the house, including Sheraton, Empire and Duncan Phyfe patterns and examples from local furniture maker Thomas Nesbitt. In the kitchen the original fireplace implements are still in place, including an iron pressure cooker, dating back to 1795. A tall shingled carriage house with semi-circular fan light also survives on the site. 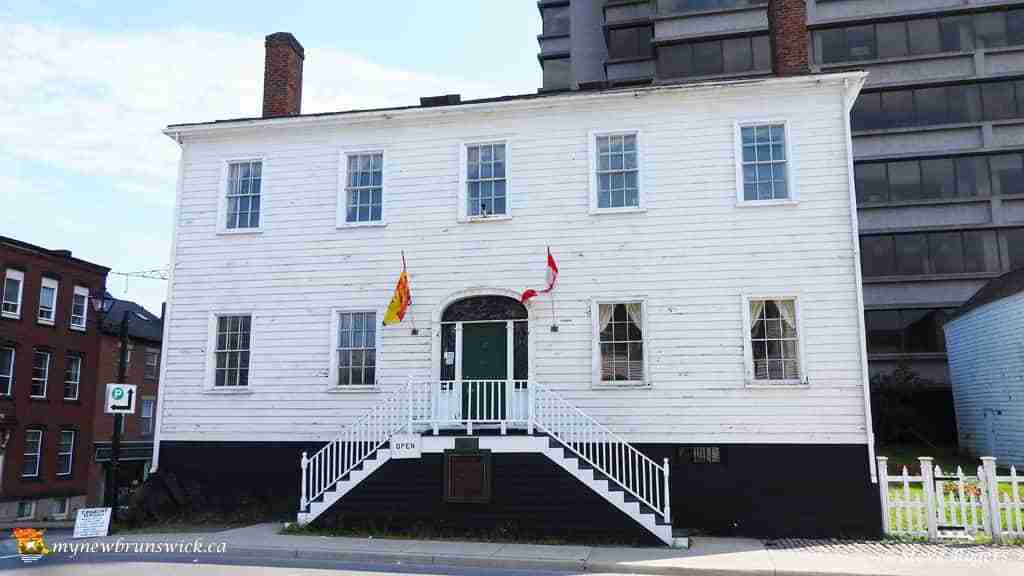 The Merritt family from Rye, New York came to Saint John in 1783 with the Queen’s Rangers after defeat in the American Revolution. A large branch of the family moved on to Ontario where they rose to military and business success. Thomas and Amy Merritt stayed on in Saint John with their family. Their third son, David Daniel, constructed “Loyalist House” circa 1811 for himself and his family of seven on the corner of Union and Germain streets. 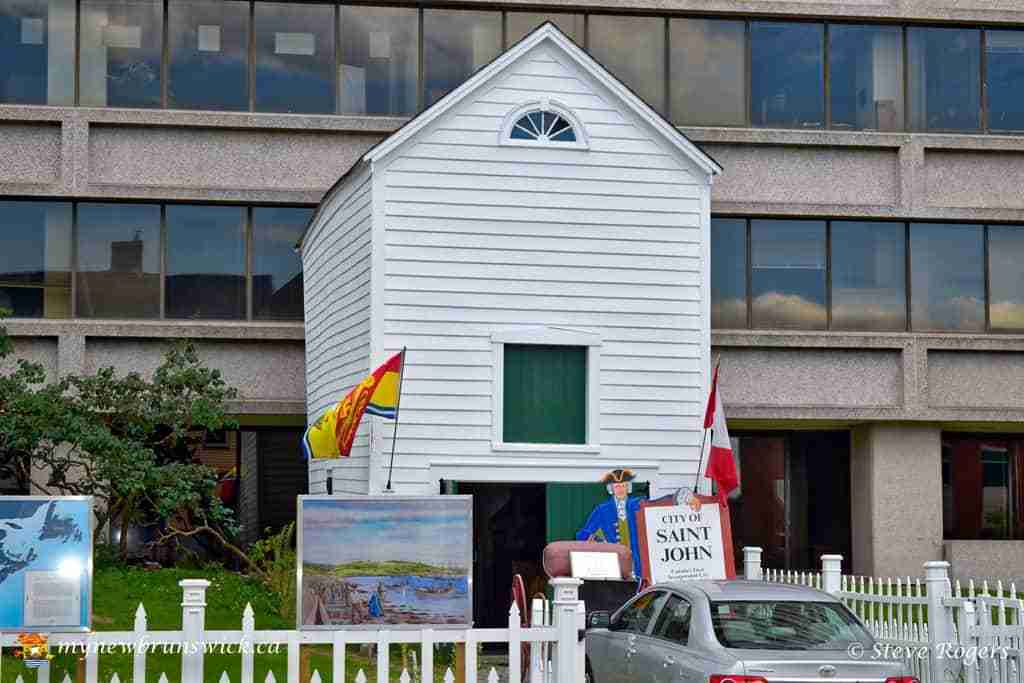 The house was completed circa 1817, making it an excellent example of the gains in status and luxury of a successful second-generation loyalist family. David died in 1820, leaving the house to his son, David Jabez Merritt. Upon his death in 1884, it was passed to his daughter, Louise Harrison; and her son, Louis, in 1941. Louis Merritt’s son David was born in 1946, making him the fifth generation to live there. The Merritt family was prominent in Saint John life. The New Brunswick Historical Society bought the Merritt House in 1959 and has since operated it as a museum dedicated to the city’s Loyalist roots.