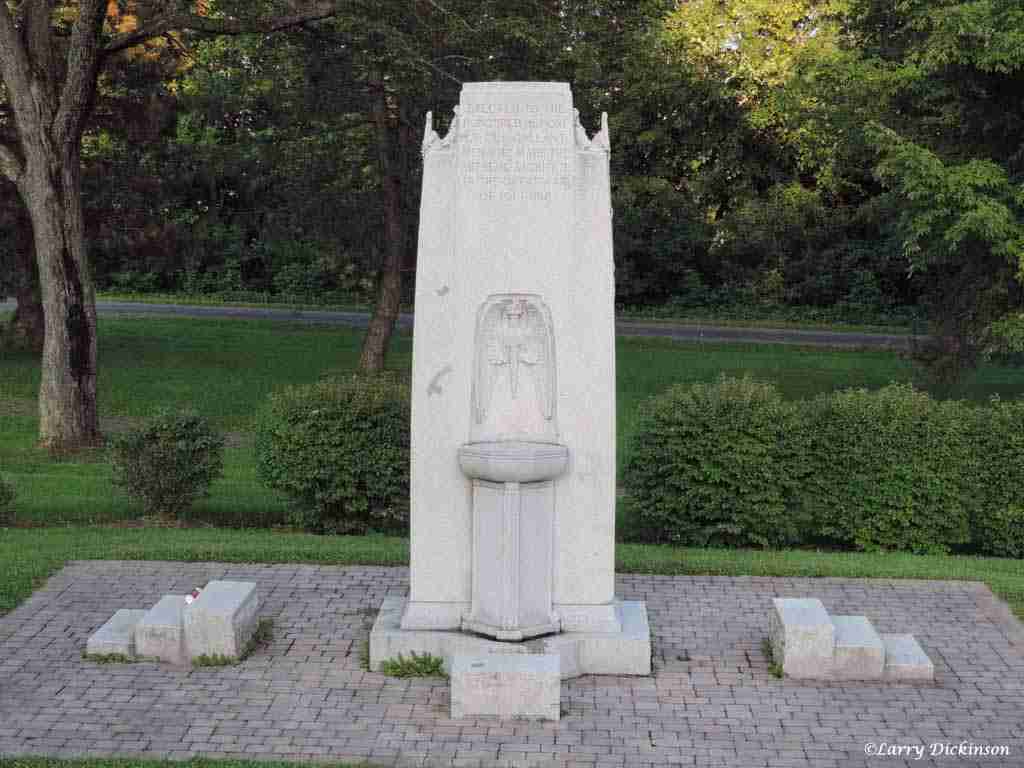 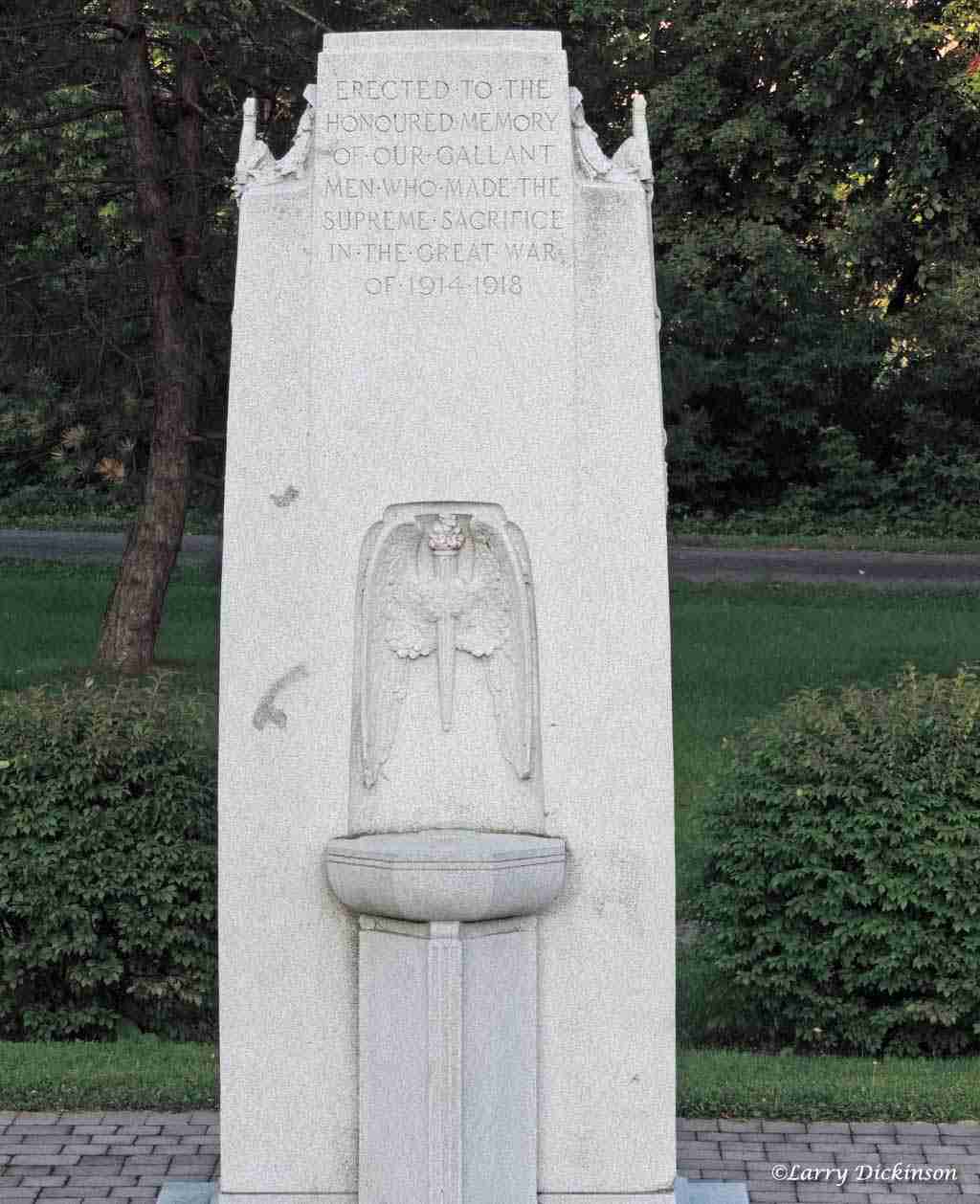 The Marysville Cenotaph, 190 Canada Street, is located in Veterans Memorial Park on the corner of Canada and Bridge streets. Overlooking the Nashwaak River, the site features two granite monuments and a six-pounder anti-tank gun on a landscaped lot.

The Marysville Cenotaph is designated a Local Historic Place for its commemoration of those from the district who were lost in the World Wars. The First World War monument, an obelisk carved of light-coloured granite, was erected in 1925. The less ornate Second World War monument of dark granite was erected in 1967. Both monuments are surrounded by a small park featuring landscaped grounds and a variety of mature trees.

Set within Veterans Memorial Park, a small recreational site situated along the former railway line, the cenotaph is set apart from the surrounding commercial area, allowing visitors a quiet space in which to reflect. This land was donated in 1924 to the former town of Marysville by Canadian Cottons, corporate owners of the cotton mill that was the main industry of the town. The town has since become part of the City of Fredericton. Also located on the site is a six-pounder anti-tank gun, which features the artillery red-over-blue tactical sign with a white number two superimposed. The cenotaph is used as a memorial site and for annual Remembrance Day ceremonies.