Growing up in Fredericton, Matt Stairs showed athletic ability at an early age, playing Beaver League baseball a year before his age eligibility; he also excelled in hockey. After playing Bantam & Midget baseball, at age 16 and 17, he played for the local Marysville Royals of the New Brunswick Senior Baseball League and was voted “Rookie of The Year” in 1984 and the league’s Most Valuable Player in 1985. He was also named Nova Scotia Senior Baseball League MVP in 1987 and ’88 while playing for the Fredericton Schooners.

He attended the National Baseball Institute (NBI) in Vancouver, for one year and played for Canada at the 1987 World Amateur Championships in Italy where he was named to the “World All-Star” team. In 1988, he joined the Canadian Junior National team after graduating from Fredericton High School. From there he went on to play for the Canadian Olympic Team at the 1988 Summer Olympics in Seoul, South Korea. 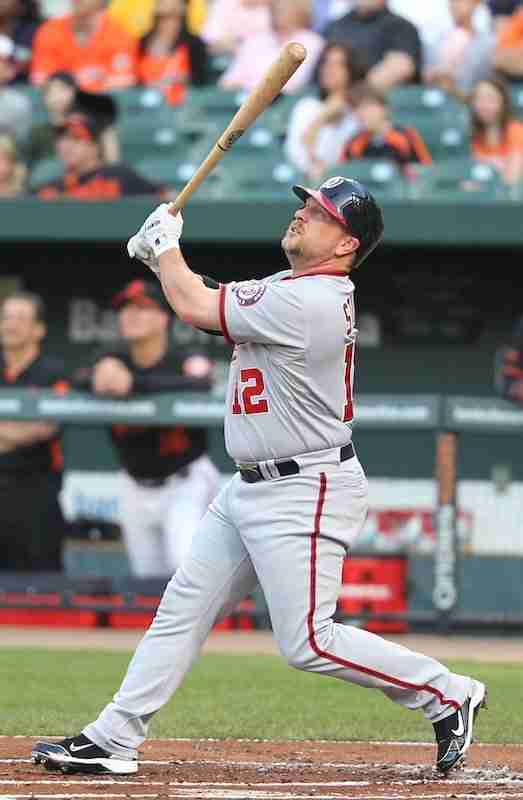 Stairs is a professional baseball outfielder, first baseman, and designated hitter, who holds the record for most pinch-hit home runs in Major League Baseball (MLB) history with 23. 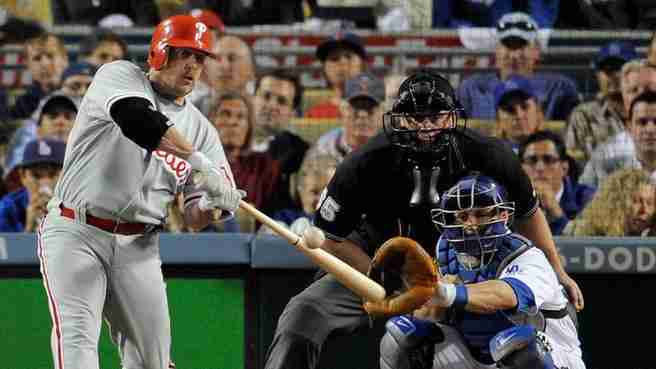 His pinch-hit home run in the eighth inning of Game 4 in the 2008 National League Championship Series off the Los Angeles Dodgers reliever Jonathan Broxton was called “one of the most memorable home runs in Phillies history“.

In his career, Stairs played for more teams than any position player in MLB history (12 — technically 13 teams, but 12 franchises, as he played for the Montreal Expos and Washington Nationals); Octavio Dotel and Edwin Jackson hold the record for pitchers and all players at 13.

He was the second Canadian-born player ever to hit more than thirty-five home runs in a season, and only the second to hit more than 25 home runs and drive in more than 100 runs in back-to-back seasons. He ranks either first or second in power hitting categories for Canadian major leaguers. Stairs also holds the all-time MLB record of home runs hit as a pinch-hitter with 23. His ability to pinch hit made him a valuable asset to several teams and earned him the nickname “Matt Stairs – Professional Hitter”. Stairs, Larry Walker, Justin Morneau, Jason Bay, and Joey Votto are the only Canadian MLB players to hit at least 200 career home runs. On February 4, 2015, Stairs was elected to the Canadian Baseball Hall of Fame. 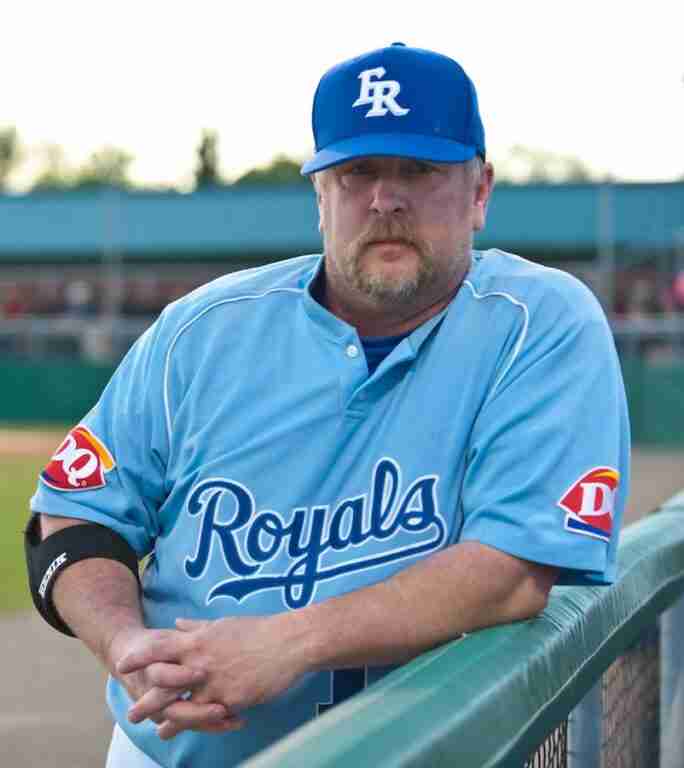 In January 2012, Stairs accepted a job with the NESN sports news station to work as a Boston Red Sox studio analyst. On February 11, 2014, the Phillies announced that Stairs and fellow former-Phillie Jamie Moyer would join the team’s television broadcasting crew as color analysts, following the dismissal of Gary Matthews and Chris Wheeler. Stairs worked with play-by-play commentator Tom McCarthy and in-game reporter Gregg Murphy, and occasionally with Ben Davis, before moving to the Phillies’ dugout as the team’s hitting coach starting with the 2017 season.

Stairs is married to Lisa Astle of Fredericton with whom he has three daughters, Nicole, Alicia and Chandler. He lives in Fredericton and was named coach of the Fredericton High School ice hockey team in 2012, a job he had often referred to as his dream.

Stairs was inducted into the New Brunswick Sports Hall of Fame in June 2012.