The first Postmaster in 1870 was James Haddock, followed by  Charles F. Hoben, James W. Green and William J. Gaynor who built a small building in front of his house on Saunders Road to serve as the McAdam Post Office. A Federal Building was erected in 1934. 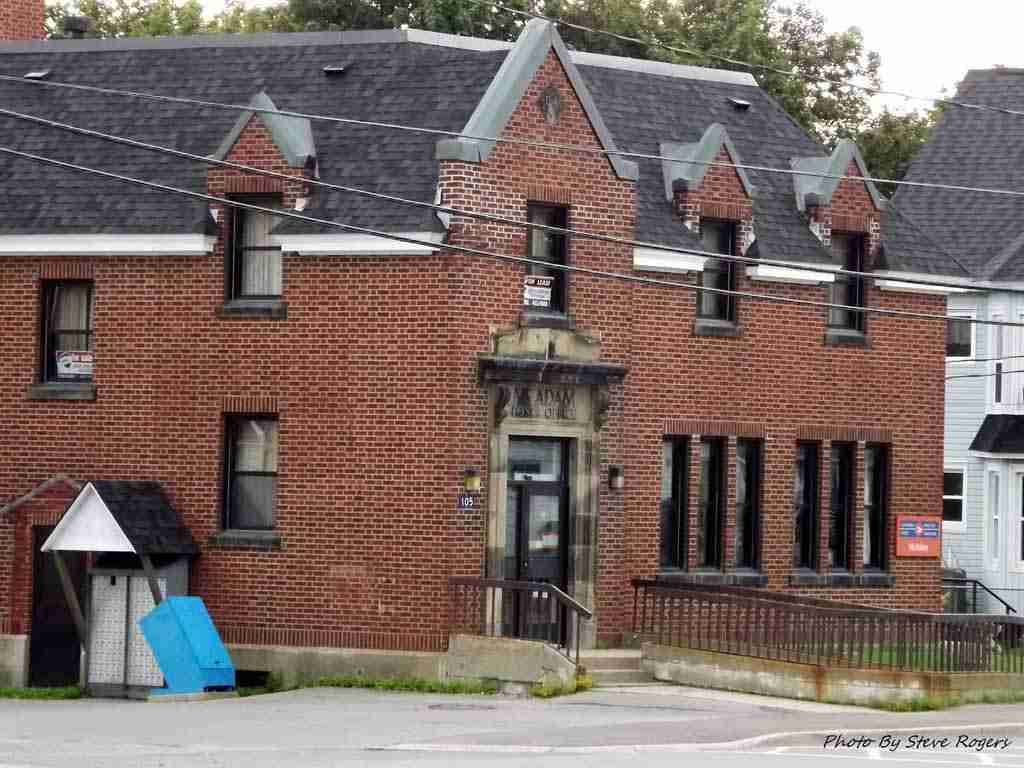 On December 16, 1941, the name “McAdam Junction” was changed to “McAdam” when the Cancellation Stamp at the Post Office which had read “McAdam Junction” for many years was changed to “McAdam.” The alteration is the result of a resolution drafted by Rev. D.H. Maitland, pastor of the Baptist Church, and forwarded to Mr. E.R. Ingraham, District Postal Superintendent. He pointed out that the sign on the Post Office reads “McAdam” and that the Canadian Pacific Railway, Bank, Schools, and Churches do not use the word “Junction.”