Meductic is a small village located along the Saint John River approximately 33 kilometers southeast of Woodstock.

Meductic Indian Village / Fort Meductic was designated a national historic site of Canada in 1924 because the fortified village of Meductic was the principal settlement of the Maliseet First Nation from before the 17th century until the middle of the 18th, and an important fur trading centre when the First Nation came under the influence of the Acadians.

The fortified village of Meductic was established by the Maliseet First Nation on a plateau on the bank of the Saint John River, west of the Eel River. Each spring, the lowlands around the plateau filled with water creating arable land for crops. Until the 17th century, the nomadic Maliseet would regularly visit the site in the spring to plant corn, returning later in the year to harvest their crops. In their battle for this valuable territory, the French settlers in the region allied themselves with the Iroquois, Maliseet and Penobscot, while the English allied themselves with the Mohawk. To defend themselves against the Mohawk and to protect their claim to this geographically significant settlement, the Maliseet established a fort on the plateau.

By the end of the 17th century, Meductic had a Jesuit mission and was incorporated into a French seigneury. The mission changed the landscape of Meductic, and by 1760 the Maliseet, who left to settle in other communities, abandoned the village.

The first settlers to come to this area found no highways or railroads on which to travel. They came up the Saint John River, cleared the land, built log homes, planted their crops and, despite the hardships, reared their families. It was common for a town or village to spring up where a tributary flowed into the river. This is true of a village that formed near Eel River and was known as eel River. Later in the 18th century the name was changed to Meductic. 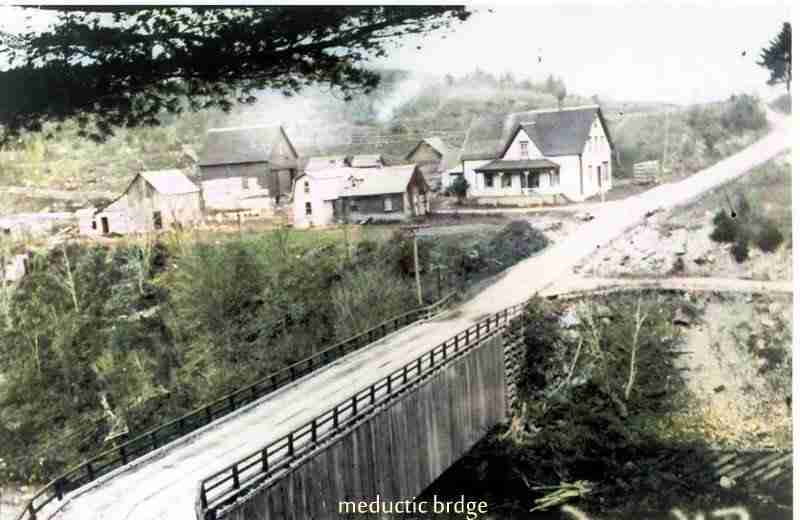 In 1785 there were 33 men, 14 women and 22 children, all of whom were destined to work hard on the land they were to occupy, and to face the severe winter that followed. The regiment made use of a house, which is thought to be the same house in which Russell Cummings lived. 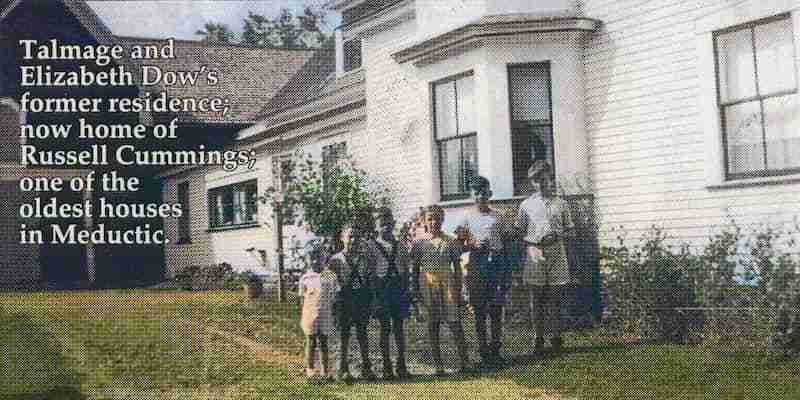 In the late summer of 1786, some of the settlers of Meductic who had begun to clear their lands in the spring were surprised by an early and uncommon frost that foretold of an unexpected early snow. This halted their progress of clearing and also destroyed crops. The Lieutenant Governor from Fredericton ordered provisions be sent to these indigent and unfortunate people.

In 1845 the first regular steamboat service, which would pass through Meductic, was established. In 1864, a Baptist Church was organized for the people of the community. In 1883 a pastor was hired who received $1.00 a month for wages.

By 1896 the village was growing and several business establishments existed in Meductic, some of which included a millinery shop, a blacksmith and a gristmill.

Theoplois Edwards built the millinery shop for his daughter. He previously used the store as a shoe shop where he made shoes for all ages. Since the factories could make them and sell them at a low price, it forced him out of business. He changed the shop into a general store and it later housed the village post office. It burned in 1930.

The Abraham Marsten store was built by Abraham and Isaac Marsten who later sold it to Harry Foster. It burned around 1934. 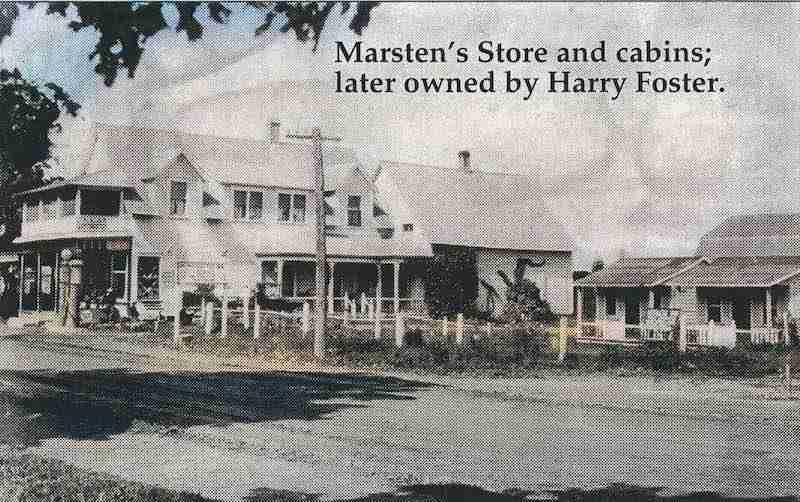 Dr. Turner was, for many years, the only country doctor within a radius of 12 miles. When he retired, he sold the house to Mrs. Flewelling who turned it into a nursing home. 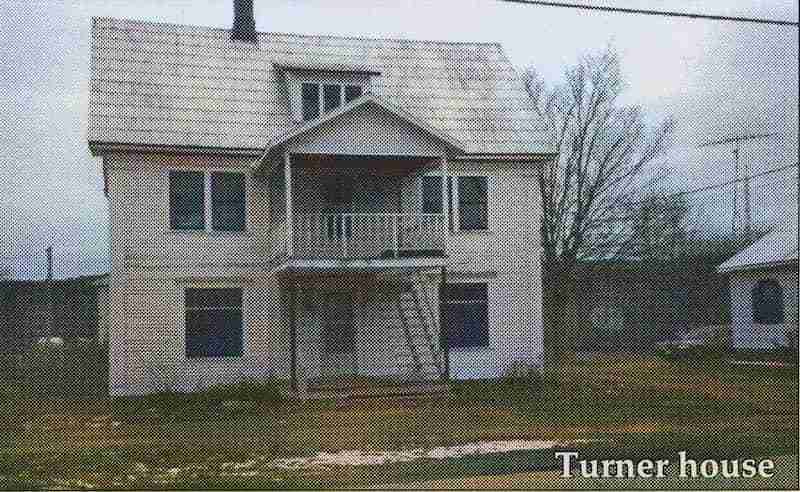 Later she sold it to Bertram Cummings, and when he died it was left to his sons Ralph and Neil. They rented it as an apartment building.

The Aberdeen Hotel was a two-storey building with a dining room, kitchen, sample rooms, men’s and ladies’ waiting rooms. It also housed the first telephone office of the village. It burned around 1916 or 1917.

The Cyrus Farnham watch and clock repair shop was first built and owned by a man named Brown. The house burned in June 1965.

The A.J. Best Taylor Shop was first run by a man named McKay and then sold to Mr. best. The lower rear of the building was later used as a shoe store.

Elisha Moore’s carriage factory and blacksmith shop was all in one building near the mouth of the Eel River. Elisha Moore invented the first peavey, and invention that was stolen from him as he didn’t have the money to patent it. He did pater patent the device for the motorman of a streetcar to throw the switch of the rails from the deck of the car.

Stanson’s Sawmill and Gristmill were run by waterpower from a dam on Eel River where both were located.

Meductic became incorporated as a village in 1966, then the smallest village in New Brunswick. Since then it has become world famous with the arrival of the SABIAN Cymbal Factory.

Meductic is a National Historic Site of Canada. A Historic Sites and Monuments Board of Canada plaque and cairn marking the site is located nearby on Fort Meductic Road. 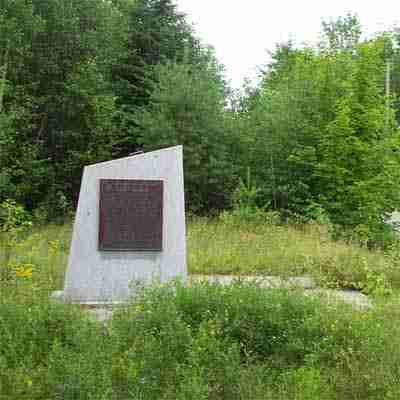 This is the original cairn placed by the river before the Mactaquac Dam was built. 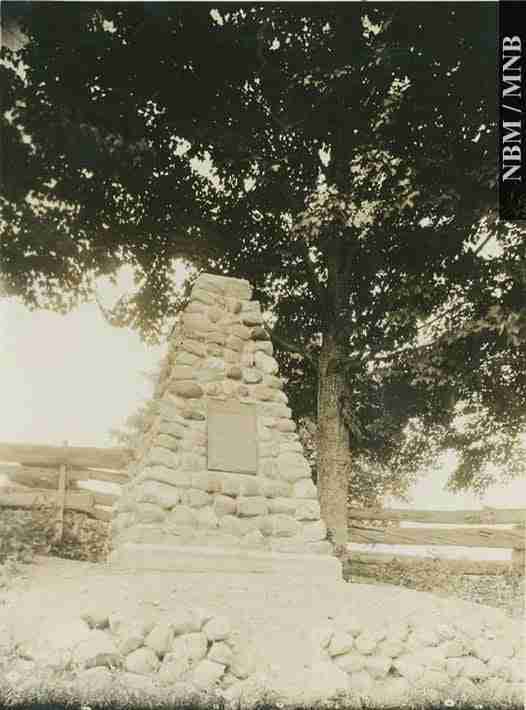 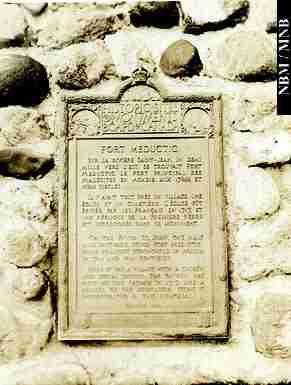