Milton Fowler Gregg was born on 10 April 1892 in Mountain Dale, Kings County, the son of Elizabeth Celia (Myles) and George Lord Gregg. He attended the local public school, the Provincial Normal School in Fredericton, before going on to study at Acadia University and Dalhousie University. Before enlisting, he taught in a school in New Brunswick. At the age of 18, Gregg joined the 8th New Brunswick Hussars militia regiment.

In September 1914, he enlisted as a private in the 13th Battalion (Black Watch), with whom he sailed overseas, and served as a stretcher-bearer in France. In 1916, while in hospital in England recovering from a wound, he was recruited for the Imperial Officers’ Training School, received his commission as a Lieutenant, and was posted with the Royal Canadian Regiment upon graduation. He was awarded the Military Cross for his actions at Lens in 1917, a Bar to his Military Cross in the Battle of Arras in 1918, and he was again wounded.

It was near Cambrai, on the Canal du Nord on the 28th September 1918, that his bravery and courage would see the award of the Victoria Cross. When the advance of the brigade was held up by fire from both flanks and by thick, uncut wire, he crawled forward alone and explored the wire until he found a small gap through which he subsequently led his men and forced an entry into the enemy trench. The enemy counter-attacked in force and, through lack of bombs, the situation became critical. Although wounded Lt. Gregg returned alone under terrific fire and collected a further supply. Then rejoining his party, which by this time was much reduced in numbers, and in spite of a second wound, he reorganized his men and led them with the greatest determination against the enemy trenches, which he finally cleared. He personally killed or wounded 11 of the enemy and took 25 prisoners, in addition to 12 machine guns captured in the trench. Remaining with his company in spite of wounds he again on the 30th September led his men in attack until severely wounded. The outstanding valour of this officer saved many casualties and enabled the advance to continue.

After the war, Milton Fowler Gregg went into business for himself. He then went on to work for the Soldiers Settlement Board, as well as selling advertising for the Halifax Herald. In 1934, he was appointed Sergeant-at-Arms of the House of Commons, in Ottawa. With the outbreak of the Second World War, Gregg served with his old regiment, the Royal Canadian Regiment, in England until April 1942. He was promoted to Colonel, and made commander of the Officers’ Training School in Brockville, Ontario. In 1943, he was made Brigadier and Commandant of the Canadian School of Infantry in Vernon, British Columbia, which he held until the end of the war.

Following the end of the Second World War, Gregg served as President of the University of New Brunswick, before being elected to Parliament in 1947. During a ten-year career as Member of Parliament, he served as Minister of Fisheries, Veterans Affairs and Labour. After losing in the 1957 election, Gregg went on to become the United Nations’ representative in Iraq, the administrator of UNICEF in Indonesia, and the Canadian High Commissioner in Georgetown, British Guyana. He retired in 1968. 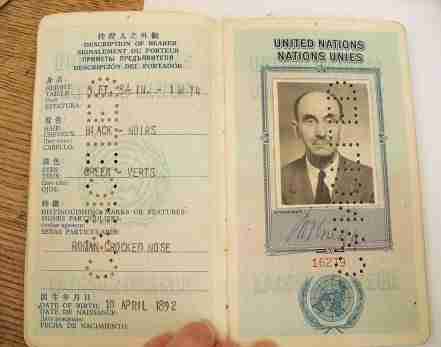 He was appointed an Officer of the Order of Canada on 22 December 1967 and accepted the award in a ceremony performed on 26 April 1968.

The Honourable Milton F. Gregg lived at Thorne Cottage in Fredericton for more than two decades with his wife, Erica Deichmann Gregg, who was well known for her pottery. 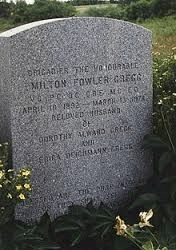 The University of New Brunswick opened the Brigadier Milton Fowler Gregg, VC, Centre for the Study of War and Society which is devoted to excellence in the study of war as a complex social phenomenon. His medal group is held by the Royal Canadian Regiment Museum, Wolseley Barracks, London, Ontario.

Resource: The Comprehensive guide to the Victoria and George Cross