Ministers Island is an enchanting place to visit. Lying just off the shore near St. Andrews, this 500-acre (202-ha) island is only a part-time island. It can be reached at low tide by driving or walking approximately 1 km (0.5 mi.) over the seafloor. Once there, you are immersed in an experience from the late 19th and early 20th century— the summer estate of Sir William Van Horne, the president and driving force behind the Canadian Pacific Railway. 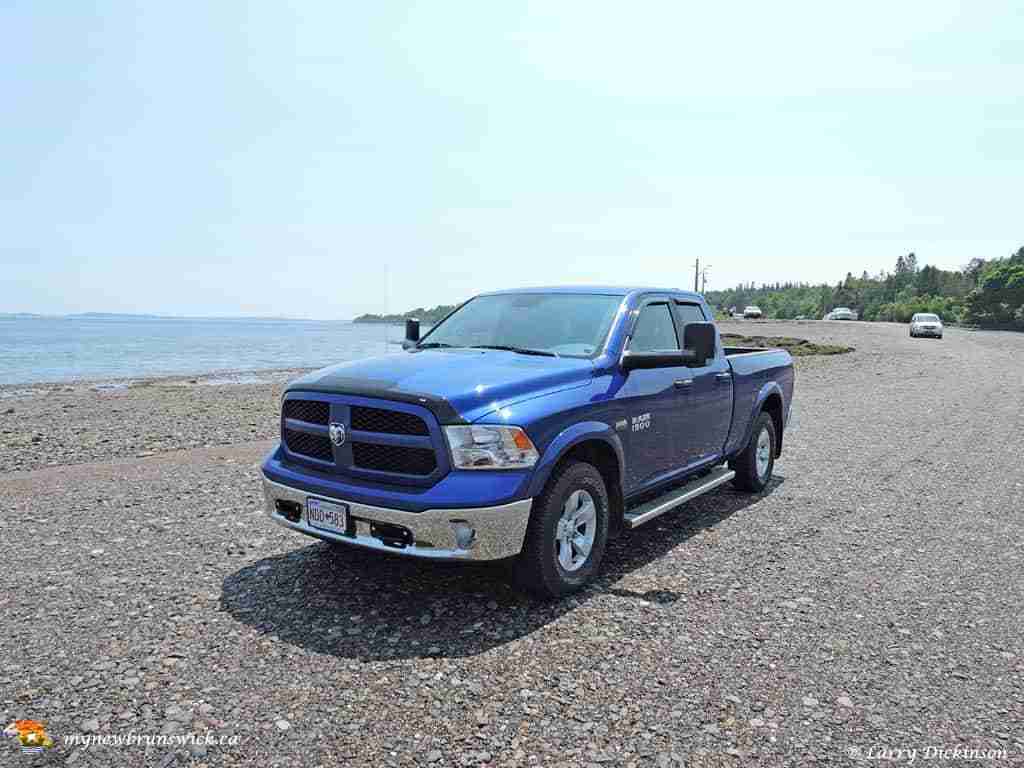 Van Horne was not only a collector but also an artist in his own right. An excellent violinist who enjoyed playing classical pieces, he is better remembered for his painting. As a child, when he saw a geological textbook that he could  not afford, he copied it, illustrations and all. His skill at caricature, which had ended his formal education, found later expression in the sketches of technical and descriptive details that accompanied much of his correspondence. He seemed to have a photographic memory and cherished spontaneity, which he did not believe could be taught in art schools: he usually painted quickly, at night. 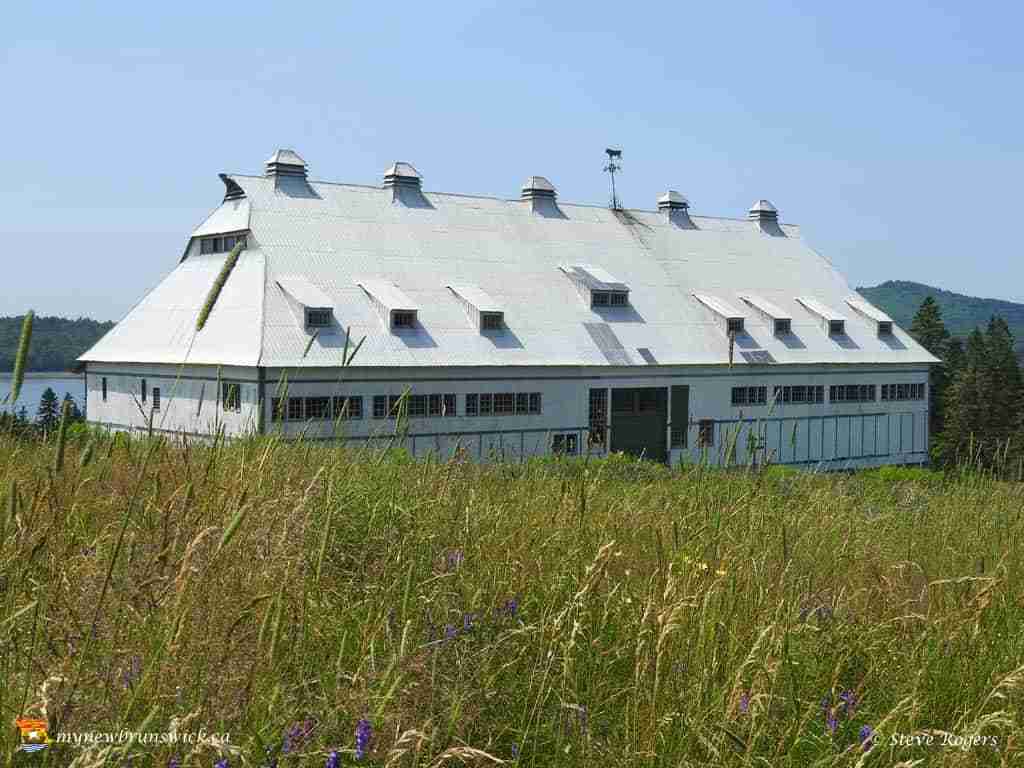 Still standing on the island is the gigantic livestock barn which was home to Van Horne’s thoroughbred horses and prized herd of Dutch Belted Cattle.

It also housed a huge hay loft and a creamery where white-coated workers prepared the milk and butter. Even when Sir William was living in Montreal, fresh milk, butter, fruits and vegetables were sent by rail from the end of the bar to be enjoyed by him the next morning. 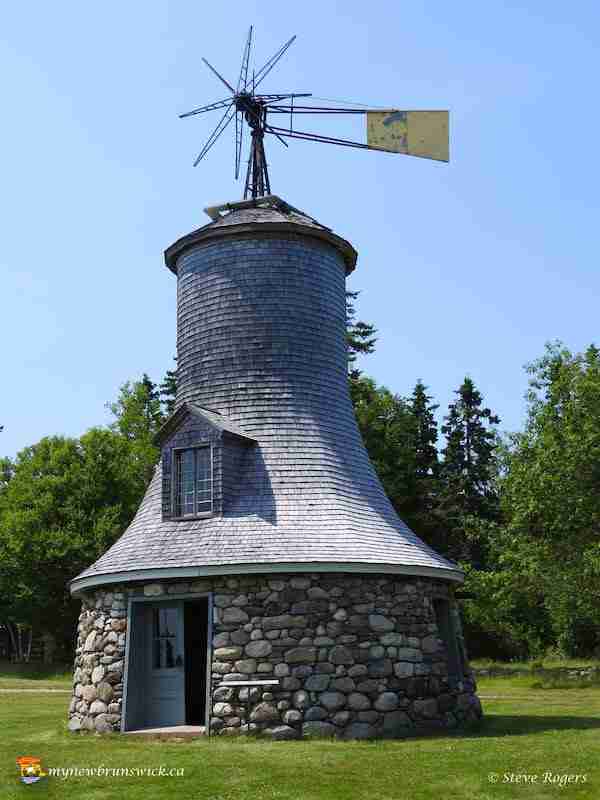 There were also heated greenhouses where mushrooms, exotic plants, peach trees and grapevines were grown. The windmill, by the big house, with the help of kerosene-fired engines, provided running water to the residence from a huge underground storage tank.

Also constructed from the quarried beach stone is the circular bathhouse where Sir William would spend hours enjoying his hobby of drawing and painting. 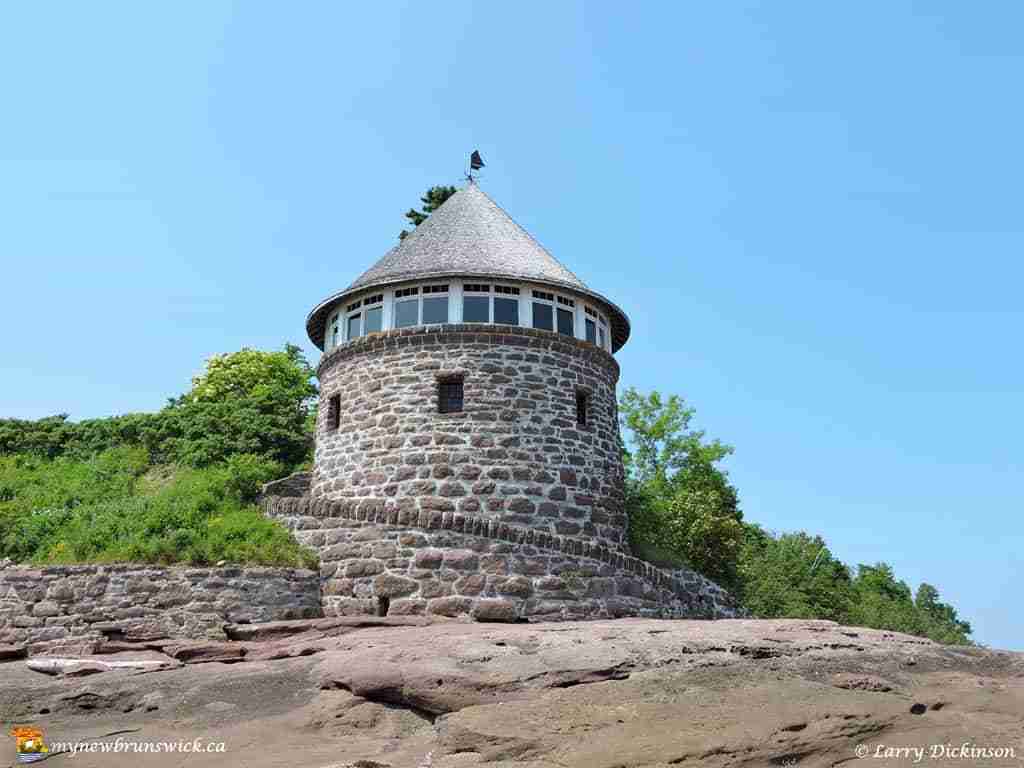 Indeed, he became quite an accomplished painter and a number of his works are in the collection of artifacts held by the Province of New Brunswick. As well, several are on display at the National Art Gallery in Ottawa. On an island at the turn of the century, the Van Horne’s enjoyed many of the conveniences we have today and were almost self-sufficient.

Perhaps the loyalist Anglican minister, Parson Andrews whose old stone house (c 1790) still stands and for whom the island was named, felt the same magic that Sir William felt one hundred years later.

Ministers Island was inherited by Sir William’s daughter Adaline, his true heir in many ways. Like him she loved the Island, loved cattle, and maintained the property in pristine condition until her death in 1941. After that it was managed by the Royal Trust Company of Montreal on behalf of the Edith Bruce, wife of Adaline’s deceased brother, Richard Benjamin Van Horne, and his granddaughter Beverley Ann, born in 1932.

Throughout the forties and fifties there were continual requests for cost-saving measures by Mrs. Bruce, the gardens and greenhouse operations were scaled back considerably, and eventually tenants were found to occupy it for the summers of about 1949 to 1953. But when Beverley Ann came of age, she showed little interest in maintaining or restoring the Island, which must have been quite expensive to operate. 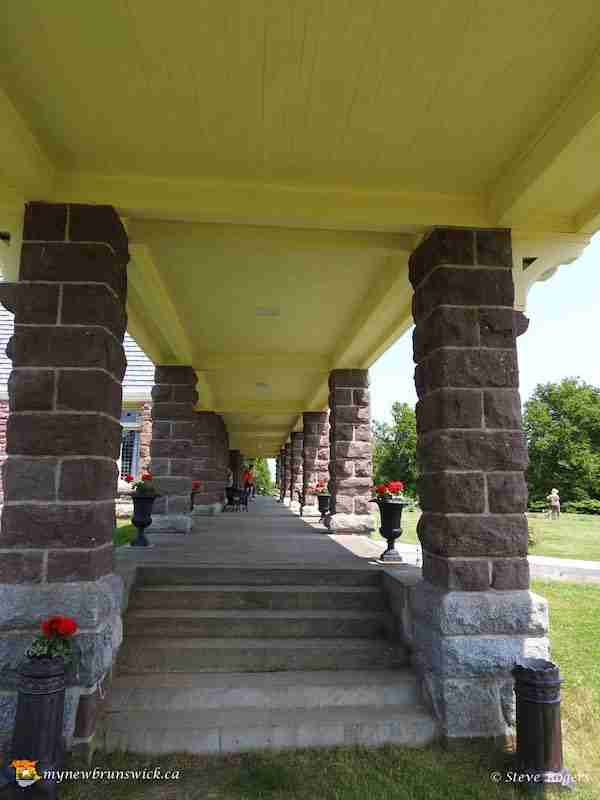 The herd of Ayrshire cattle were sold off in 1955, the Island stood vacant for some years, and finally in 1960 it was sold at a low price to a group of American business out of Tiffin, Ohio. The mainspring of these men was Harold Hossler, a general contractor. He and his associates formed the Van Horne Island Club and drew up plans to turn the Island into a playboy’s paradise, with Covenhoven as a Club House, the tower bath house as a lounge, a golf course, trap and skeet shooting, yachting, and an airstrip. These plans did not come to fruition, however, owing to the high cost of operating the Island, making improvements, such as installing electric lighting, and the generally out-of-the-way character of the Island’s location, not to mention the fact that it was accessible by vehicle for only part of the day on account of the tides. After 12 years and a lot of money, the Van Horne Island Club had been host only to friends and families of the Club members, and sold out to a real estate developer by the name of Norman Langdon, of Belfast, Maine. 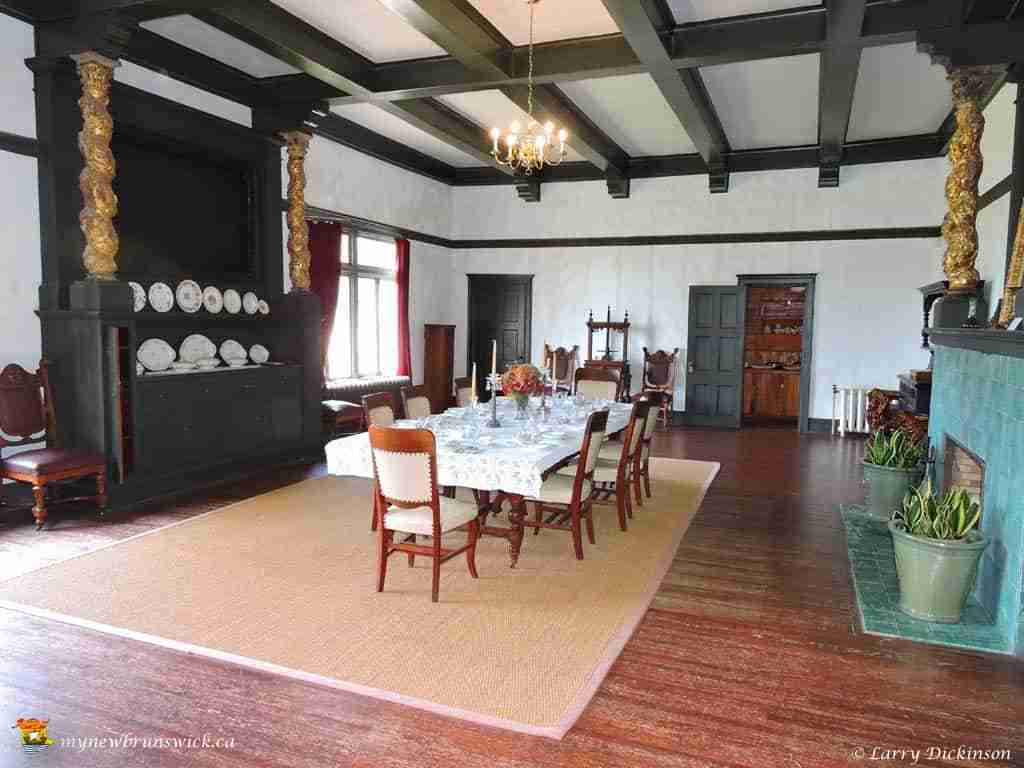 Mr. Langdon had dreams similar to the Hosslers, but in the end, after the expenditure of $300,000 (by his own estimation) he was in approximately the same economic situation as the Van Horne Island Club had been. Negotiations with the Province of New Brunswick to purchase the Island were going nowhere, and finally in 1977 Langdon auctioned off the contents of the house and Island at an event that drew a great deal of media attention. Many considered Ministers Island a national treasure, as Sir William Van Horne was so closely connected with the unification of the country under Confederation. And the Van Horne home in Sherbrooke Street, Montreal, had been torn down in 1973 to make way for an office tower. Many now felt the injustice of this loss and did not want a similar outcome for Ministers Island. The Province did attend the auction and picked up some artifacts but as far as the house went it was too little too late. After two businessmen took out an option on the Island itself during the auction, the Province felt something drastic had to be done and declared the Island a protected site, which meant that the prospective owners, Michael McPherson and Alexander George, could not even plant a garden without provincial approval. They declined to exercise their option on the Island and Langdon was forced to renegotiate with the province. The Province purchased the Island in 1977 with the exception of one outstanding lot, which was finally picked up in 1982. Since that time Ministers Island has been declared a National Historic Site on account of its aboriginal artifacts and its Van Horne associations. Some renovation and restoration has been done and summer tours have been fairly regular since that time, but the Island is now quite a faded version of its former splendor and major fundraising is required to restore it.

Guided tours of Ministers Island, for visitors with their own transportation, will include: a drive across the ocean floor to reach the historic island; a visit to Covenhoven, the former summer cottage of Sir William Van Horne; the bathhouse with its tidal swimming pool; the livestock barn and the spectacular view from Sheas Hill. The tour will last approximately two hours.

A non-profit Canadian charity, Van Horne Estate on Ministers Island Inc. was formed in 2004 with the express purpose of managing and restoring the Island and the estate.