The Miramichi River is located in the east-central part of New Brunswick. The river drains into Miramichi Bay in the Gulf of St. Lawrence. The name may have been derived from the Montagnais words “Maissimeu Assi” (meaning Mi’kmaq Land). 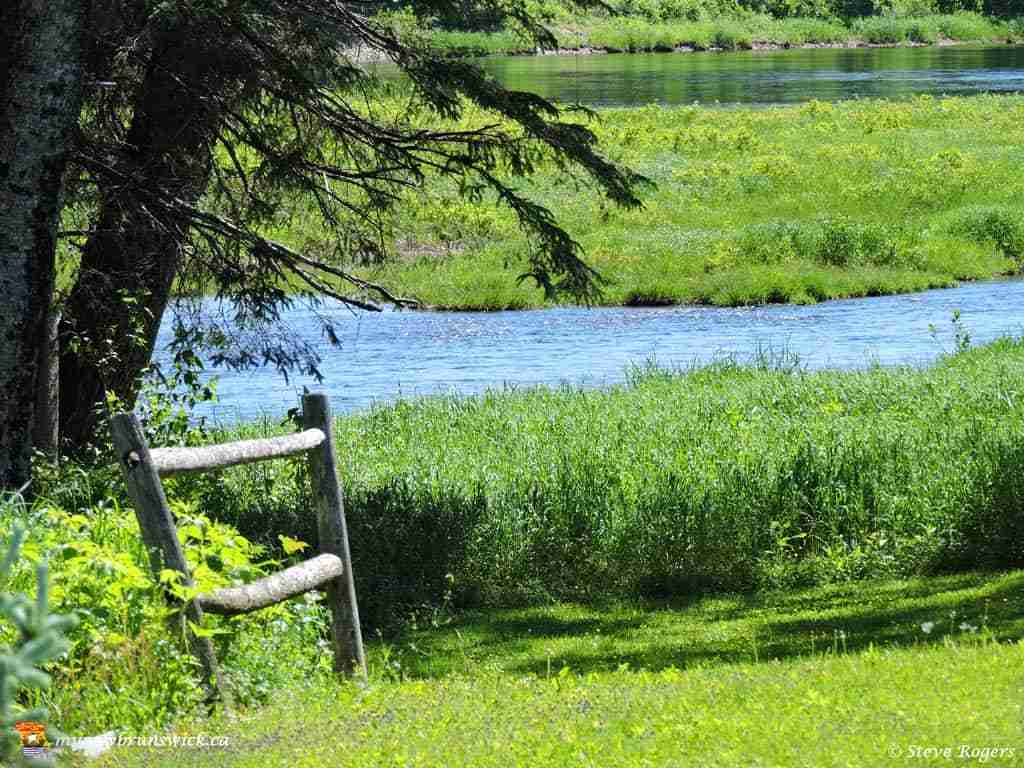 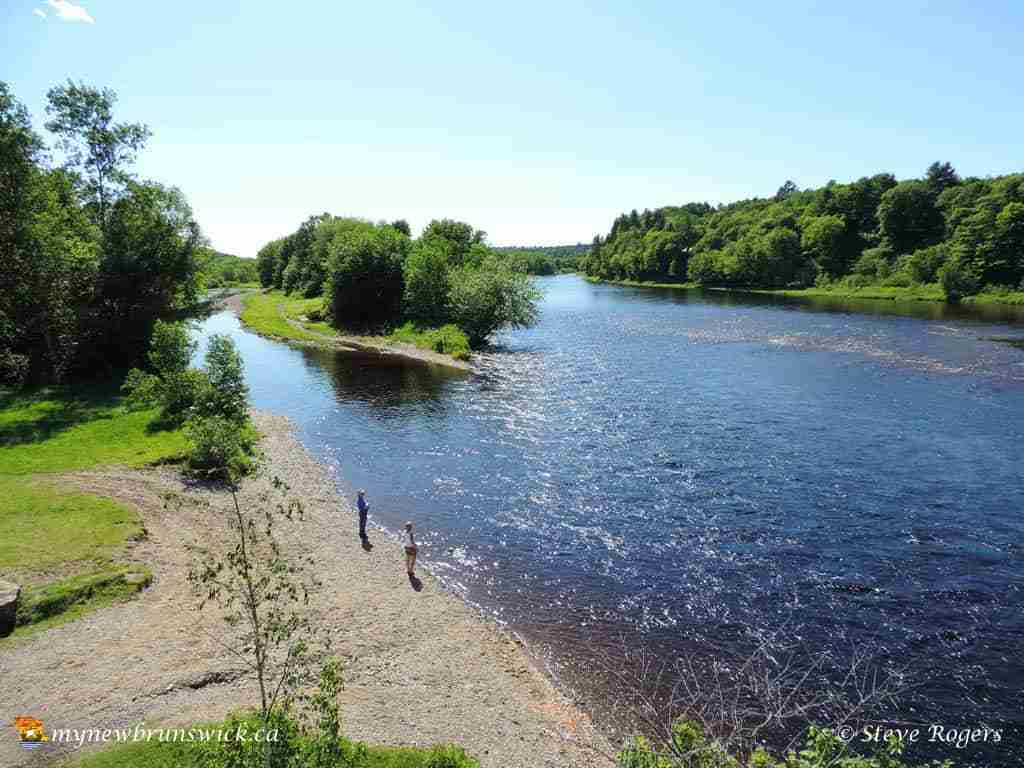 The estuary is a highly dynamic environment, ranging from the high outflows of freshwater during the spring freshet, to the low outflow and rising saltwater content during the summer period, to fall ocean storms and nor’easters which reshape the barrier islands and the old river channel which forms the navigation channel for ocean-going ships heading to ports at Chatham and Newcastle, to the winter covering of sea ice which encases the entire estuary. The inner bay measures only 4 m deep on average, with the navigation channel measuring only 6–10 m, resulting in significant warming of estuarine waters during the summer months. Thediurnal tide cycle ranges only 1 m on average. 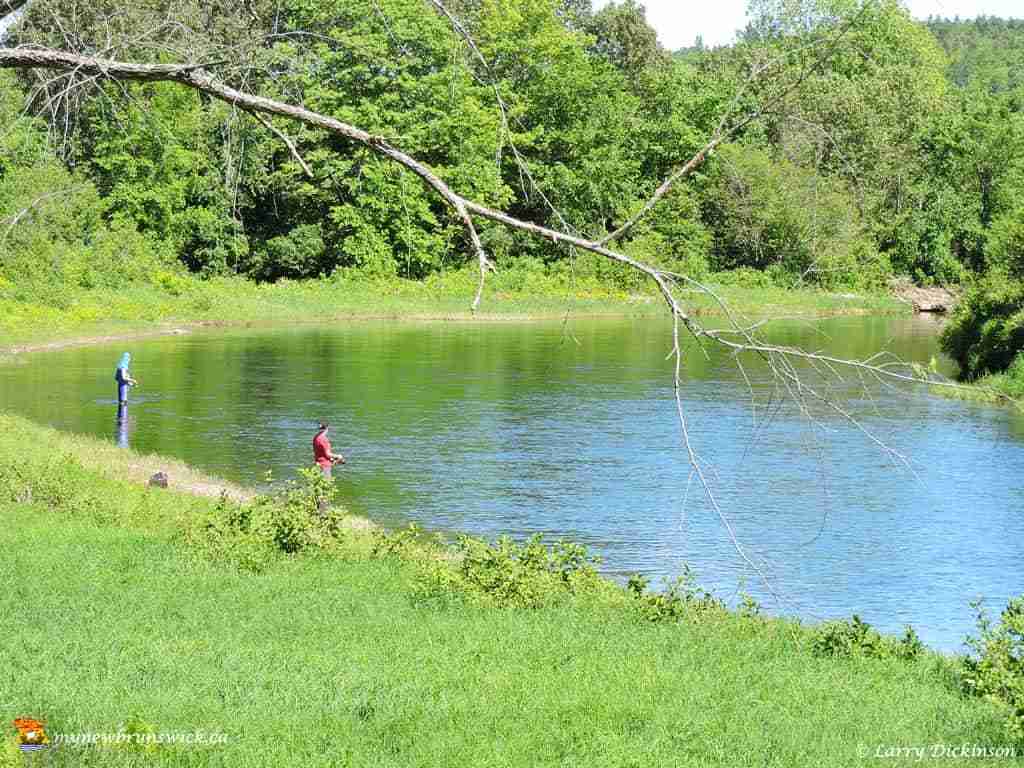 Atlantic salmon fishing is restricted to fly fishing only and all large salmon caught must be released alive to protect the spawning population. Since this fishery is highly regulated, all anglers should contact the New Brunswick Dept. of Natural Resources to obtain the specific rules and regulations for each river and tributary in the Province of New Brunswick prior to fishing, as special licenses, salmon “tags” and permits are required, and certain sections of tributaries and the main river are closed to fishing from time to time to protect salmon brood stocks.

The annual salmon runs start in mid-June and continue through late October, when spawning commences in earnest. It is believed that distinct runs of salmon destined for specific tributaries occur at different times of the year, with those fish headed for the upper reaches of the watershed entering the river earlier than those that spawn in the lower tributaries. 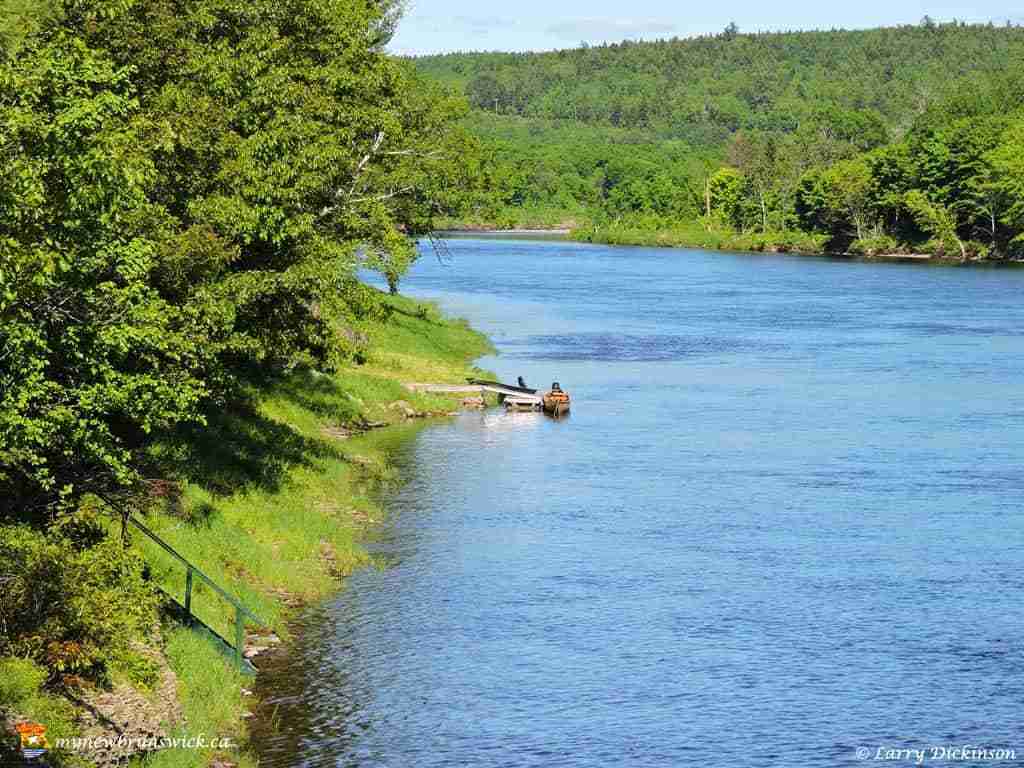 Popular salmon flies on the Miramichi River include the Black Bear series, the Cosseboom series, Butterfly, Oriole, and the Blackville Special. Deerhair flies such as the “Buck Bug” or the “Green Machine” are also quite successful. Major portions of the Miramichi River salmon fishing waters are controlled by private clubs and outfitters, with “public water” that is available to all very limited. Further, all non-resident anglers must hire a registered guide to fish for Atlantic salmon in New Brunswick. Guides can be inquired for in the Village of Doaktown and through Dept. of Natural Resources offices.