The city of Miramichi was formed in 1995 through the forced amalgamation of two towns, Newcastle and Chatham, and several smaller communities, including Douglastown, Loggieville, and Nelson.

Situated along the world-famous salmon fishing river, the city of Miramichi offers cultural experiences that allow you to discover the heritage of the region and its people. 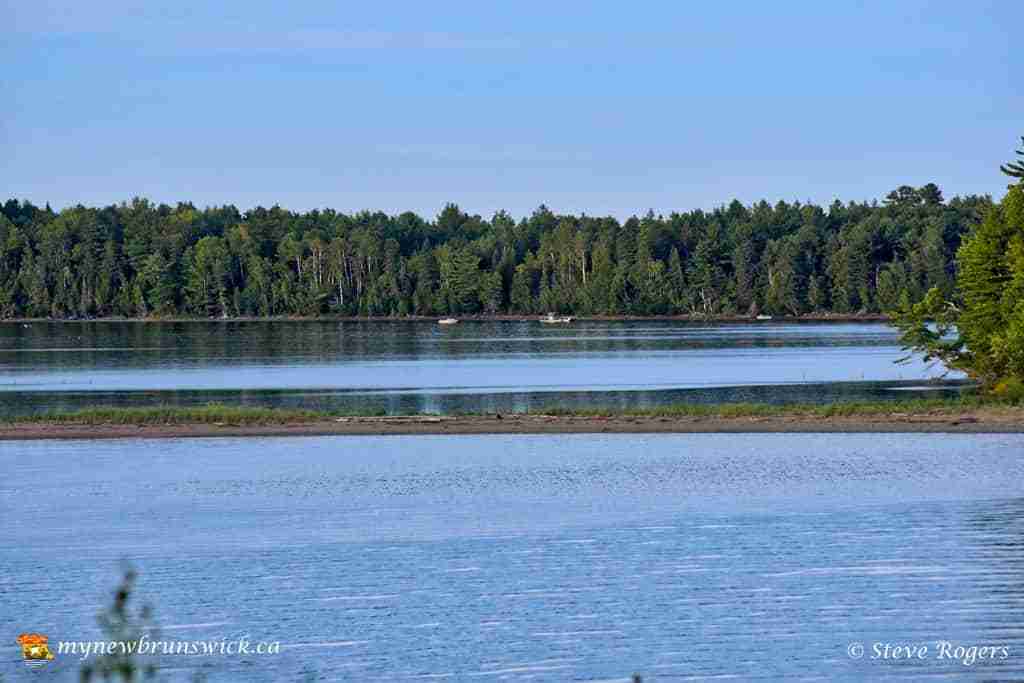 Take a boat tour to Beaubears Island with costumed guides then visit the Interpretive Centre to learn about the Acadians that took refuge there and the shipbuilding of centuries past. 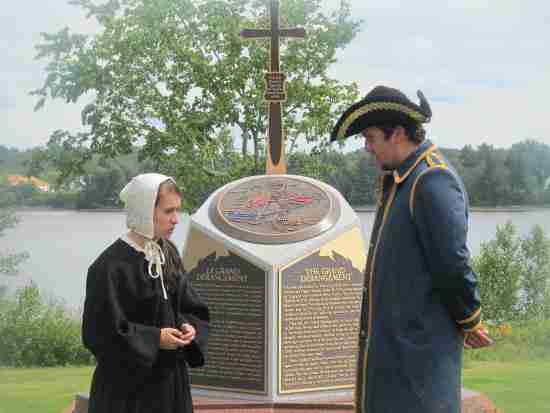 Join in the celebrations at one of the numerous summer festivals including the Rock ‘n Roll Festival, Canada’s Irish Festival and the long running Miramichi Folksong Festival.

Ritchie Wharf Park on the waterfront features restaurants, an art gallery and dairy bar. You can stroll along the boardwalk, take in some entertainment or go on a boat tour. Children will enjoy the adventure playground and splash pad.

French Fort Cove Nature Park offers scenic walking and biking trails. Mountain bikers’ technical skills will be challenged along fast, hard-packed single and double track trails. If you’re brave you can visit the park in the evenings on Monday, Wednesday and Friday to hear the tale of the Headless Nun. 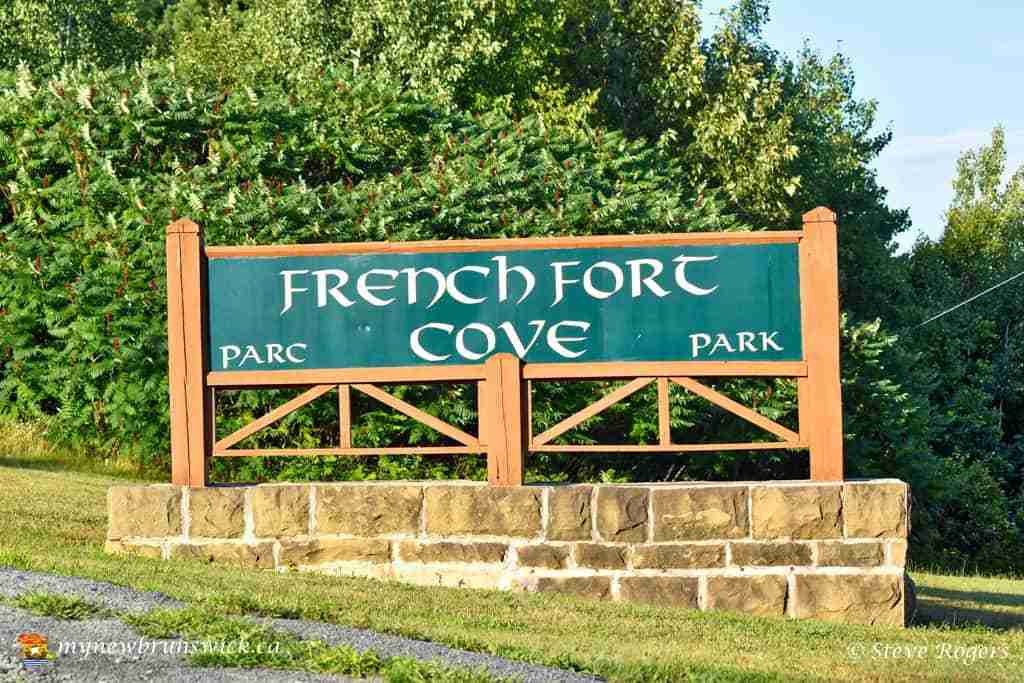 A bit of history: Long prior to European settlement, the Miramichi region was home to members of the Mi’kmaq first nation. For the Mi’kmaq, Beaubears Island, at the junction of the Northwest and Main Southwest branches of the Miramichi River was a natural meeting point.

Following the European discovery of the Americas, the Miramichi became part of the French colony of Acadia. About 1648, Nicolas Denys, Sieur de Fronsac, established a fort and trading post, Fort Fronsac, on the Miramichi. This establishment was apparently constructed “on the North side of the Miramichi, at the forks of the river”. According to W.F.Ganong, a Recollet Mission was established in 1686 on the Miramichi “in Nelson”, “probably near Beaubear’s Island”.

Nicolas Denys’ son, Richard Denys, was placed in charge of the fort and trading post, and in 1688 Richard states, “Miramichi is the principal place of my residence”, and describes his establishment as including about a dozen French and more than 500 Indians. In 1691 Richard died at sea; the post declined.

By about 1740 French villages were well established on Miramichi Bay at Bay du Vin and Neguac. In the current city of Miramichi, a larger village existed at Canadian Point, and a town comprising 200 houses, a chapel, and provision stores occupied “Beaubear’s Point”. The French maintained batteries of guns at the east end of Beaubears Island and at French Fort Cove.

The French and Indian War erupted in 1754. During the war many Acadian homes were destroyed by the British, and their residents were deported.

The French were defeated at Quebec (1759) and Montreal (1760), and the remaining Miramichi settlement was subsequently burned to the ground by British Commodore John Byron (Foul-Weather Jack) in 1760. The French North American colonies (apart from Saint Pierre and Miquelon) were ceded to the British in the 1763 Treaty of Paris. The Miramichi thus became a part of the British colony of Nova Scotia, and later New Brunswick. Benjamin Marston, a surveyor and the first sheriff, reported in 1785 that “a considerable French Village” had existed on Wilson’s Point (adjacent to Beaubear’s Island, the present-day site of the Enclosure).

Although they were clearly preceded by the Mi’kmaq and Acadian peoples, credit for the first permanent white settlement at Miramichi is often granted to Scottish settlers, led by William Davidson. William Davidson (a.k.a. John Godsman) and John Cort had obtained a large grant encompassing much of the Miramichi region in 1765, and promoted the area in both Scotland and New England as a new home to potential settlers.

In 1825, a large forest fire, among the worst in recorded history of North America, devastated a number of communities in northern New Brunswick.

The Irish began arriving in Miramichi in numbers after 1815 at the end of the Napoleonic War and with a few exceptions ceased coming to the area before the great Irish famine of 1847. They came to the area voluntarily to better their lives. Contrary to prevailing belief, not all of them were Catholic though very few Protestants among them identified openly as Irish and most of their descendants in Miramichi do not do so even to this day. Most arrived form the ports of Belfast and Cork each of which had strong commercial ties with Miramichi. Like the Scots they came on timber ships as individuals or in small family groups and the average age upon arrival was twenty-four. There was some chain emigration whereby additional family members joined the emigrant later but this was minimal. The Miramichi River valley was not settled by large transplantations of Scottish clans or large scale movements of starving and evicted Irish. Though there are one or two interesting exceptions.

In 1815 after trade had developed with Newfoundland, Miramichi was surprised and shaken by the arrival of the so-called “Two Boaters”, perhaps as many as 2000. These were the Irish who had taken advantage of cheap fares to St. Johns in the spring and summer of 1815. They were mostly poor laborers and farmers and it seems that initially they settled mainly in the Chatham/Douglastown area. With no prospect of obtaining a land grant jobs in the woods or in the mills were the only means of getting established. Most of them were able to get at least temporary employment upon arrival, but it was short lived. In 1819 a sharp decline in timber prices resulted in massive layoffs in Miramichi including most of the “Two Boat” Irish of the Chatham area. Following their grueling experience in St. Johns and now unemployed they became disenchanted by their new found misery so many miles from home. They began to create disturbances in the village of Chatham. Violent outrages were committed in broad daylight, property was stolen and in the worst cases houses and barns were burned to the ground. The people of the area soon dubbed then “those uncivilized immigrants from Ireland”, whom local magistrates were powerless to control. But the Irish were not the only troublemakers along the river at that time. They were often mistakenly blamed for outrageous disturbances caused by unruly sailors idling about the port during the spring and summer months. These idle sailors whooped it up at Miramichi particularly on Sundays when the taverns were closed but often the Irish got the blame. In 1822 a detachment of the 78th regiment stationed in Fredericton was temporarily sent to Chatham to keep the peace. But it was not the soldiers of 78th regiment who quieted the Irish. It took an improved economy, jobs and new found opportunity to do the trick. 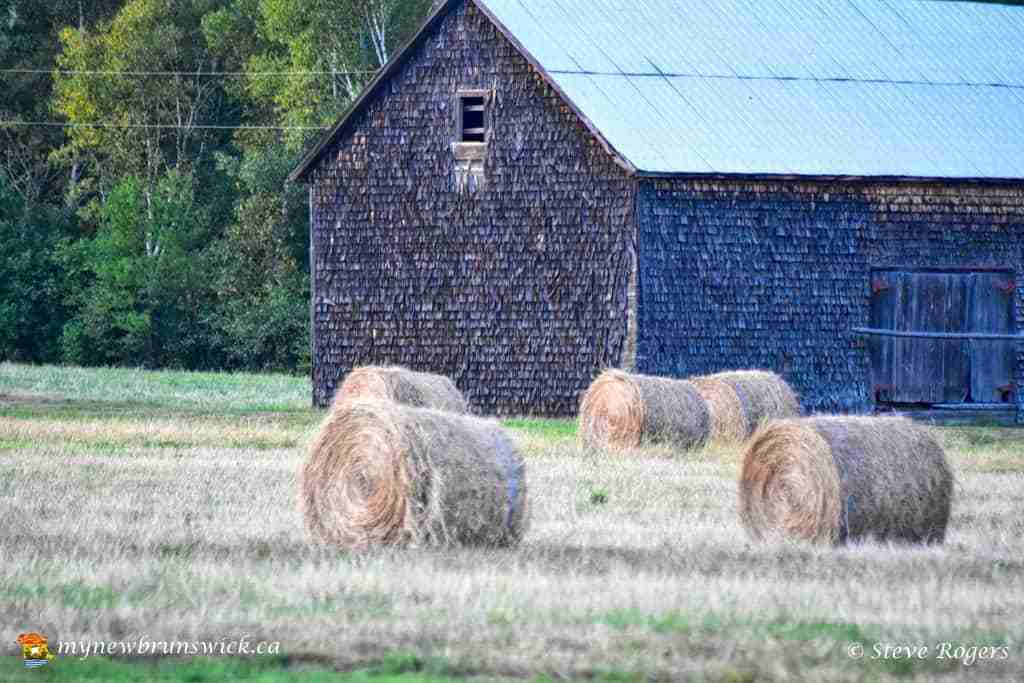 Although subsistence farming constituted one part of the new settlement’s economy, the thin, acid soils of the Miramichi were not conducive to agriculture; thus, the lumber industry and Atlantic salmon fishery were the mainstays. A shipbuilding industry was established by Davidson in 1773, largely to facilitate overseas lumber exports, including masts for the British navy, and to provide winter employment for the men. Davidson’s first ship, “Miramichi”, was lost with her cargo off the Spanish coast.

Miramichi benefited greatly from the Napoleonic wars and American independence, as Britain became dependent on its remaining North American colonies, including New Brunswick, for lumber. However, the Great Miramichi Fire of 1825, the advent of steel-hulled ships, and perhaps over-cutting of eastern white pine, would eventually contribute to a long-term decline in the area’s economy. The Miramichi Fire burnt almost 1/4 of New Brunswick’s forest, and consumed most of the buildings along the northern side of the river. Only 12 buildings remained in Newcastle.

The towns of Newcastle and Chatham developed a long history of rivalry, including a small “war” fought between the communities (“the fighting election of 1843”). The 1843 election was fought on a political level between John T. Williston of Chatham (supported by local entrepreneur Joseph Cunard of Chatham, brother of Samuel Cunard) and John Ambrose Street of Newcastle (backed by the prominent lumber baron, Alexander Rankinof Douglastown). The Rankin and Cunard factions literally fought the election in the streets of Newcastle and Chatham with sticks, stones, coal and other missiles.

Today Miramichi bills itself as “Canada’s Irish Capital”, and is home to an annual Irish festival. It is one of the most Irish cities in Canada.