Myrtle Kool, known to everyone as Molly Kool, was born in Alma in 1916, to a Dutch sea captain, Paul Kool, and his wife. Her father built and operated a scow the “Jean K.”, named after Molly’s older sister. As she grew older, Molly loved spending time on her father’s scow. A scow is a small ship which is used to transfer cargo back and forth between ships anchored out in the Bay and the shore. Paul Kool’s scow operated in the waters around Alma, Point Wolfe, Moncton, and sometimes traveled as far away as Boston. Molly often spent her summers working with her father, learning about the sea, and gaining valuable experience.

Molly Kool graduated from high school in the 1930’s during the depression era when jobs were difficult to find, so she decided that the only thing she could do was to go to sea with her father. Molly loved the sea, and because she was a skilled sailor, intelligent, and strong minded she possessed all the qualifications required to become a captain. At the age of 21, she entered the Merchant Marine School in Saint John, but only after convincing them that she was capable. She was the only woman to ever attend the school. After receiving her Mate’s Certificate, Molly was made a mate on her father’s scow the “Jean K.”.

At first, some of the men who worked under her gave her a hard time, but they soon came to respect and admire her. Two years later, Molly graduated from the Merchant Marine Institute in Yarmouth, Nova Scotia, after completing 3 papers (or tests) and an extensive harbour examination which simulated every situation she might encounter while at sea. It was not easy for Molly to get her Master’s Certificate. The school appointed two hard boiled sea captains as examiners, to make sure she was qualified, but Molly passed with flying colours. Her experience sailing the difficult and dangerous waters of the Bay of Fundy made her more than qualified. She became the first woman in North America to become a deep sea Captain, and only the second woman in the world to obtain that title. She sent a telegram home saying “Call me Captain from now on.” 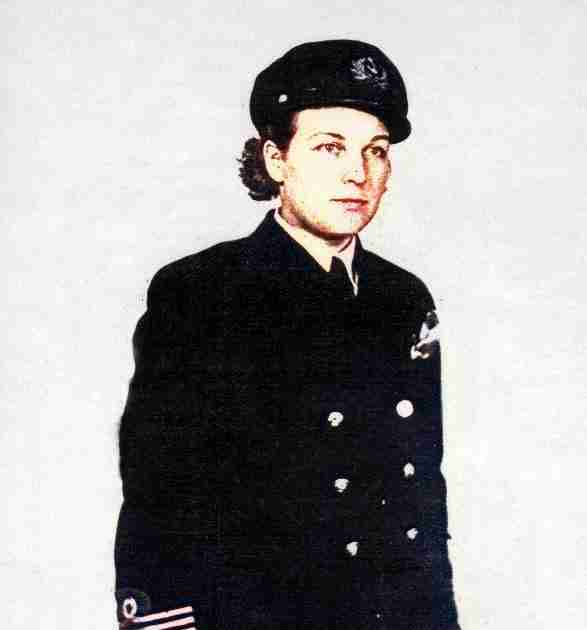 Her work made her a curiosity. Ms. Kool appeared on the radio on “Ripley’s Believe It or Not!” and was profiled often in the Canadian press. One news account from the period described her this way: “Her eyebrows are shaped and arched, her lips lightly rouged, her blonde hair up in feminine curls. That’s Miss Molly Kool ashore … but in her barge … she knows no fear … and she’ll give orders if she marries, and hubby holds only a mate’s ticket.”

Ms. Kool was sometimes called New Brunswick’s first feminist, but in 1939, when she got her captain’s papers, she scarcely thought about making history. She simply wanted to be on the water.

Paul Kool then stepped down to allow his daughter to become Captain of the “Jean K.”, he stayed on as mate until his retirement. Following her father’s retirement Molly remained Captain of the ‘Jean K.’ until her retirement, when her brother took over command of the ship. During her career, she experienced at least three shipwrecks. One wreck occurred in Moncton when a Norwegian captain told her to move her ship which was tied up at the wharf She refused to give up her berth and the Captain first tried to jam the ship into the dock. He then offered Molly money to move the ship. When she refused he rammed the ship bow on, which cut the lines of the ‘Jean K.’, setting it adrift. Molly ordered her men to jump off the boat because she had no way to pilot the ship and was worried that the ship would drift into the Petitcodiac Bridge and be destroyed. The tidal currents in this part of the river can be quite dangerous and a ship that could not be maneuvered could easily have been smashed into the bridge or run aground on the river banks and been destroyed. When Molly ordered her crew to abandon ship the Norwegian Captain became afraid that a lot of damage might be done to the boat, so he ordered his men to board the vessel and cast off the anchors. That attempt was not successful, but luckily for him the boat grounded itself on a nearby river bank, with little damage being done. Molly and her father later successfully sued the Norwegian for the damage that was caused. In another incident, the ‘Jean K.’ collided with another boat. The impact caused Molly to fall overboard and she was dragged under the boat. Molly swam under the boat and up the other side where she was thrown a life jacket, but she refused the life jacket and instead swam until she found some lumber to hold onto until she was rescued. In another incident, a fire caused by a gasoline explosion destroyed the engine room, the cabin, and the wheel house of the ship, along with everything Molly owned except for the clothes on her back.

Molly Kool’s career came to an end when the ‘Jean K.’ caught fire. It was towed to Maine for repairs and Molly had expected to return to the sea when the repairs were completed. However, the break from the sea made Molly realize that she was ready for a change. Molly quit going to sea, got married and moved to Maine. She spent her remaining years in a seniors care home in Bangor. She died from pneumonia in a hospital in Bangor. Her ashes were scattered on the Bay of Fundy at Herring Cove, near her birthplace.

The Canadian Coast Guard named a new ship after her as CCGS Captain Molly Kool in 2018.

Molly abhorred her given name Myrtle and legally changed it to Molly in the 1940s.

The Molly Kool Heritage Centre is located at 8618 Main Street in Alma.