Nathan Cummings (1896–1985) was born in Saint John. He became an American businessman, investor and philanthropist. He was the founder of Consolidated Foods, which later became known by one of its product lines, Sara Lee Corporation.

Nathan Cummings was the first child of Jewish parents who had immigrated from Lithuania. It was pure chance that he was born Canadian: his parents had disembarked in Saint John, the first port of call, assuming it was their destination, New York City. The family later moved to Waltham, Massachusetts, setting up a small shoe shop. They moved to Manchester, New Hampshire, and eventually relocated their business in Montreal around the time of World War I. Cummings was not able to finish high school, but was sent to the Dry Goods Economist Training School in New York for a year before returning to work with his father. From the age of fifteen he sold shoes until, at nineteen, he took on the job of traveling salesman for a shoe manufacturer.

By 1924 Nathan Cummings had established a shoe shop and factory of his own by 1924, but the business foundered during the Depression, and he was forced to declare bankruptcy in 1932. He paid off his debts and started anew. 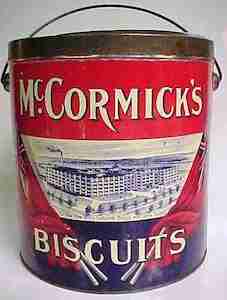 By the mid-1930s he had invested in McCormicks, a biscuit and candy company in Canada. The success of that business, which he sold to Weston in 1939, prompted an invitation to manage the Baltimore-based coffee, tea and sugar chain, C.D. Kenny Company. Cummings acquired the company in 1941. Its continued prosperity allowed him to expand his holdings to found a business empire.

Over the next decade, Cummings invested within company after company. In 1945 he established his corporate headquarters in Chicago and formed the Consolidated Grocers Corporation as a holding company. Time proclaimed him the “Duke of Groceries.” 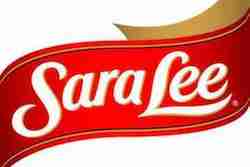 Nathan Cummings retired from the company in 1968, but remained honorary chairman and active in company affairs until his death in 1985.

Cummings’ first wife was Ruth Lillian Kellert, whom he married in 1919. She died in 1952. In 1959, he wed Joanne Toor; the marriage ended in divorce in 1976. Upon his death in 1985, Cummings was survived by three children from his first marriage, Beatrice Cummings Mayer of Chicago [1921-2018], Herbert Cummings of Paradise Valley, Ariz., and Alan H. Cummings of Palm Beach; ; a sister, Mrs. Monroe Abbey, of Montreal; four brothers, Maxwell, Benjamin, Ralph, and Harold, one sister, Minnie, all of Montreal, and nine grandchildren. Cummings was also related to MGM’s legendary studio boss Louis B. Mayer. Their mothers were sisters.

In 1992, a history of the Cummings family entitled David and Bessie Komiensky, Jewish Lithuanian Immigrants: A Brief Family History, was commissioned by friends as a surprise gift for Herbert Kellert Cummings, and published by Brigham Young University in Provo, Utah

Starting in the 1950s Cummings became a major donor to hospitals, universities, arts organizations, and Jewish causes. His endowment created the Nathan Cummings Arts Center at Stanford University and the Joanne and Nathan Cummings Art Center at Connecticut College in New London. (Joanne Toor Cummings was the second wife of Cummings; she died in 1995.) He made major contributions to the National Gallery of Art in Washington DC, to the Metropolitan Museum of Art, New York, and to the Art Institute of Chicago. In 1949 he established the Nathan Cummings Foundation, which received most of his estate (then estimated at $200 million) upon his death. The foundation funds initiatives to build a socially and economically just society.

One thought on “Nathan Cummings”