A meeting between then Assistant Commissioner Roy Berlinquette, Chief Mac Carlisle and 1997 CACP Coordinator Roger Shannon in March of 1996 initiated the construction of a memorial in honor of New Brunswick’s Peace Officers who have died in the line of duty. A committee was assembled consisting of individuals from the Fredericton Police Force, RCMP and government and public sectors. 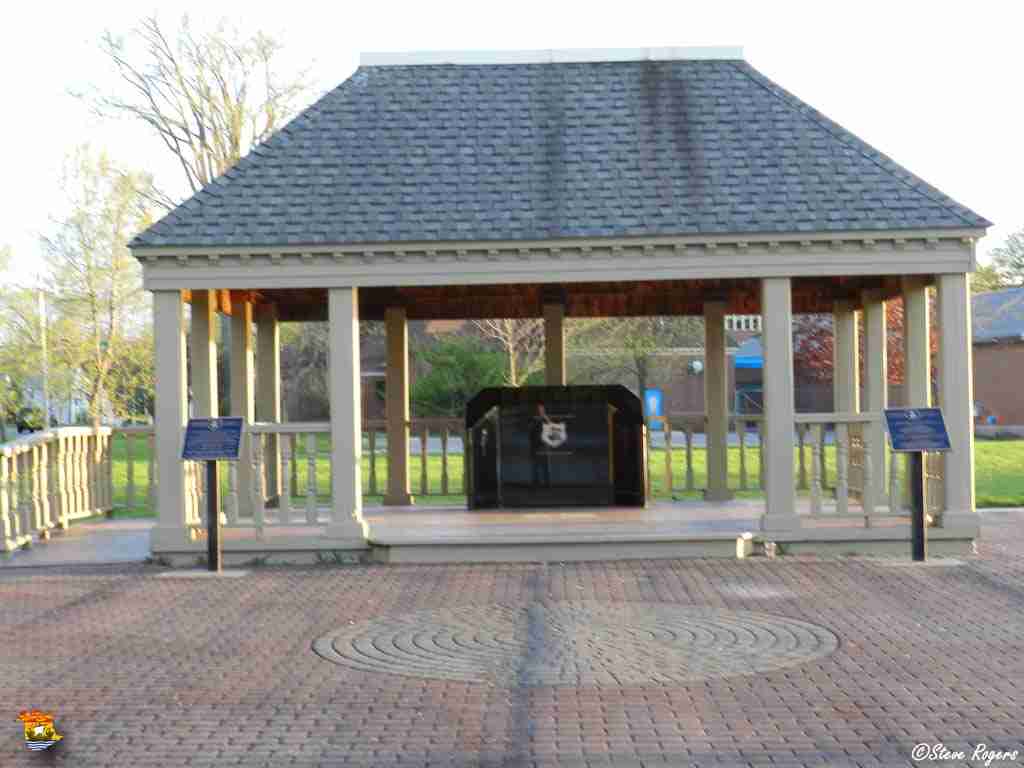 The memorial structure was designed and constructed mainly with the ideas of Fredericton Police Officer/Artist Cst. Dale Carruthers. Carruthers spent two months cutting and hand milling the timber for the memorial; as well as building it. The floor of the Memorial is painted with the Provincial emblems. 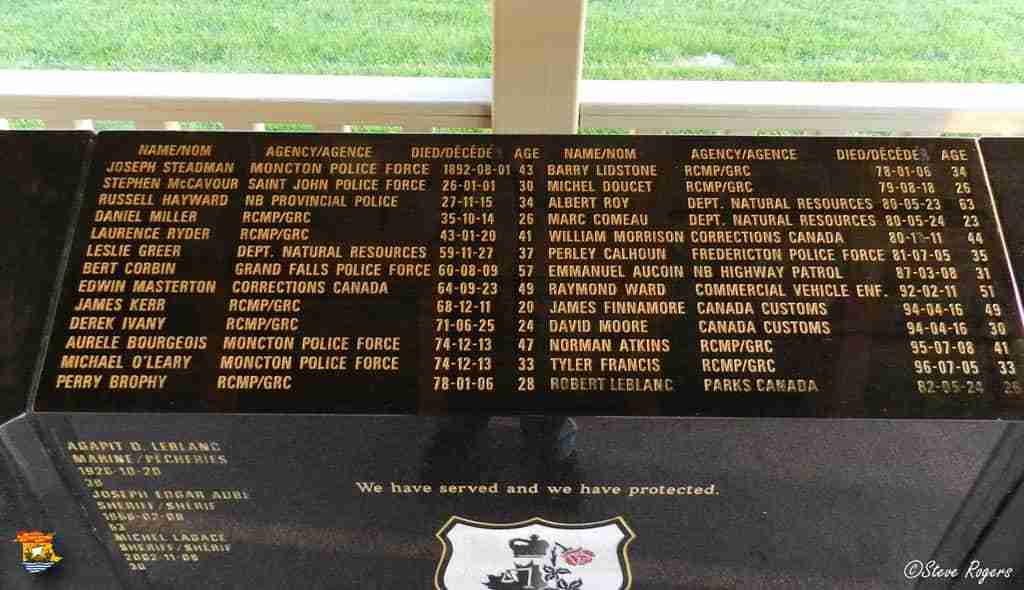 The Peace Officer’s Memorial was dedicated on August 25th, 1997 as part of the opening ceremonies for the 1997 Canadian Association of Chiefs of Police Conference and is a beautiful tribute to the individuals who made the ultimate sacrifice in the line of duty. 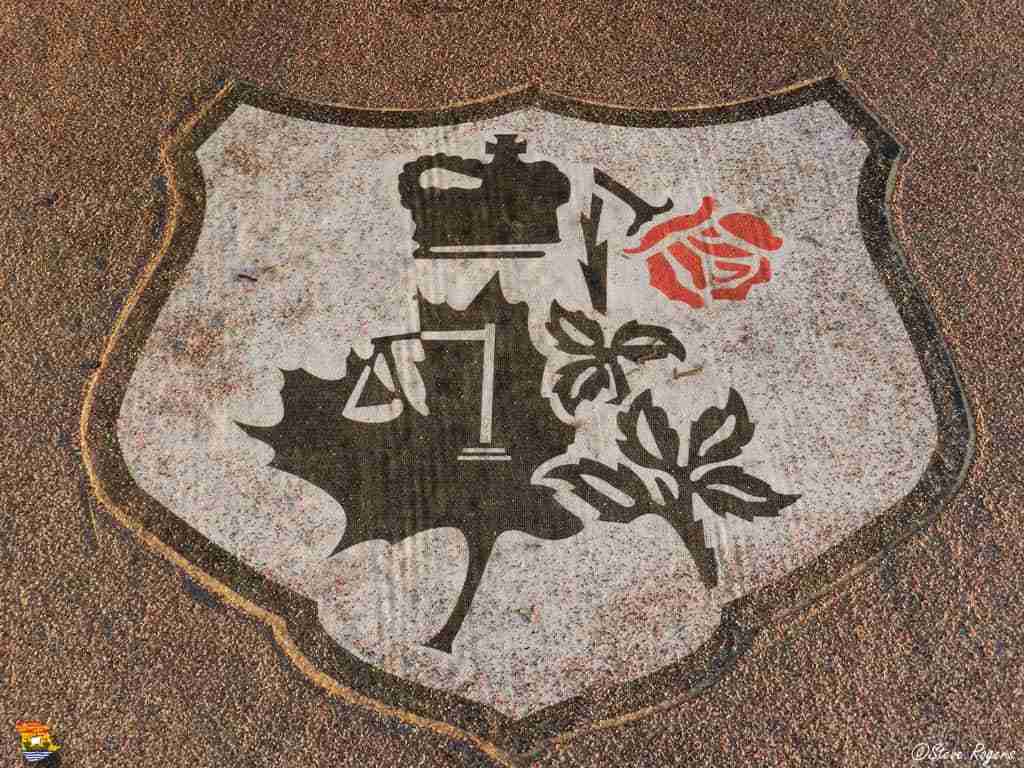 The Memorial is located along the banks of the Saint John River near the intersection of Smythe Street and Saint Anne Point Drive. The monument is housed by a timber structure with a complete brick style parade square, a beautiful tribute to the individuals who have given their life for duty.

In 2019 the Memorial Site was revamped to remove the crumbling wooden structure.