A Fredericton landmark family farm has been passed down for four generation. The Neill farm was purchased by John Neill in 1840 who came from Scotland. John worked at James S. Neill Hardware while his son A. Douglas ran the farm.

John’s son A. Douglas ran the farm from the beginning until his son, A. Douglas took over.

Until the 1940s, it was a mixed farming system that included raising livestock, and planting and harvesting crops. But for the last 50 years the farm has been mostly a dairy farm, recognized by Holstein Canada for producing some of the best Holsteins in the country.

Sons Albert and Ron Neill have a long farming tradition in Atlantic Canada, with Albert being inducted into the Atlantic Agriculture Hall of Fame in 2007, and his father Douglas honoured in 1980.

The Neill brothers learned from birth the art of being successful farmers from their parents. As partners, they took over the operation of the family farm when their father passed away in 1976. Ronald was responsible for the outside operations, while Albert was the herdsman. Albert Neill did the last milking on the farm in 2011 at the age of 80. 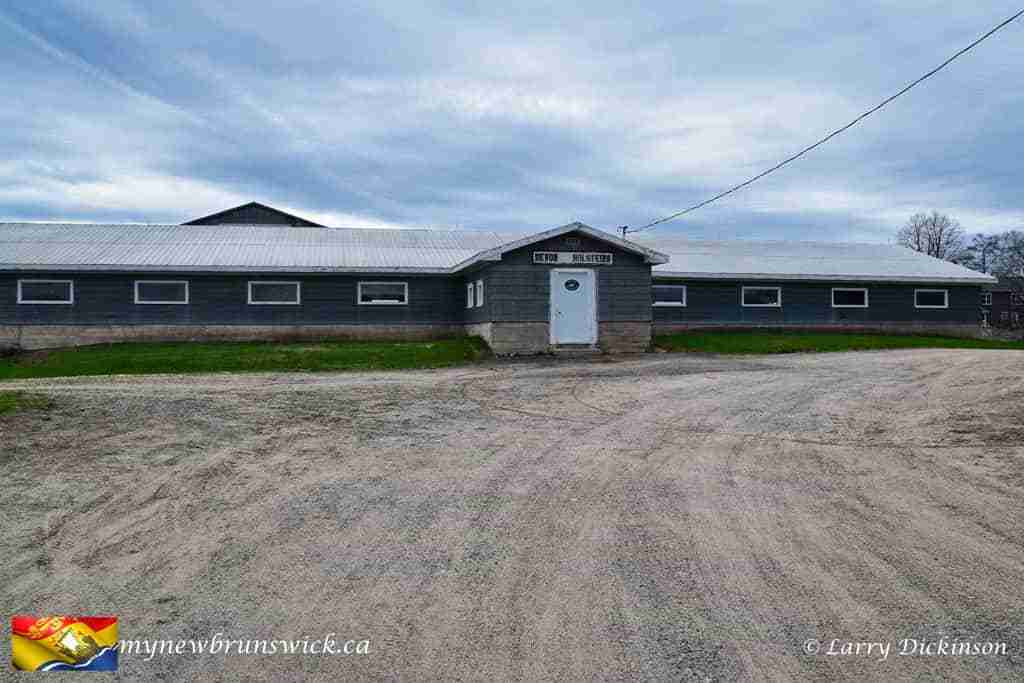 A.Douglas and Ron have the distinction of winning two Master Breeder Shields from Holstein Canada. They also received the Fredericton Chamber of Commerce Distinguished Citizens Award in 2013. Ron passed away in 2016.

The fourth generation brothers decided the Neill farm will end with them.

The rural plot of land in the urban setting of Fredericton has turned visitors’ heads for decades.

The farm has been a field trip staple for city school groups and has provided seasonal work for young adults in the area.

The barns and the 177 year old farm house still remain, but the family has started to sell the land piece by piece,.

The farm is now located in South Devon, but at one time the area was called Gibson, and another time, simply Fredericton.