The present New Brunswick Legislature Building in Fredericton has been the seat and symbol of democracy in New Brunswick since 1882, when it replaced a building that had been destroyed by fire two years earlier.

The government declared an open competition in its search for the best design. The new structure embodied the plans of J.C. Dumaresq, architect, of Saint John. The main contract had gone to William Lawlor of Chatham at an original bid of $68,800, although the final settlement was $72,085.75. The combined cost of the building and its furnishings ran to $120,000 in the currency of the early 1880s, of which $2000 went for gas fittings.

The New Brunswick Legislature Building is a three-story sandstone building with mansard roof and corner towers built in the Second Empire Style. Its central octagon domed tower, which rises 41 metres above the main roof level, is a Fredericton landmark. The portico sheltering the main entrance is supported by four round tapered stone columns, 4.25 metres high with Corinthian capitals, capped with stone carved faces and a cast iron ornamental railing. 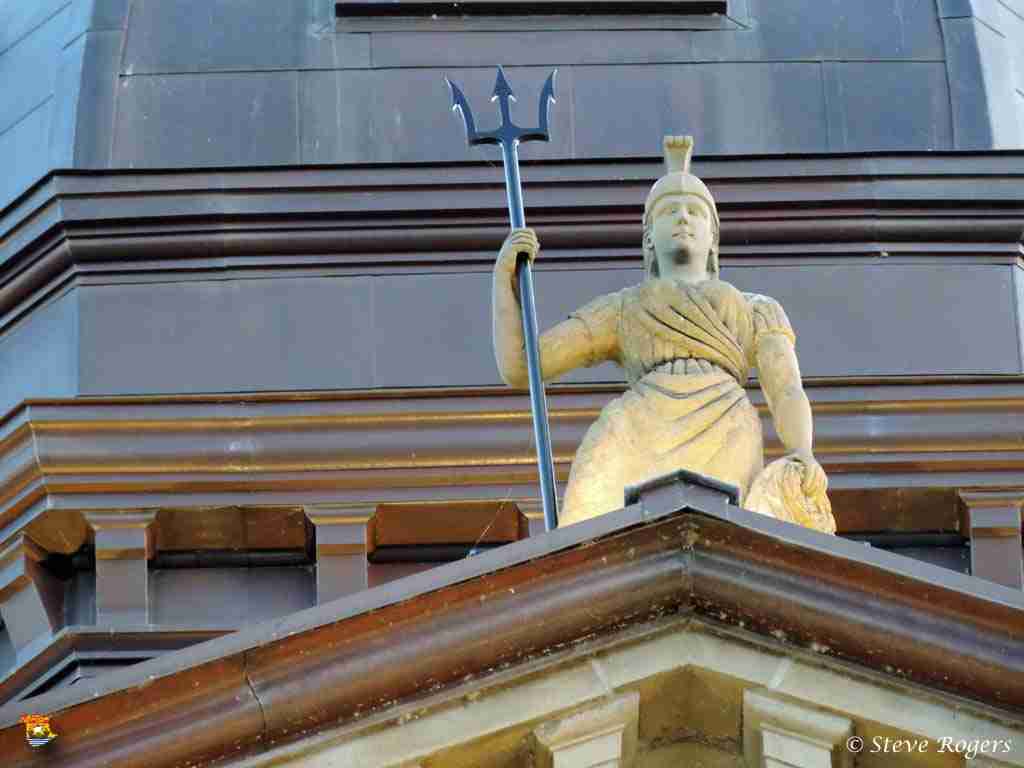 Presiding over the exact centre of the façade is a 1.83-metre image of Britannia with her trident, a reminder the building was constructed in an era when Britain, rather than Neptune, ruled the waves.

The main entrance opens into a vestibule, containing a number of commemorative plaques, through which the visitor passes into an octagonal hallway hung with portraits of former lieutenant-governors. Beyond this, to the rear, stands a large spiral self-supporting staircase, probably the most pleasing feature of the entry area. 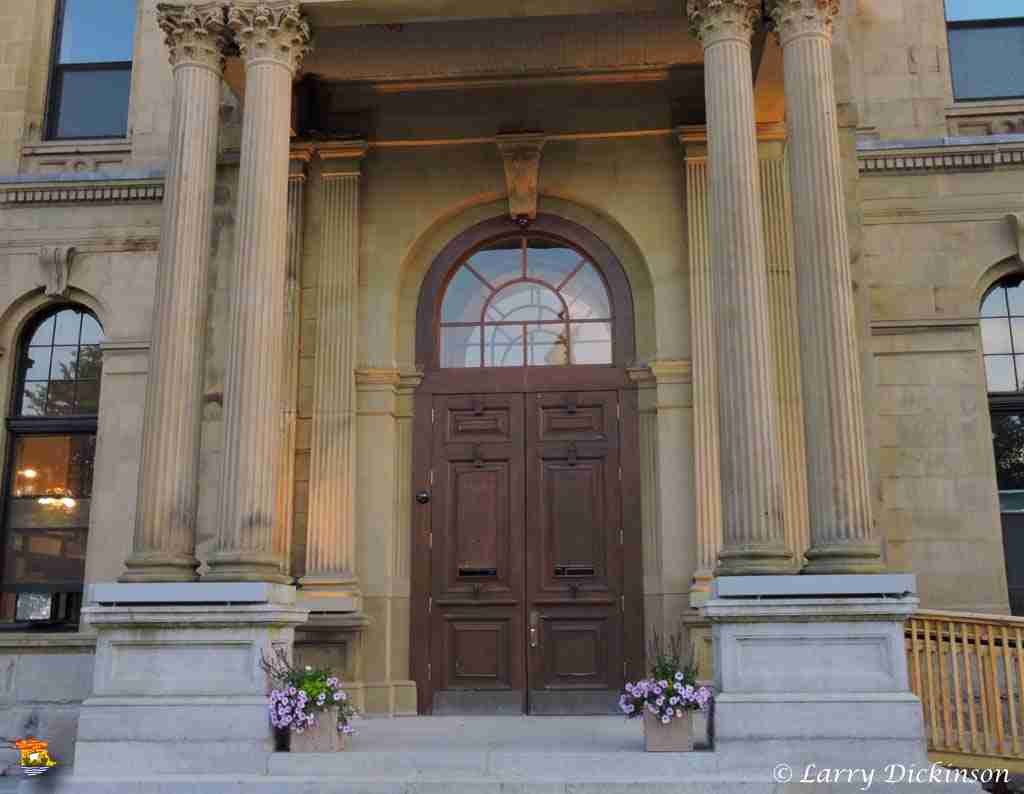 The most impressive element of the Assembly Chamber is its height, more striking because of the relative smallness of the room in terms of length and breadth. It rises 13 metres through the two main stories of the building.

Renovations to the Assembly Chamber were completed in 1988. Since originally constructed, the chamber has been adapted to accommodate an enlarged balcony and the various legislative traditions introduced during the past century. Although a period restoration was not undertaken, the interior design was based on a careful study of historical records, interior photographs, paint analysis, and fragments of carpet. The renovations also incorporate present day requirements for this public building.

The chamber interior reflects the taste of the late Victorians, which was to combine divergent design influences. 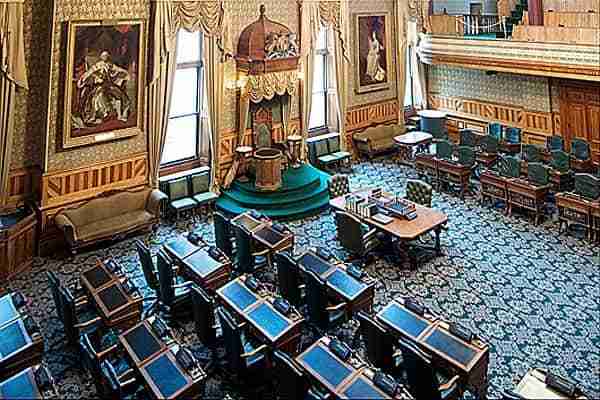 The hand-blocked frieze at the point where the chamber walls meet the ceiling features the Anthemion leaf motif and is colored in red-based tones with accents of olive, cream, metallic gold and copper, representing the influence of ancient Greece. The mid-point border is a Greek key design widely used in Victorian buildings and found in historical photographs of this room. This motif is also repeated on the pilasters of the vestibule and hallway.

The chamber wallpaper, entitled Japanesque, is a period reproduction from the archives of the Smithsonian Institution and represents a late 19th century interest in things Japanese. More than 275 rolls of the paper were required to cover the chamber and gallery walls.

By the 1860s, it was a popular practice to decorate windows with heavy draperies and archways with portières. The chamber’s formal draperies and valances are made of an olive-gold satin woven in France. The swags and jabots are lined in striped silk woven in Italy. The tones of the wallpaper are repeated in the colors of the ropes, tassels, braids, fringes and tiebacks. More than 457 metres of fabric were used in the drapery construction.

The oriental-style carpet, commissioned in England and woven in shades of green, grey, terra cotta and rust, is the strongest component of the room. Both its color and pattern contrast with rather than repeat that of the wall covering. 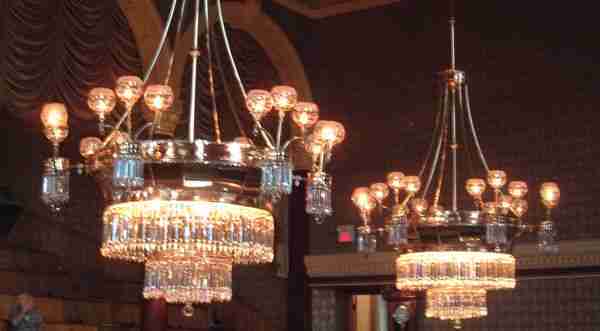 If you look carefully around the outside of the building you will see pineapples, dragons, and lots of unique art carvings. We learned that the pineapple is a recognized as a traditional expression of welcome, appearing on all sorts of decor – the fruit symbolizes those intangible assets we appreciate in home; warmth, welcome, friendship and hospitality.

To see more photos of the New Brunswick Legislature click on a thumbnail.