No. 2 Engine House at 24 Sydney Street in Saint John is designated a Provincial Historic Site for its association with the architect, John Cunningham. Number 2 Mechanics’ Volunteer Company Engine House is a handsome stone fire hall facing King’s Square, the oldest public park in the heart of Saint John. Sandwiched between the larger court house and a row of four-storey commercial buildings, the small, two-storey, pitched-roof building speaks to its time and function.

It is recognized for being the earliest known Canadian example of a fire hall designed to house a volunteer brigade using manually drawn and operated pumper fire engines. 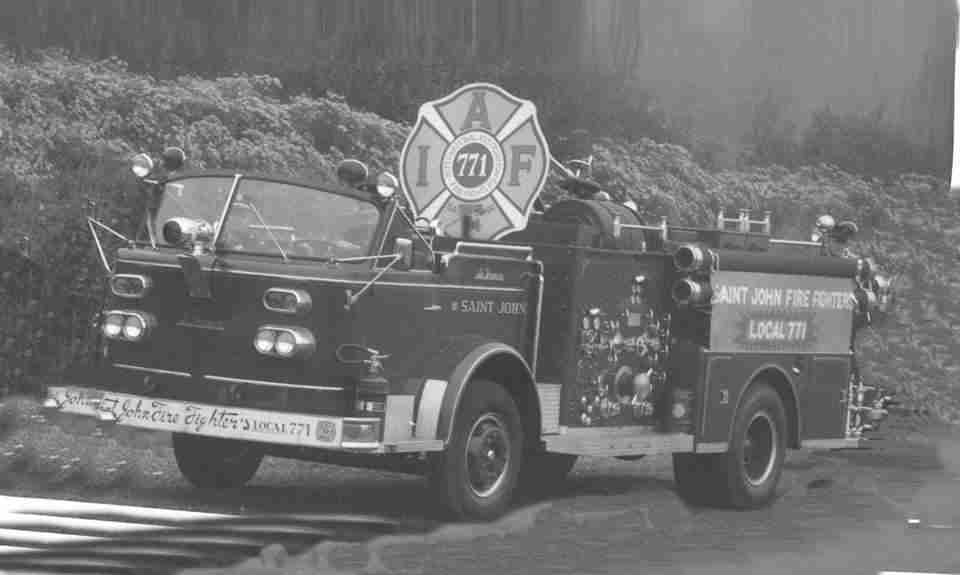 It was first occupied in 1841 and closed as a station in 1949. After its closure, the building was used by different organizations until opening as The Saint John Firefighters Museum in 1991. This museum houses a collection of artefacts related to the history of firefighting in Saint John.

Heritage value is also attributed to No. 2 Engine House as it is the work of well-known local architect John Cunningham. This building is a rare and unique surviving example of the first phase in fire hall design and in the development of municipal fire fighting in Canada. Its refined Neo-classical façade is typical of this style often used in governmental buildings during the mid-18th century. John Cunningham also designed the adjacent Court House.