It’s not very often that a three-storey building is moved from one location to another. It’s even more unusual that it should change location a second time, after standing in one place for 56 years.

This is a unique old bank. It has the distinction of having served two prestigious institutions, first The Old Bank of New Brunswick and, after bank amalgamation in 1939, the Bank of Nova Scotia. Imagine the stories it could tell from it century of experience. Like how it was moved by one horse and a few men, or about New Brunswick’s biggest bank robbery, which took place in 1984. 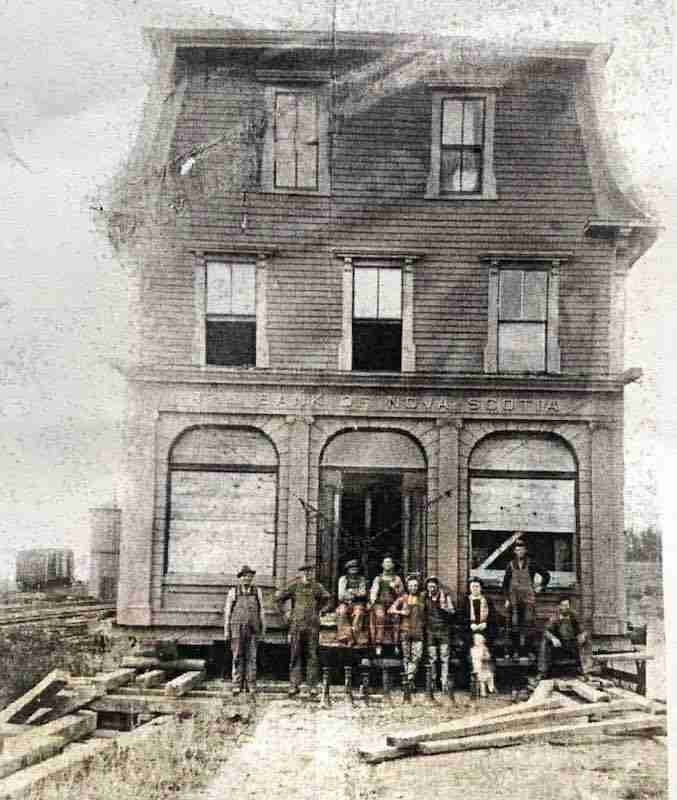 The building was especially constructed to house a bank. It served the community of Riverside since 1903. The bank’s placement was of strategic importance: it’s original location in Riverside by the wharf and next to a large hotel made it convenient for arriving and departing merchants and mariners. 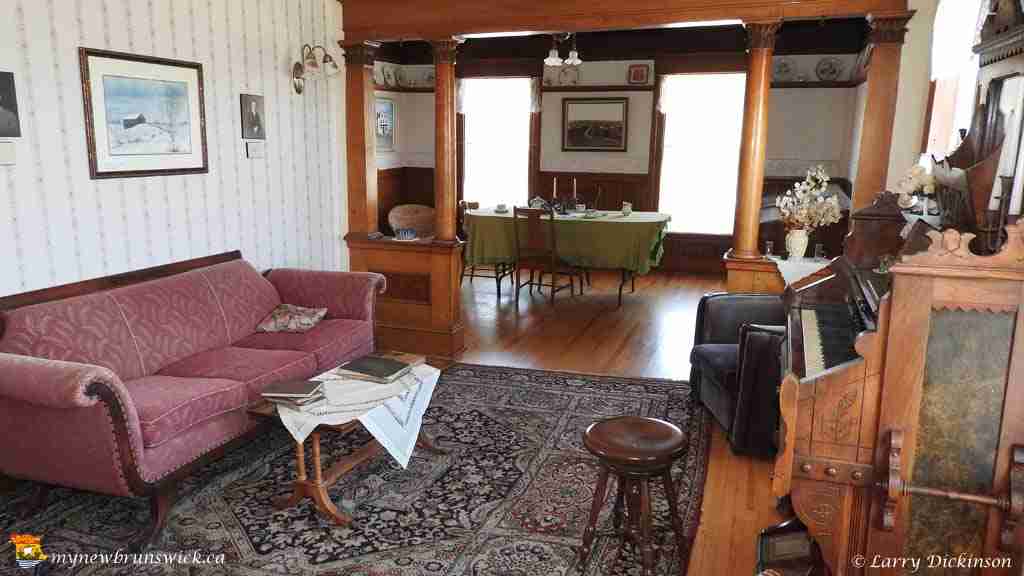 A nicely decorated apartment to house the bank manager’s family added prestige to that office. The bank manager was one of the prominent citizens of the community and his living quarters reflected his status. Also living upstairs added a measure of security for the bank.

The branch continued to operate under the Bank of Nova Scotia, but in the 1920’s the local lumber industry and general economic conditions declined. After much rivalry and disagreement, it was decided to move the building from Riverside to Albert. During the summer of 1928 the bank was placed on skids and moved one mile west along Water Street to Albert.

The bank robbery which took place on the 11th of July, 1984, created a big sensation. Two culprits were caught and convicted, but the money ($177,000) was never recovered. 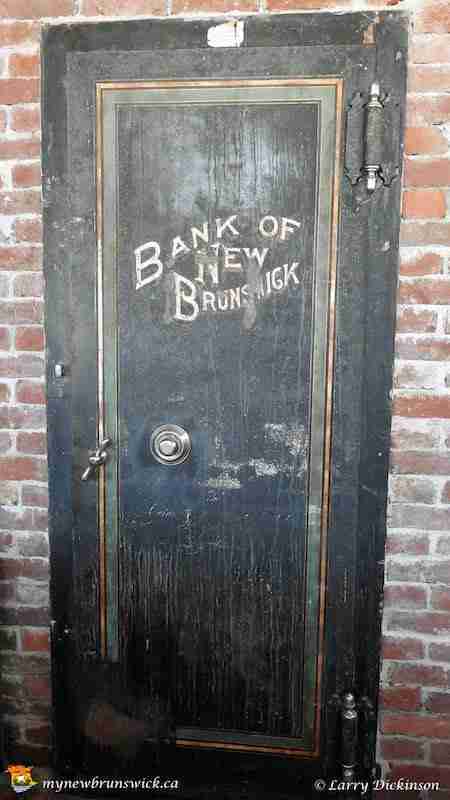 As you enter the old bank, you step back in history. Imagine depositing your savings, or withdrawing money, in bills that are no longer in use.

Seeking a loan, you are invited into the manager’s office and are impressed by the dignified room with its fireplace, heavy desk and books. The back work room now houses documents and objects connected with the economy and history of the area. 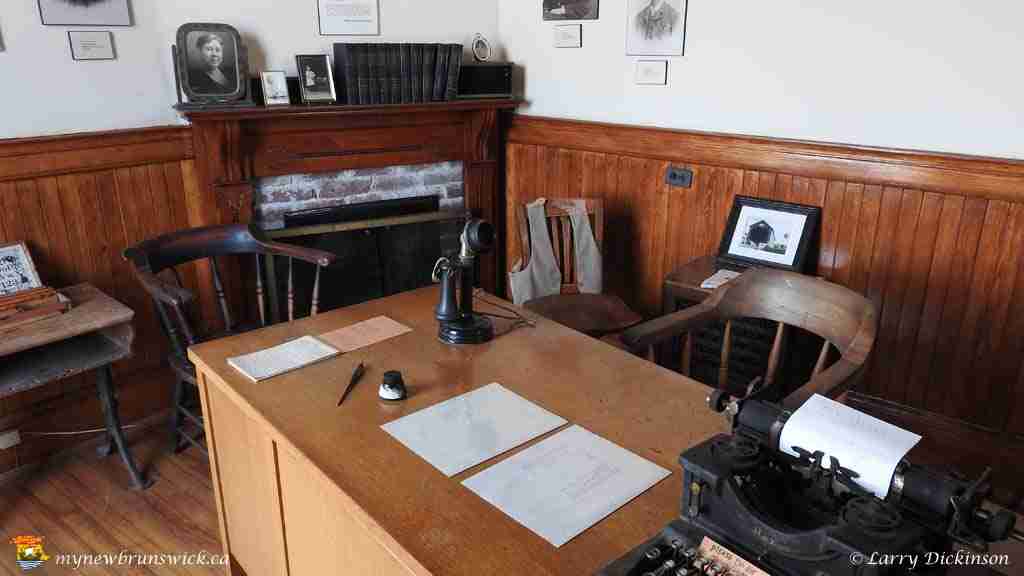 The two upstairs storeys portray a typical family dwelling of the bank manager.

The Old Bank of New Brunswick Museum is located at 5985 Route 114, Riverside-Albert, NB and is operated by the Albert County Heritage Trust Inc.

Click on a thumbnail to see more photos of the Old Bank Museum.

One thought on “Old Bank of New Brunswick Museum”