The Old Centenary Methodist Church on Wentworth Street in Saint John, is designated a Local Historic Place for its association with the Great Saint John Fire of 1877.

This structure is a good example of the architecture employed during the rebuilding process following the fire in 1877. This fire, which destroyed two-thirds of the City of Saint John, would prove to be one of the most catastrophic in the history of Canada. The use of stone and brick in the area sent a message that the city would be more fire resistant in the future. The elements and design in this building, as well as in the rest of the buildings in the area, demonstrated that the city was going to rebuild as well as, if not better than, what was destroyed in the fire. The resilient architecture of this building symbolizes the strong will of the residents of Saint John to rebuild the city. The building is situated upon two corner lots and stands alone upon the highest point in the Central Peninsula, contributing to this building’s status as one of Saint John’s top landmarks. 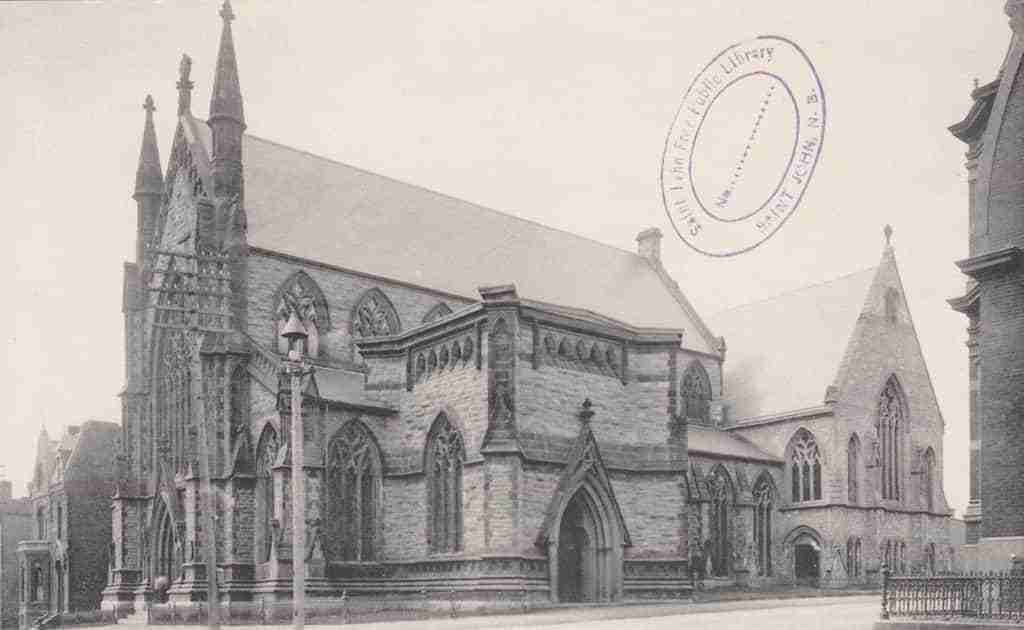 In the centennial year of Methodism (1839), the first Centenary church was built on this site. The wooden church was destroyed in the 1877 fire. Methodists suffered greatly from the Great Saint John Fire as they lost their three principal churches. This church had the largest Methodist congregation in Saint John. The current church was dedicated on August 27th, 1882.

In May, 1883, Saint John celebrated the 100th anniversary of the landing of the United Empire Loyalists. Among the events of that affair was a watch-night service held in this church. This church was selected for this celebration because it had the largest seating capacity of any of the Protestant places of worship. With the creation of the United Church of Canada in 1925, this church was known as the Centenary United Church. After the dwindling congregation moved to smaller quarters in 1999, this grand edifice was left vacant and was prey to vandalism until interested citizens obtained the building. It is currently a multi-purpose center and it is increasing in popularity as a concert venue, known as the Gothic Arches.

The building is also recognized for its grand Gothic Revival architecture. John Welsh of New York was the architect. The church has a beautiful array of lancet windows and trefoil and quatrefoil patterns that characterizes the interior and exterior of the building. The steeply-pitched roof is apparent internally, a construction technique known “hammer-beam”, all the massive timber work being wrought out of hard pine. The short beams rise in steps from the top of a wall to the roof peak, creating a more open space. Although the timbers which made up the supporting elements in hammer-beam roofs were structural, they were also used as ornamental elements.

The church was built to seat at least 1600, and to accommodate 2000 people in total. The Princess Street façade has a handsome Gothic doorway flanked by stone columns. Heavy stone buttresses support the corners and sides of the building, which are surmounted with massive pinnacles. The beautiful stained glass windows were made by J. C. Spence, of Montreal. The side lancet windows are beautiful examples of artistic work in glass. The memorial windows in this church are the finest in the City of Saint John and one of the finest displays of biblical themes etched in stain glass in the country.