The Old Hillsborough Post Office is a two-storey brick and sandstone Beaux Arts style institutional building that stands proudly aloof on Main Street in Hillsborough. Just inside the double front doors, the guarded expression of the original wall of mail boxes still scrutinizes the public area. For ninety-seven years the joys and sorrows of the villagers waited behind each brass and glass door to be revealed by the box owner’s key. 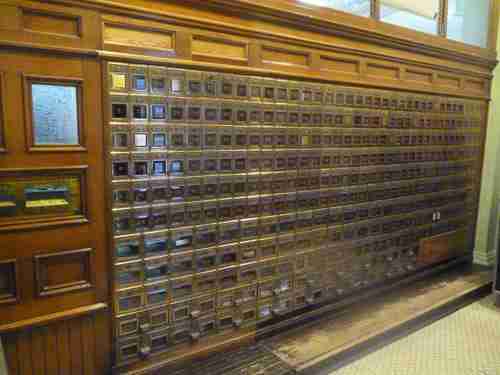 During the first ten years of the 20th century, the population of Hillsborough doubled. Agriculture continued to expand and there was renewed interest in developing a new seam of Albertite, which was attracting capital and workmen. The gypsum quarries and plaster mill were increasing their output.

The Hillsborough and Salem Railway had offices and repair shops in the village. 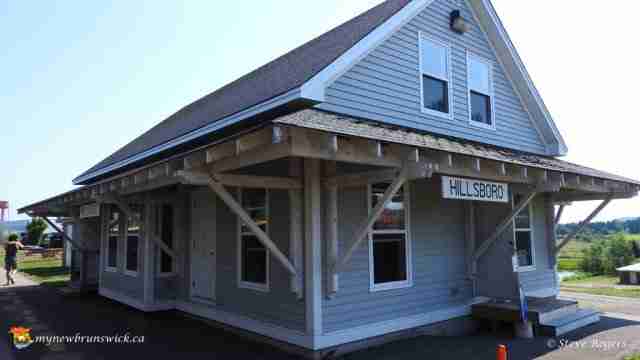 The waterfront was still flourishing with exports of minerals and lumber.

In 1912, the Government of Canada recognized Hillsborough’s booming economy by building a new combined excise, duty and post office in the village. The result was a stunning contrast of red brick highlighted by local sandstone door and window surrounds, stringcourses, keystones, entablature and foundations. Completed in 1913, the Old Post Office is more recent in design, material and construction techniques than its neighbours, setting it apart along the streetscape.

The optimism of 1912 may have been overblown somewhat, but it was not until 2005 that the post office decided its needs would be better served by a single-storey building on the marsh at the edge of town.

To their credit, the Village Council of the day acquired the abandoned post office and renovated all three levels. The practical result of this was that the old building attracted a new tenant, which has become the largest employer in the area.