When the Provincial Power Commission’s headquarters moved from Saint John to Fredericton in 1949, they built and occupied this, one of Fredericton’s only buildings that fuse the “Modern Classical” and “Moderne” styles. 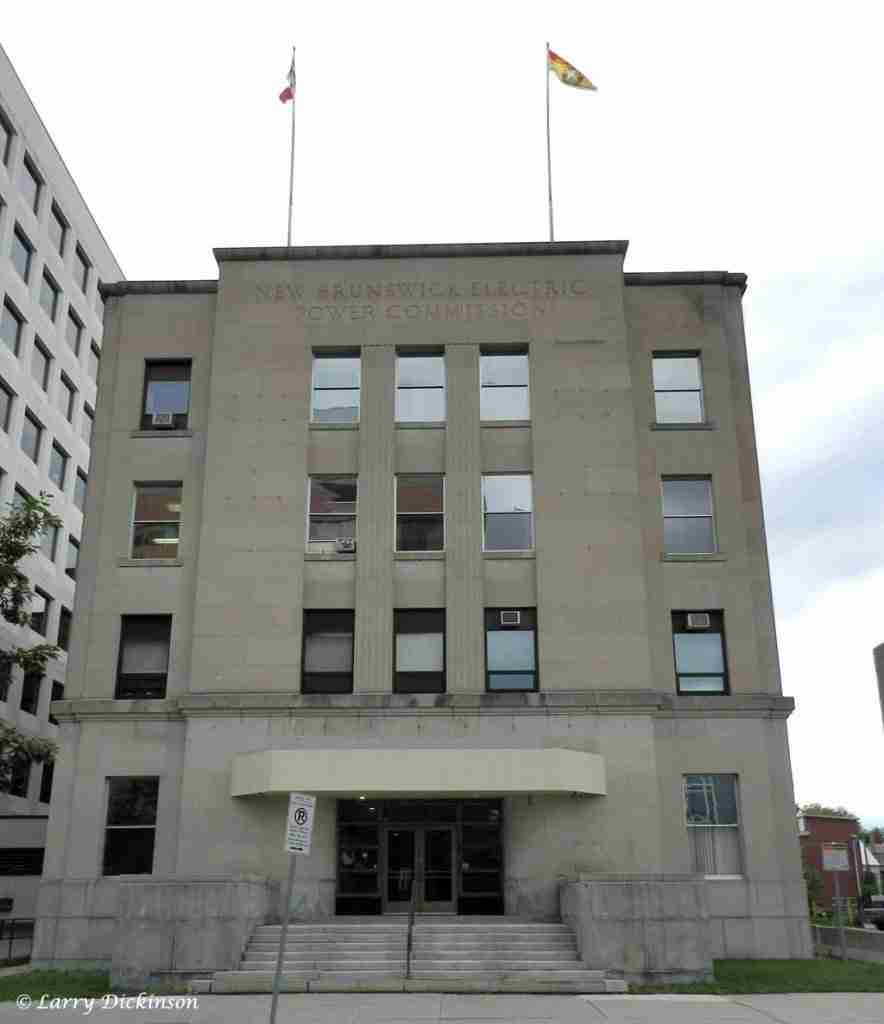 The late 1940’s was at the end of a period that saw a simplified and streamlined Beaux-Arts sensibility blend with bare, uncomplicated surfaces and geometric decoration that first appeared in the 1920’s and 1930’s.

This lovely building exudes style and solidity on the exterior with its fluted pilasters, simple cornice, and carved letters at the crest; and inside with its sumptuous marble and polished brass lobby.