Oswald Smith Crocket was born in Chatham, on April 13, 1868. He was the son of William Crocket and Marion Caldwell.

Oswald Smith Crocket graduated from the University of New Brunswick with a B.A. in 1886, then studied law for five years while working as the Fredericton correspondent for the Saint John Globe. He was called to the bar in 1892 and later founded the law firm of Phinney & Crocket in Fredericton, but he continued to work as a journalist part-time until 1904, the year he was elected to the House of Commons. He was a member of Parliament for nine years, resigning in 1913 to accept an appointment to the Court of King’s Bench Division of the Supreme Court of New Brunswick.

Three years later, he was also named Judge of the Court of Divorce and Matrimonial Causes of New Brunswick. 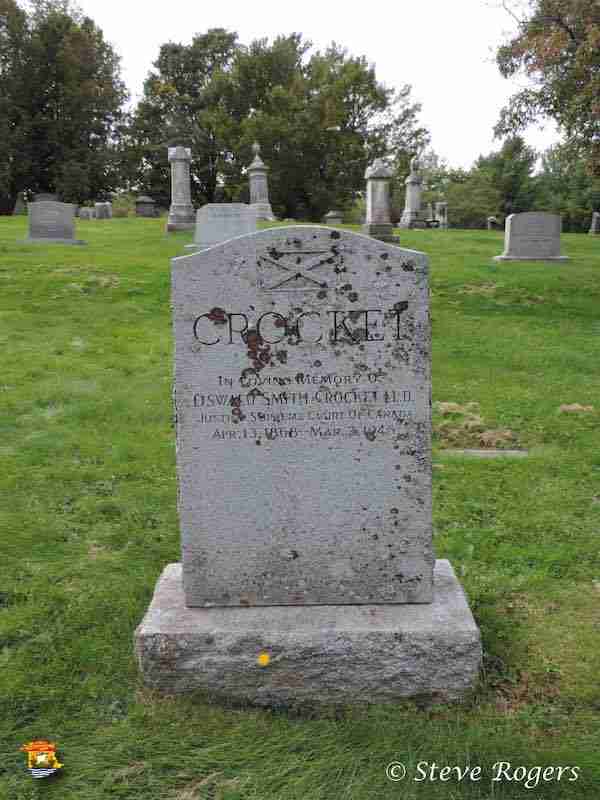