Patsy Gallant, born August 15, 1948 in Campbellton is a pop singer and musical theatre actress. Of Acadian ancestry, she has recorded and performed in both English and French.

Born Adrienne Gallant, she was one of 10 children. At age five she was part of The Gallant Sisters with older siblings Angeline, Florine, and Ghislaine. At eight Gallant gained television exposure after her parents moved to Moncton; two years later the group was playing nightclubs in Montreal. She left the group for a solo career in 1967, was featured in commercials, and was a regular on both the French-language TV variety program Discothèque and its English equivalent, Music Hop.

Gallant released her first single in 1967, which earned her appearances on a number of television variety shows. She later performed at Montreal’s Place des Arts with Charles Aznavour and shortly after, she assembled a team of young and talented creators including Yves Lapierre, Judi Richards, Denis Forcier, Jean-Guy Chapados and Ken Owen who composed and wrote for her in English.

In 1971, Gallant co-starred on the weekly television variety show Smash presented by Télévision de Radio-Canada (the French arm of CBC Television). During the show, Gallant teamed up with singer-songwriter Christine Charbonneau who wrote most of the lyrics for her two major French albums that were produced by Columbia Records, Gallant songs, written by Charbonneau included, “Tout va trop vite”, “Thank you come again” (French version), “Toi l’enfant”, “Le lit qui craque”, “Un monde en voie de naître”, and “Un jour comme les autres”. Patsy Gallant (Tout va trop vite) in 1972 was followed by “Toi l’enfant” in 1974. Several of the songs including “Tout va trop vite”, “Un jour comme les autres”, “Le lit qui craque”, and “Thank You Come Again” (French version) climbed the Quebec charts. Also found on the latter album is the original song “Les femmes”, a hit song which was covered in 1976 by Sheila in France. Towards the end of 1972, Gallant released “Upon My Own”, her first English album. Although her two French albums were hits in French Canada, the only song from this album to score a minor hit was “Get That Ball”.

With her eye on the American market, Gallant recorded her 1974 album “Power” in Nashville. Although the album spawned four moderately popular singles with “Save the Last Dance For Me”, “Make My Living”, “Doctor’s Orders” and the title song “Upon My Own”, they were not a commercial breakthrough.

Gallant’s greatest pop success came when she teamed up with producer and manager Ian Robertson for the 1976 album, “Are You Ready For Love”.

“Sugar Daddy” and the album’s title song, “Are You Ready for Love”, were also Top 20 Canadian hits that helped Gallant to win Juno Awards for Best Female Vocalist in 1976 and 1977.

Although overlooked by radio in the U.S., “From New York to L.A.” and “Sugar Daddy” were played in American discos. Gallant followed up in 1977 with her French album Besoin d’amour, which includes a French rendition of “Sugar Daddy”. That year she won a Juno Award as best female vocalist.

Gallant released the English album “Will You Give Me Your Love” and the French album” Patsy Gallant et Star”, both in 1978 on Attic Records, and had a hit with “Stay a While With Me” (“Aime-moi” in French); she also released the English album “Patsy!” which contains the disco hit “O Michel”. Gallant then released a bilingual greatest hits package in early 1979, which included a rendition of the original “Mon Pays”. 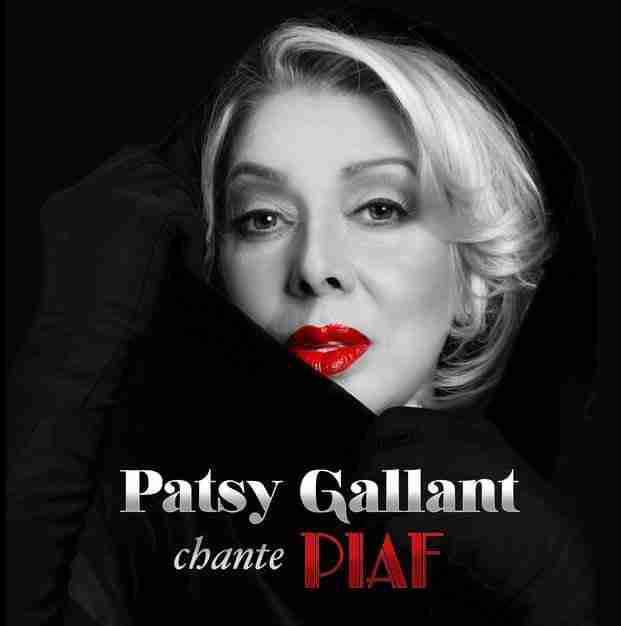 With the decline of disco, Gallant’s subsequent albums did not sell well. After her 1984 album “Take Another Look”, she retreated from the music business, and in the late 1980s began taking roles in musical theatre. She has appeared in productions of Cats, Nunsense, a stage biography of Édith Piaf, and played the role of Stella Spotlight in the French hit musical, Starmania in Paris France which ran for eight years in the 1990s. Ironically, Luc Plamondon, the creator of Starmania, wanted Gallant to play Stella in the original stage production in the 1970s; but owing to Gallant’s busy schedule at the time, her managers did not even tell her about Starmania, and the role of Stella Spotlight in the original production went to Diane Dufresne. She also had a brief stint as the stepmother in Cindy, a musical based on Cinderella, also written by Plamondon.

Gallant married (and later divorced) composer pianist Dwayne Ford, who has appeared on many of Gallant’s records, and who produced her “Take Another Look” album. The couple had a son together, Jason.

After living in Paris for eight years, Gallant returned to Canada in 2005 and released the compilation album “Tout va trop vite”. The album contained a number of her biggest French hits, early recordings from the 1960s, lost disco-era songs such as “It’s Got to Be You”, and a re-recording of “Sugar Daddy”. Gallant has more recently recorded a duet with the French rap group, Treizième Étage, called “Faut pas lâcher”. The song appeared on the group’s album “L’Asphalte dans mon district” (2006). Her  single “Coeur de velours” was released in July 2010.

On the strength of her disco success, Gallant hosted her own variety show, “The Patsy Gallant Show”, which was produced and broadcast on CTV in 1978 and 1979.

In 2002, Gallant had a supporting role in the feature film, “Yellowknife” in which she played a nightclub singer. Gallant performed four songs for the film soundtrack, including “Sugar Daddy” and three compositions penned by her, “Ain’t No Way to Treat a Woman,” “Dancing in the Wind,” and “Save My Soul”. For this role, Gallant was nominated for a 2003 Jutra Award for Best Supporting Actress (Meilleure Actrice de Soutien). 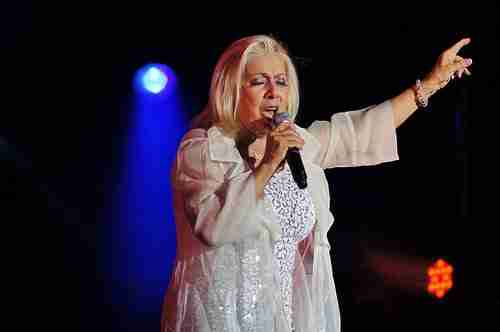