Construction on the Pennfield Air Station, designed to train pilots for WWII action in Europe and the Battle of Britain, began 9th October, 1940 after a suitable site was selected on Pennfield Ridge. According to a report in “The Saint Croix Courier” dated January 4th, 1940:

“The proposed site is located at Pennfield, where it seems nature and mankind have combined too provide all the essentials for a modern large-scale airport. Bounded by the Shore Line Railway, the main highway, and the old road, the area possesses outstanding advantages for use by the huge bombers and commercial planes of today, having a large flat area unobstructed by high land for miles in any direction, a self-draining type of soil, convenient location as to highway and railway transportation and ample source of electric power. It also has a good water supply, is close to the sea and near numerous lakes inland which could be used for emergency landings, is located not more than three-quarters of an hour by car from Saint John, and not from the larger centres of population in Charlotte County.”

This facility would become part of the “British Commonwealth Air Training Plan”.

In October 1940, there were over two hundred men working on the project. Dexter Construction Company was contracted to construct the runways; ACME Construction Company erected most of the buildings; and Storms Contracting Company, Limited put up the hangars and drill hall. The first test flights (day/night) were completed on January 16th, 1941. The air base official opened for training on July 21, 1941. It was part of the No.3 Training Command with it’s headquarters in Montreal, Quebec. 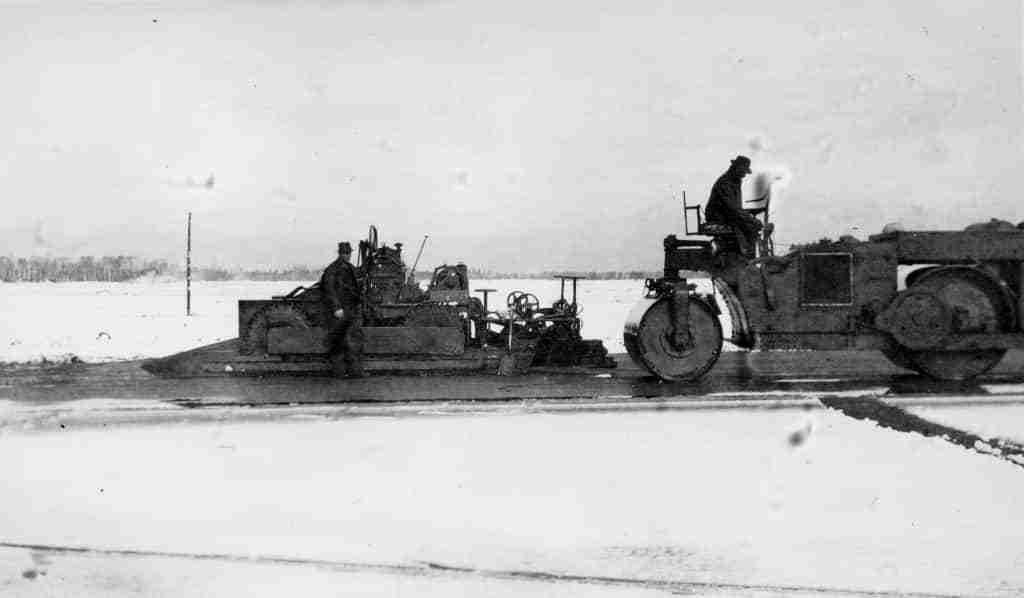 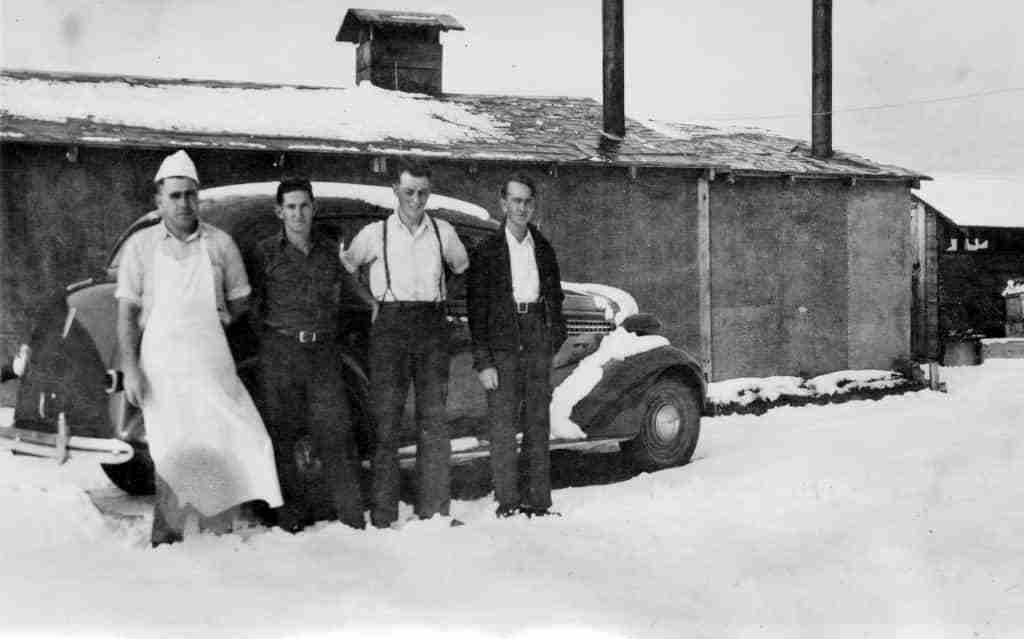 The school was divided into four training companies, A, B and C for standard training and E for specialists, and included a School of Instruction for teachers and a separate section for the Veterans Guard of Canada and infantry officers. The standard syllabus for army recruits repeated much of the subjects seen at basic training centres, namely small arms, gas defence, grenades, PT, map-reading, bayonet drill and anti-tank rifle. But it also included new subjects such as military security, fire control orders, message writing, roadblocks, field cooking, unarmed combat, bobby traps, construction of weapons slits and smoke bombs.

To this were added 15 and 20-mile route marches. Much practical training was received on the assault, weapons and bayonet ranges, the latter on a line of faggots (straw dummies). Veterans Guard members, employed to protect vital installations and internment centres, endured the same kind of training but only over a three-week period. The course offered to infantry Lieutenants consisted of small arms tactics, sentries, water obstacles, platoon tactics, stalking discipline, infantry range-finders, handling Prisoners-of-War, driving and maintenance, clearing pillboxes and court-martials over a four-week period. Other sub-units were added later on to the camp such as F Company to accept incoming drafts and a Trained Soldier Company for those on their way. On 21-August-1942, the school was predesignated A-30 Canadian Infantry Training Centre.

Pennfield first served as No. 2 Air Navigation School (ANS). By May of 1941, there were close to 40 buildings including 4 large hangers (each occupying nearly an acre of ground), blocks of barracks to be used as living quarters; a huge building cut up into classrooms, offices, and so on; drill hall, hospital, dental clinic, two canteen buildings, and a complete recreation hall. The air base was also had its own water supply and internal telephone system. The runways would be lengthened in the Fall of 1941. In May of 1942, No.2 ANS departed Pennfield and No.34 Operational Training Unit (OTU) was established at Pennfield Ridge. By 1944, the air station had grown larger with further development on the south side of the highway and the addition of a 5th hanger.

With the end of the war, Pennfield Ridge became the operational location for RCAF’s Heavy Transport, where it converted medium and heavy bombers for civil use. In late 1940s, Pennfield Ridge was turned over to the Department of Transport and a few years later, Trans-Canadian Airlines would use the airport to service the city of Saint John as a stop in it’s Boston to Halifax route. When Saint John/Clover Valley airport was opened, Pennfield closed as a commercial airfield. The Department of Defense took back use of the airfield for a short time. Small private planes would use the airfield over the years. Even in 2007, several private airplanes utilize the runways at Pennfield. During various parts of the 1950’s until the 1990’s, one of the runways was used by the New Brunswick Drag Racing Association. Today, the field is used by Acadia Seaplants Limited to dry out seaweed. The Seaweed, once dried, will be used as fertilizer for plants. There is a fuel reserve tank at the field used by Irving and Natural Resources. But very little remains of the once active military airfield… the 3 runways and taxi-way, a firing bat, 4 munitions bunkers, some foundations and a few paved streets.

A few miles away from the Pennfield Air Station army construction crews arrived in July of 1942 to begin construction of Camp Utopia, the largest military facility in New Brunswick at the time. Ground assault troops began training there in 1943, preparing for the invasions of Italy and northwest Europe. There was a supply depot, commissary (including bake shop), two cook houses of 500 men capacity, drill hall, canteen, auxiliary service hut, barber shop, modern dental clinic, fire station, and a new modern hospital. In the outside training area: 2 rifle ranges, a model village (Ortona), a field firing range, a battle inoculation range, 2 Sten gun ranges (one for classification and one for woods fighting), P.I.A.T. ranges (both for inert and H.E. bombs), a modern grenade range equipped with Hobbe glass, a six pounder range, skeet range, 2 and 3 inch mortar ranges, a cross-country obstacle course, bayonet assault course, mine fields and mines and bobby trap hut with moascar stalks. Over 300 officers and 12,000 rank and file had passed through the unit by its official closing on April 30, 1946.

Camp Utopia was retained by the army after the war. The base was used by various reserve units such as the Carleton & York and the Royal Newfoundland Regiment in the fifties and by a regular unit, the 4th Field Regiment of the Royal Canadian Horse Artillery. The regiment occupied the remaining H-Huts, stored its gun in the drill hall made use to three PMQs at Pennfield Ridge and a few temporary MQs at the camp. 4-RCHA departed in November 1955 for Germany leaving behind its “W” Battery. After the Battery left two years later, there was a suggestion the camp continue to be used by the militia and cadets or that it be converted into a prison or technical school. The buildings by then were in such poor shape the army declared the camp surplus. Closure in 1958 was followed by a sale to the province for $90,000.