The second settlers, Mr. & Mrs. Henry Ridgewell, arrived in 1882. The third settler was a gentleman named David Roulston and his family. The first true native of Plaster Rock was Gideon Day.

As the settlement grew, new structures and amenities cropped up. The first school was built in 1901 at Pig’s Ear with Henry Ridgewell as its janitor. This school burned down, and in its place was constructed a store.

Farming was the first occupation. Farmers raised pigs, cattle, hens and other animals for their own use. At this point in time, potatoes were not an important crop.

In winter, the men went to the woods and lumbered. In 1896, a lumber mill was built by Fred and Archie Hale; Donald Fraser later purchased it in 1901. The mill was located where the present Twin Rivers Paper Company (formerly known as Fraser Paper Inc.) mill stands. 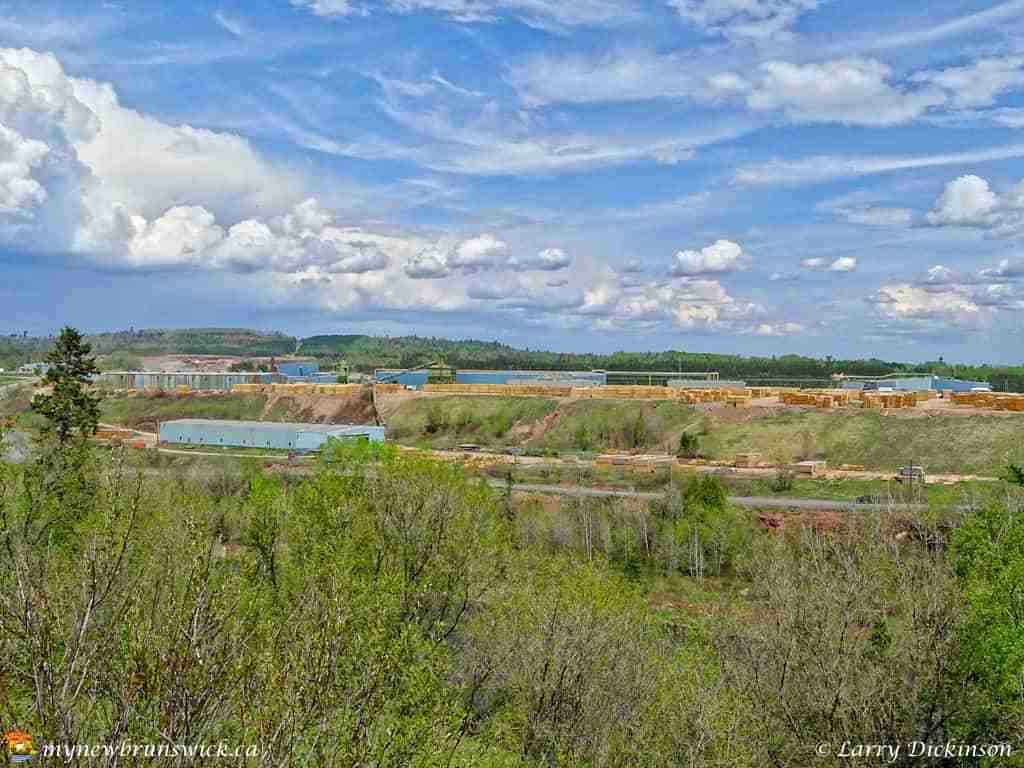 The Fraser name has been identified with logging on the Tobique River for over 100 years.

In 1895, Donald Fraser, Sr., the founder of Fraser Companies Limited, participated in organizing the Tobique Log Driving Company. The firm’s name at that time was Donald Fraser and Sons, incorporated in 1895, comprised of Donald Fraser Sr. and his two sons, Archibald and Donald. At this point, most of the logs cut on the Tobique were water driven to mills on the St. John River. In 1894, Donald Fraser and Sons had built a large sawmill at Fredericton called the Aberdeen Mill. This mill burnt in 1905 and was never rebuilt. 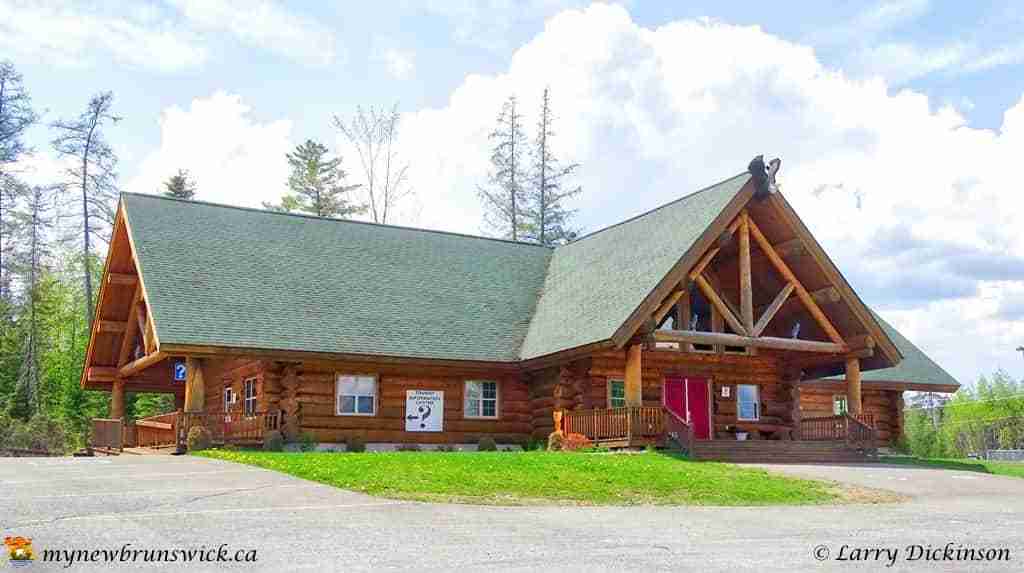 Shortly after the mill was completed, around 1900, James McNair, father of former Premier J.B. McNair, built a general store on the west side of the river. This was the town’s first commercial venture other than the mill.

Primarily English, the town is historically a logging and lumbering community.Plaster Rock was incorporated as the Village of Plaster Rock on November 9, 1966.

Known as the Gateway to Mount Carleton Provincial Park, the community is the source of business, commerce, banking, grocery shopping, and religious and sport gatherings for the surrounding hamlets and homes of the Tobique River region. The Tobique River, which has its source Nictau Lake at Mt. Carleton Provincial Park, flows through the tiny communities of Nictau, Riley Brook, Oxbow, Plaster Rock, Arthurette, Red Rapids, and empties into the Saint John River above Perth-Andover. 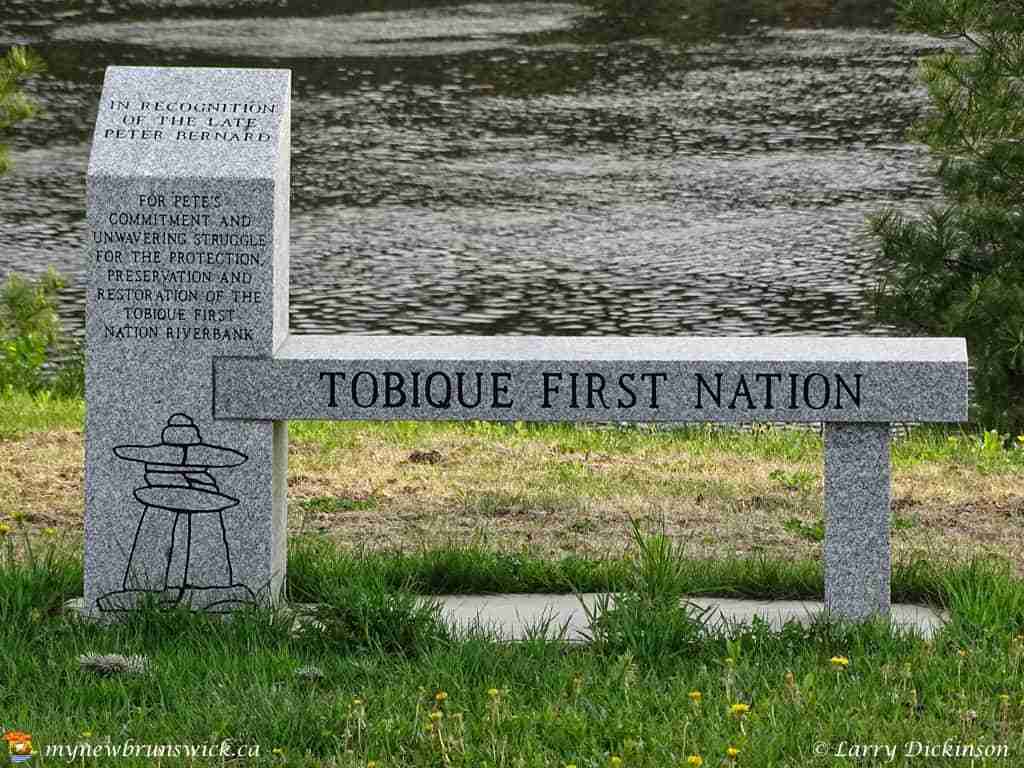 The Tobique First Nations Reserve is located where the Tobique and Saint John Rivers come together. The town has 6 churches, namely a Catholic Church, an Anglican Church, a Free-will Baptist Church, aUnited Baptist Church, a United Church of Canada, and a Pentecostal Church. From 1898 to 1901, the Baptists of Plaster Rock worshiped at Linton Corner Church. After 1901, a room was reserved in the sawmill. Services were even held in the hotel office during the cold winter months. In 1908, the congregation celebrated the dedication of their new church. Disaster struck when both the parsonage and church were destroyed by fire in 1920 by sparks from the mill. Two years later, their second church celebrated its dedication at the present-day site.

Plaster Rock is home of the World Pond Hockey Championships, which take place annually in February on Roulston Lake, featuring 120 teams from around the world. In 2016 Wayne Gretzky attended the event and Budweiser introduced its 20-metre goal-light as it began its trek across Canada and eventually to the North Pole.

In June, Fiddlers on The Tobique is a large event attracting tourists and visitors from all over the world as they put approximately 1300 canoes into the waters and float accompanied by fiddlers and their Maritime music.

Click on a thumbnail to see more photos of Plaster Rock.

One thought on “Plaster Rock”