This handsome brick and stone edifice, located on Queen Street in Fredericton, replaced the original 1876 Victorian building built as a Normal School for teacher training which was destroyed by fire in 1929. 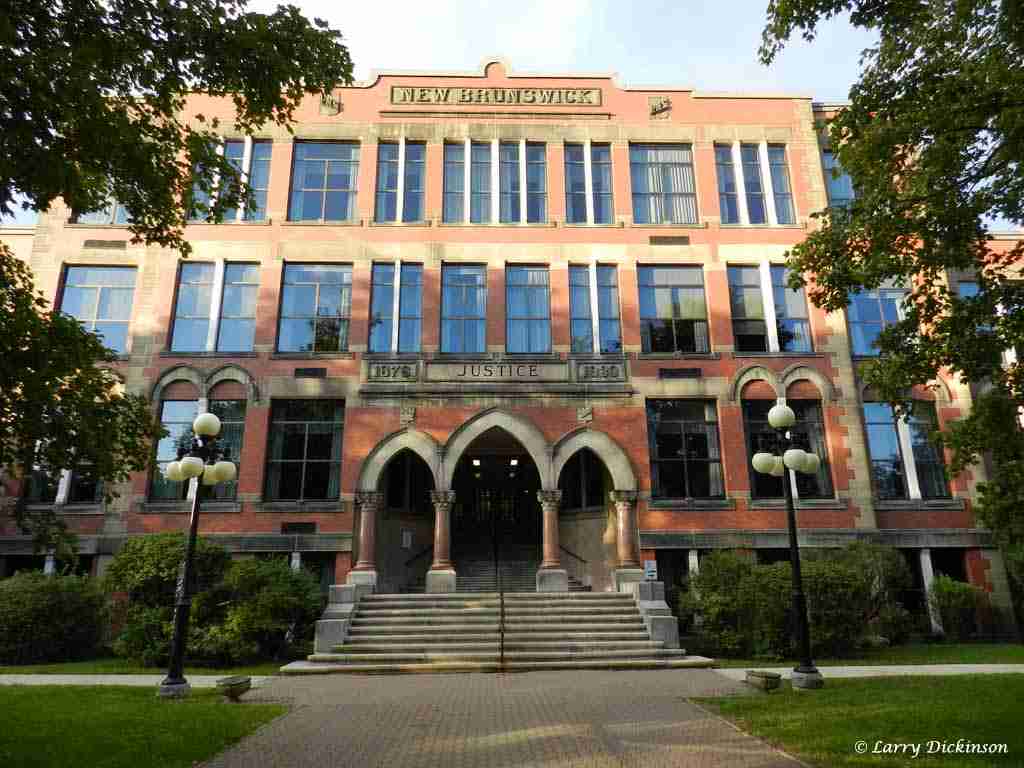 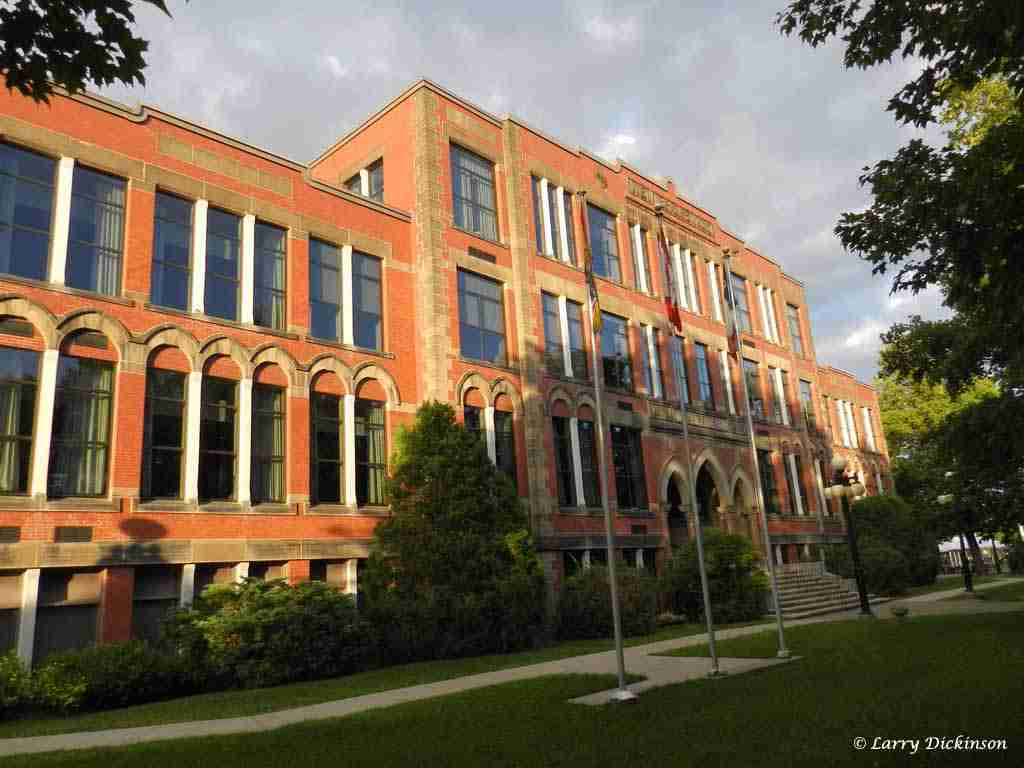 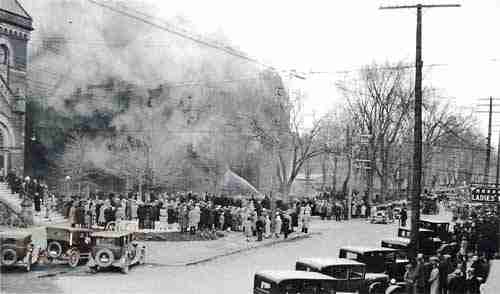 This explains the two dates of 1876 and 1930 on the frontispiece and the shields with initials PNS (Provincial Normal School).

Some older portions survive, including the 1913 rear annex of lighter brick, along with the triple-arched entrance with its pink granite pillars, which were saved from the ruins of the 1876 fire. 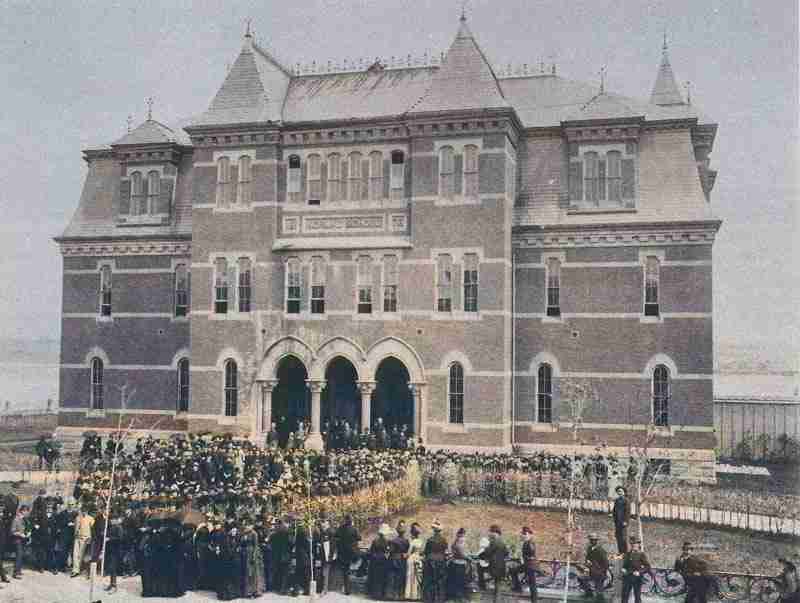 At present, it is the Justice Building of the Provincial Government with cultural/studio spaces in the rear annex.

Joseph Marshall de Brett Maréchal, Baron d’Avray (November 30, 1811 – November 26, 1871) was a member of the French nobility who became an educator in the Province of New Brunswick.

In 1848, he, his wife, and their daughter, Laurestine Marie, moved to Fredericton, N.B., where he had been appointed to found the first training school for teachers in the province.

As head of the normal school until it burned in November 1850, and later as chief superintendent of education (1854–58), d’Avray proceeded to institute a series of educational reforms which a modern student has characterized as “ultra-progressive.”