A bronze monument featuring life-size statues of RCMP Constables Doug Larche, Dave Ross and Fabrice Gevaudan who were killed during the Moncton shooting in 2014 is located in Riverfront Park off Assomption Boulevard next to the Petitcodiac River.

The RCMP monument was created by Newfoundland-based artist Morgan MacDonald. He brought some family members to his foundry in Logy Bay, N.L., to discuss the project and to have them work with clay.

The monument features the three men wearing different uniforms — Larche in the red serge, Gevaudan in the working patrol uniform, and Ross in the uniform of a dog master.

The details of each uniform are intricate. One can clearly see boot laces, belt buckles and bulging pockets.

Gevaudan mastered a range of skills during his career, and there are imprints of challenge coins he earned for such things as becoming a member of the underwater recovery team.

Around the statues is a maple leaf element, with leaves for each family, the area communities, and for local schools. 1,500 people turned out to provide impressions of their thumb prints that were later cast into the bronze leaves.

The three men were among the police officers who responded to a neighbourhood in the west end of the Moncton following reports of a man with a gun. Justin Bourque walked past civilian residents that he encountered, choosing only to shoot at police.

He was captured following a 30-hour manhunt that gripped the city with fear. Bourque is serving a life sentence with no chance of parole for 75 years. 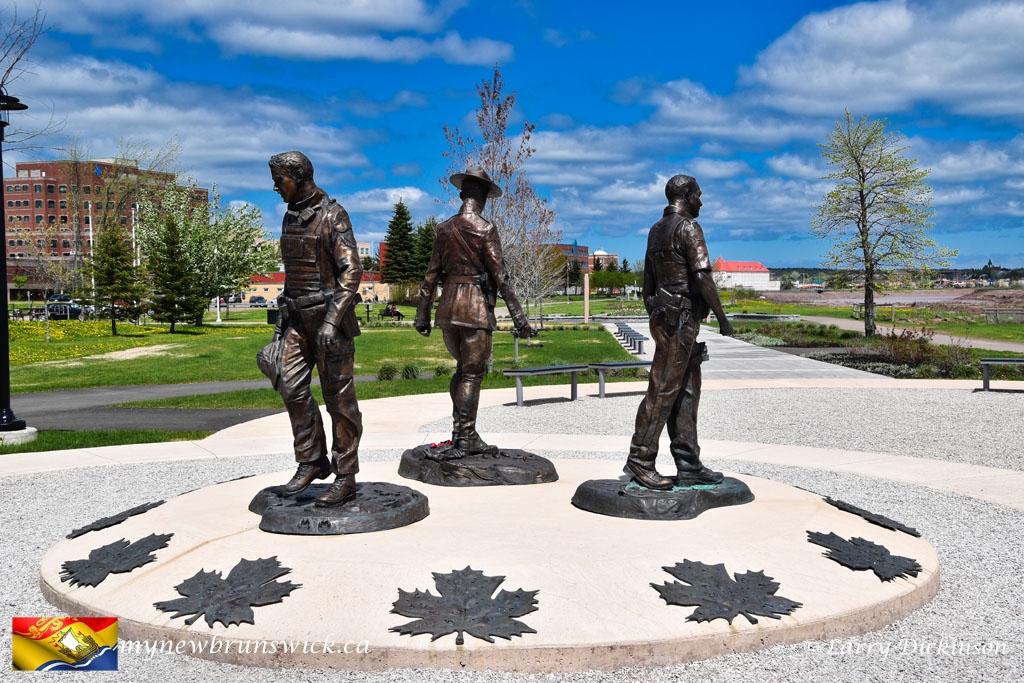 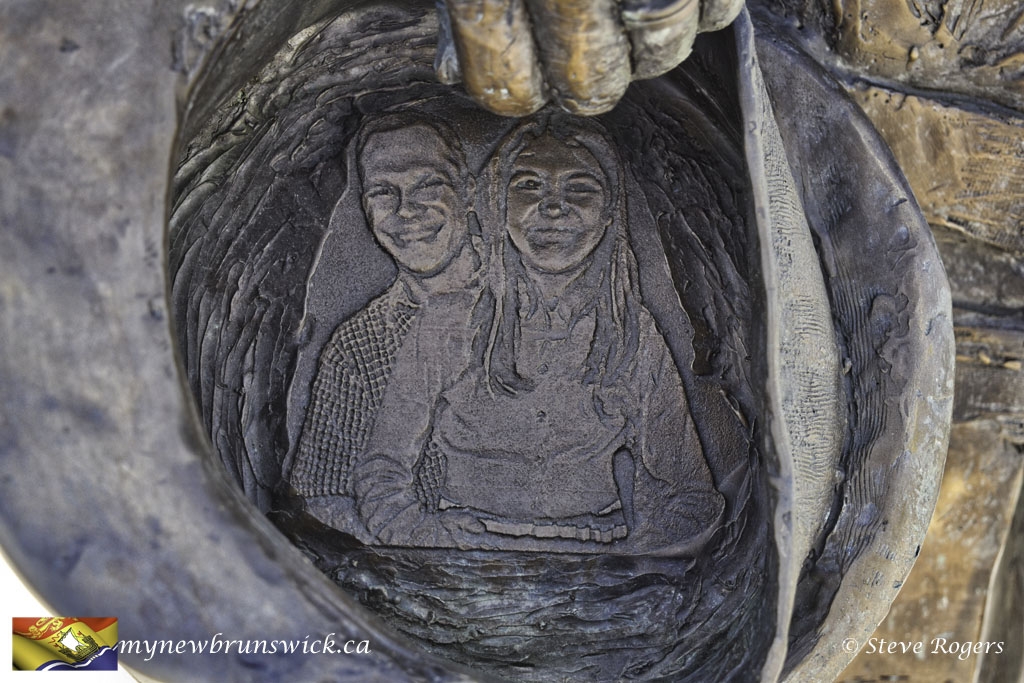 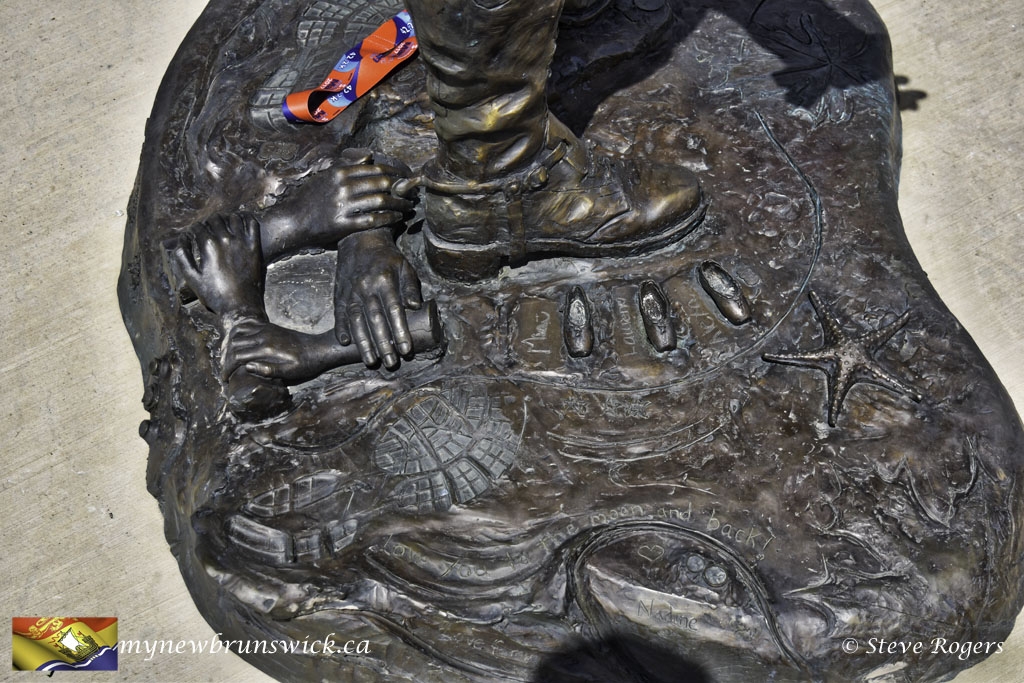 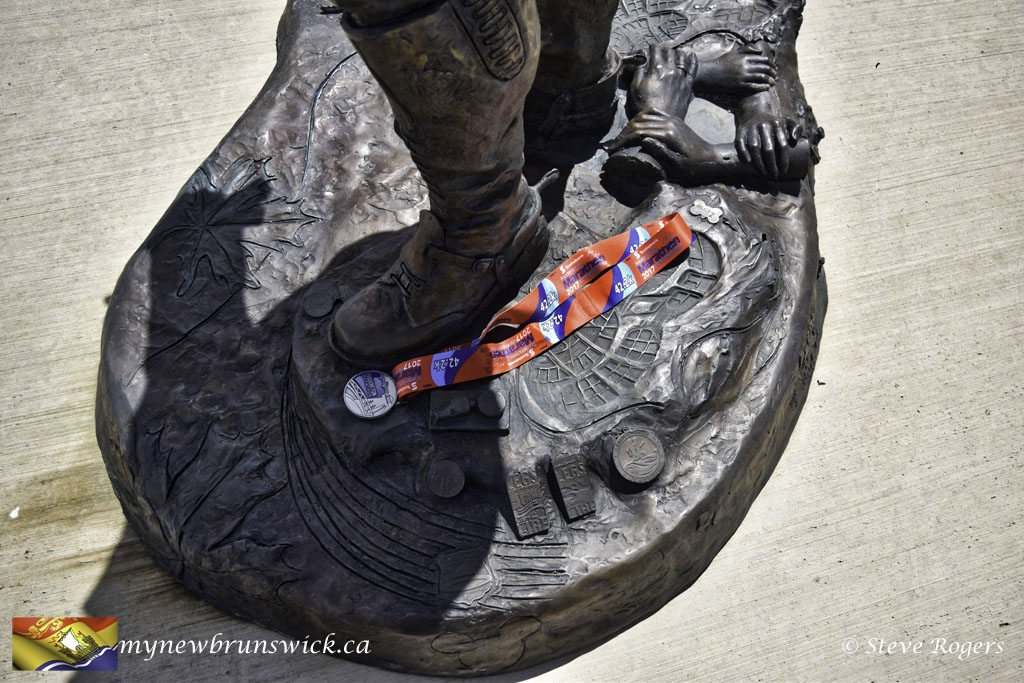 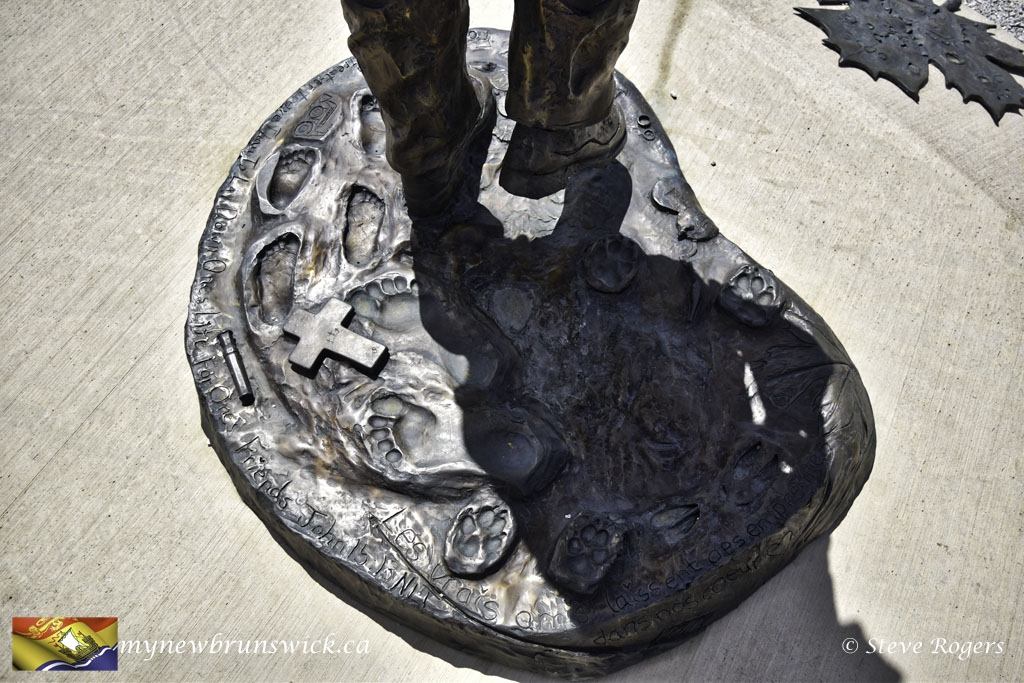 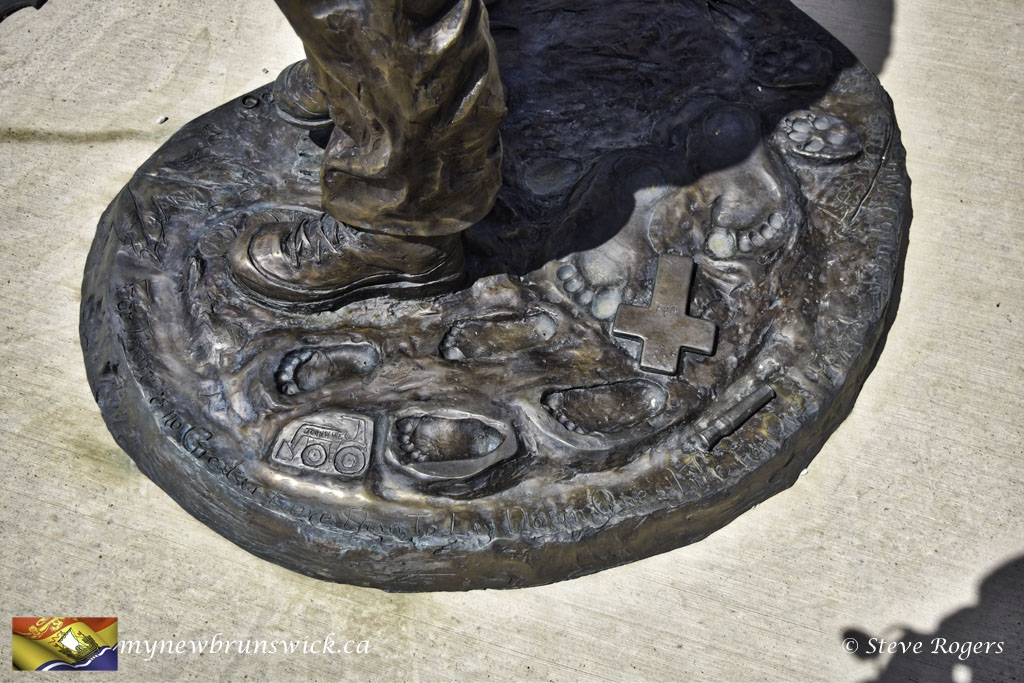 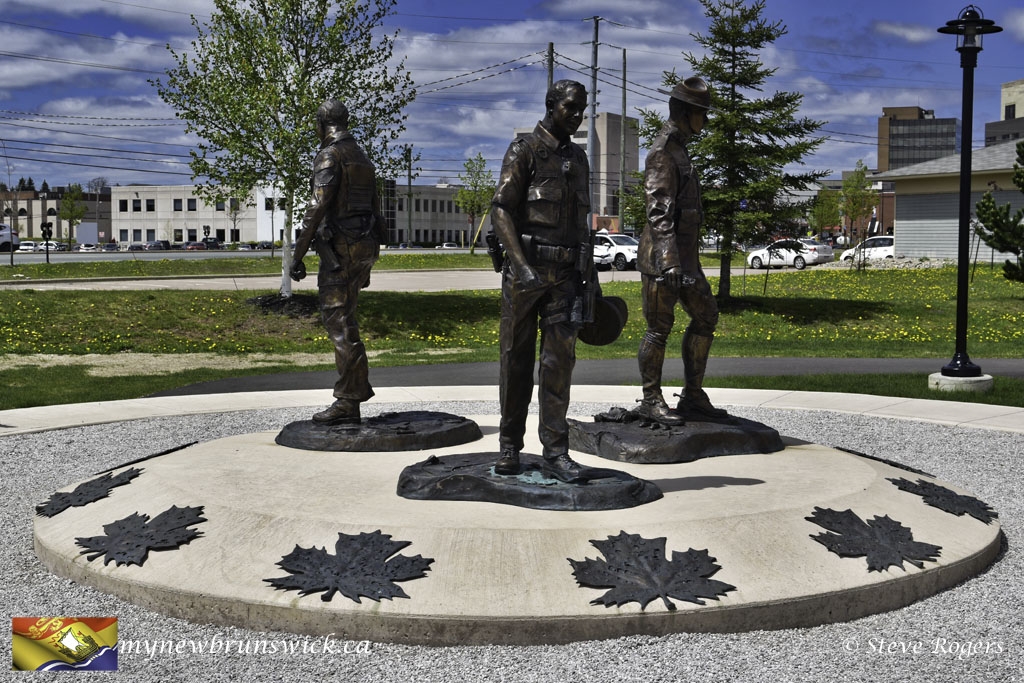 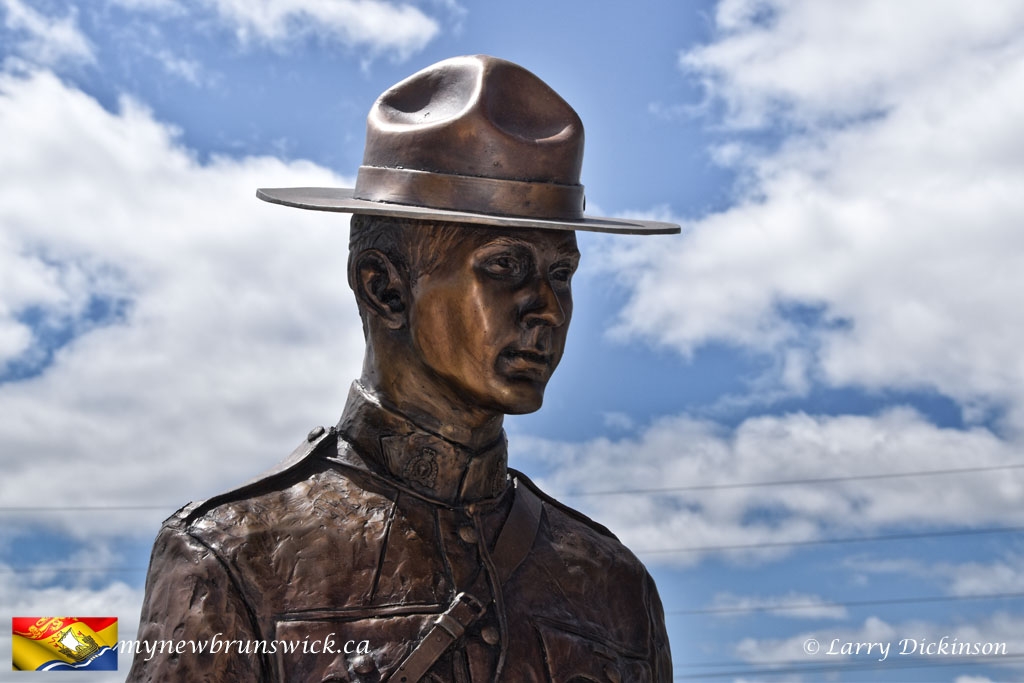 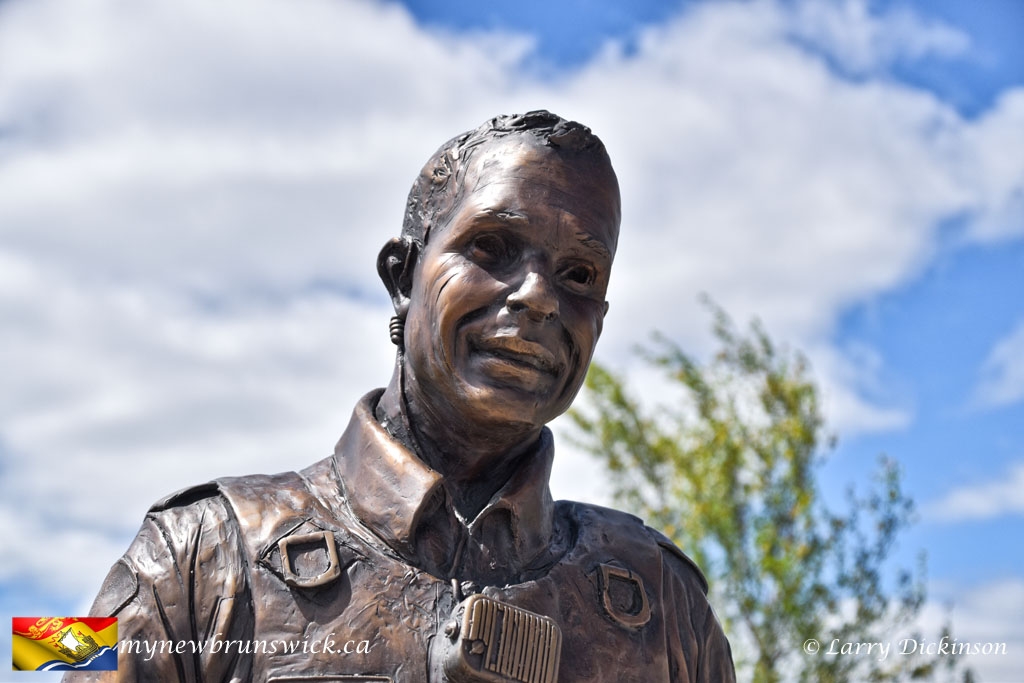 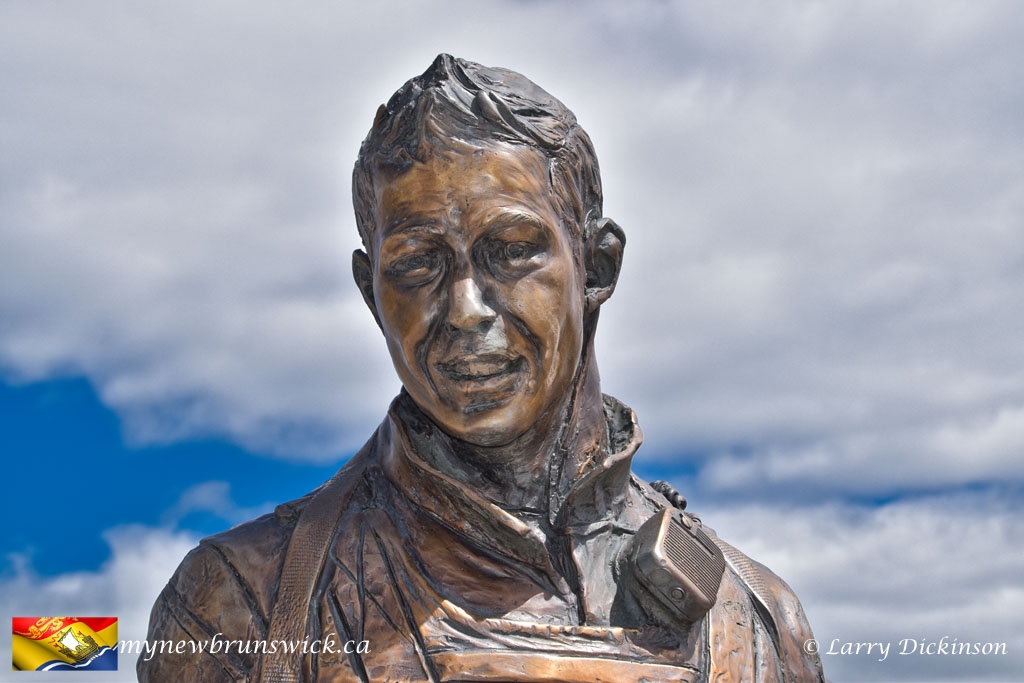 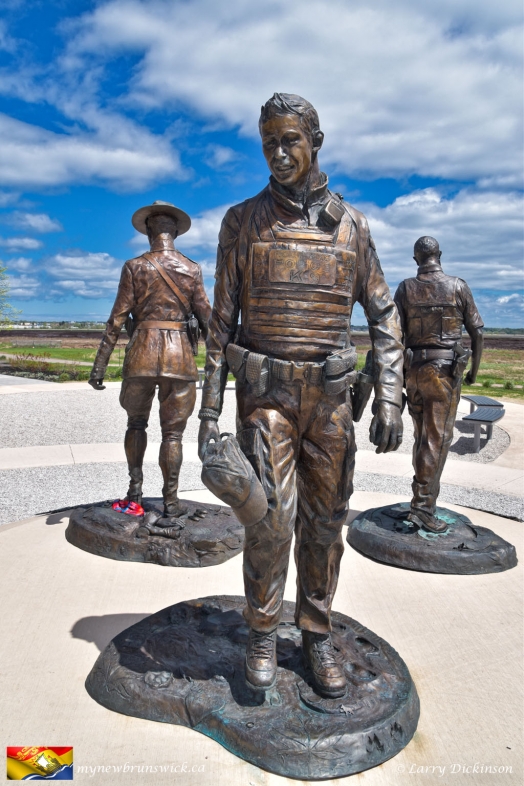 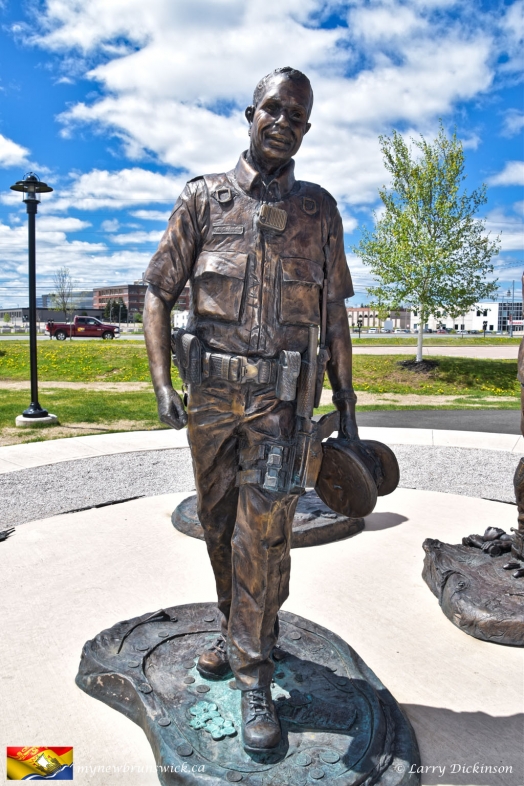 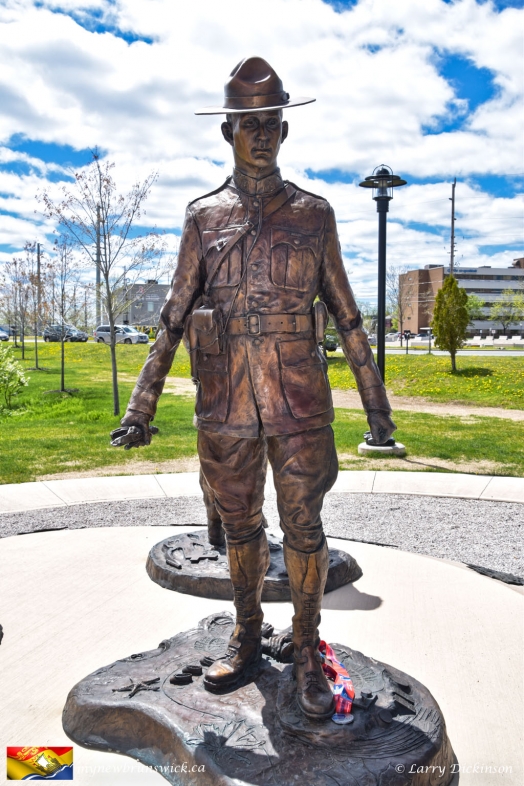 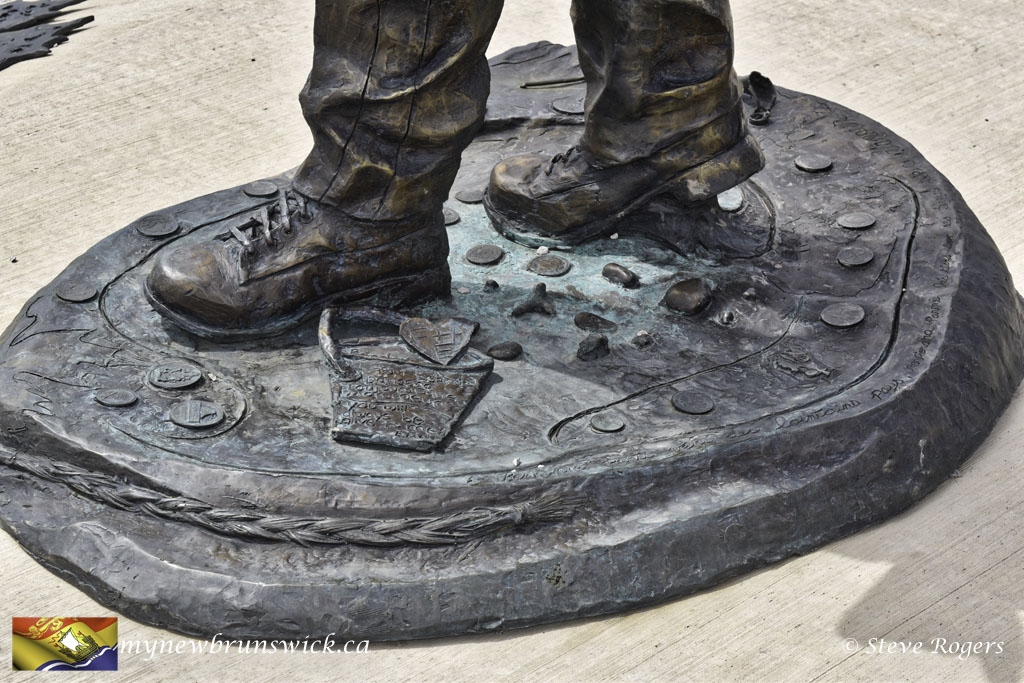 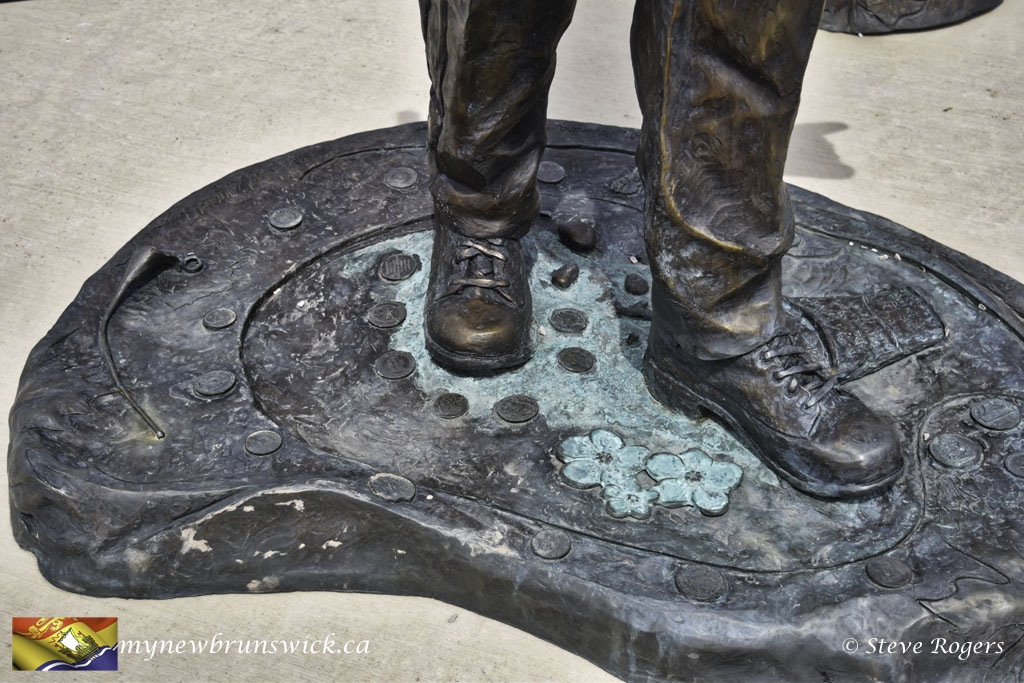 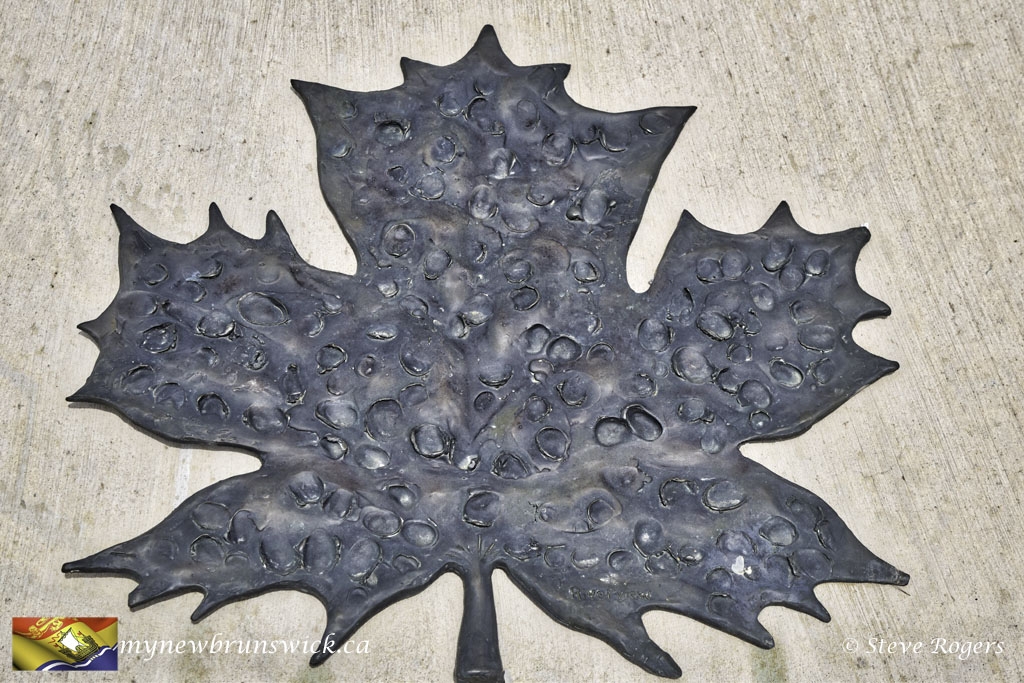 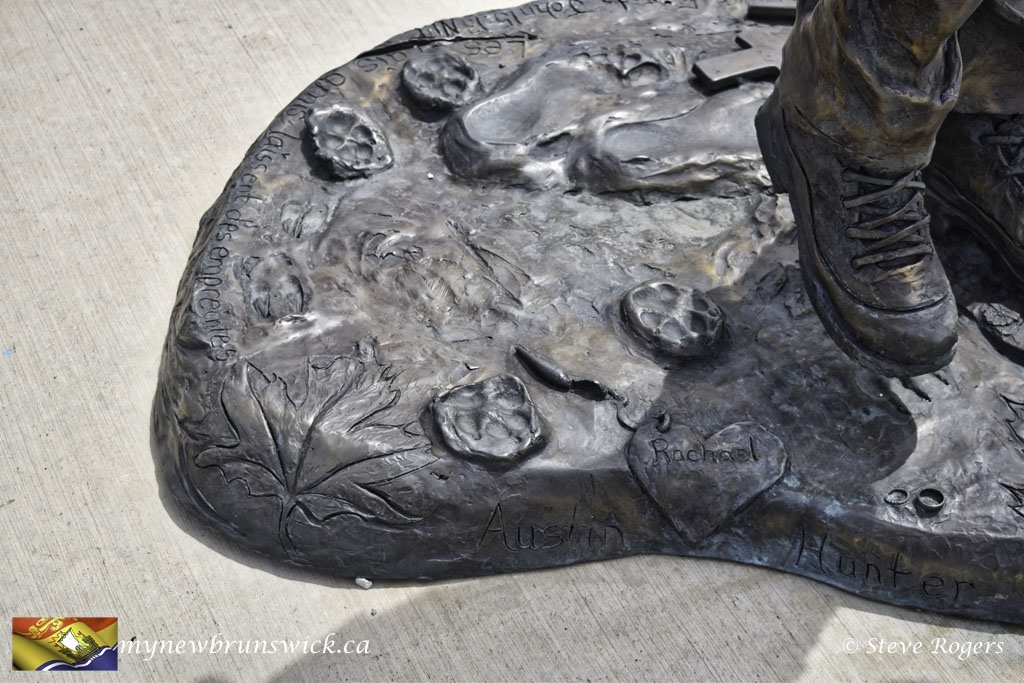