Born in Bocabec, Charlotte County, the son of Richard B. and Hannah Hanson, Hanson was educated in public schools in St. Andrews, New Brunswick, Mount Allison University, and Dalhousie Law School. He was admitted to the Bar of New Brunswick in November 1902 and was created a King’s Counsel by the Government of New Brunswick in January 1917. From 1918 to 1920, he was Mayor of Fredericton.

First elected as a Conservative Member of Parliament (MP) for the New Brunswick electoral district of York—Sunbury in the 1921 general election, Hanson served continuously in the Canadian House of Commons until his defeat in the 1935 election. He was appointed to the Cabinet of R. B. Bennett in 1934 as Minister of Trade and Commerce.

In the 1940 election, he returned to Parliament despite the poor showing of the Conservatives in that election and the personal defeat of Robert Manion. Manion resigned two months after the election. The Conservative caucushad chosen Hanson as interim leader, and he served as Conservative party leader until Arthur Meighen was appointed the party’s new leader in November 1941. As Meighen did not have a seat in the House (and then failed to win a seat through a by-election), Hanson continued as Leader of the Opposition until 1943.

Richard Hanson is buried in Forest Hill Cemetery in Fredericton. 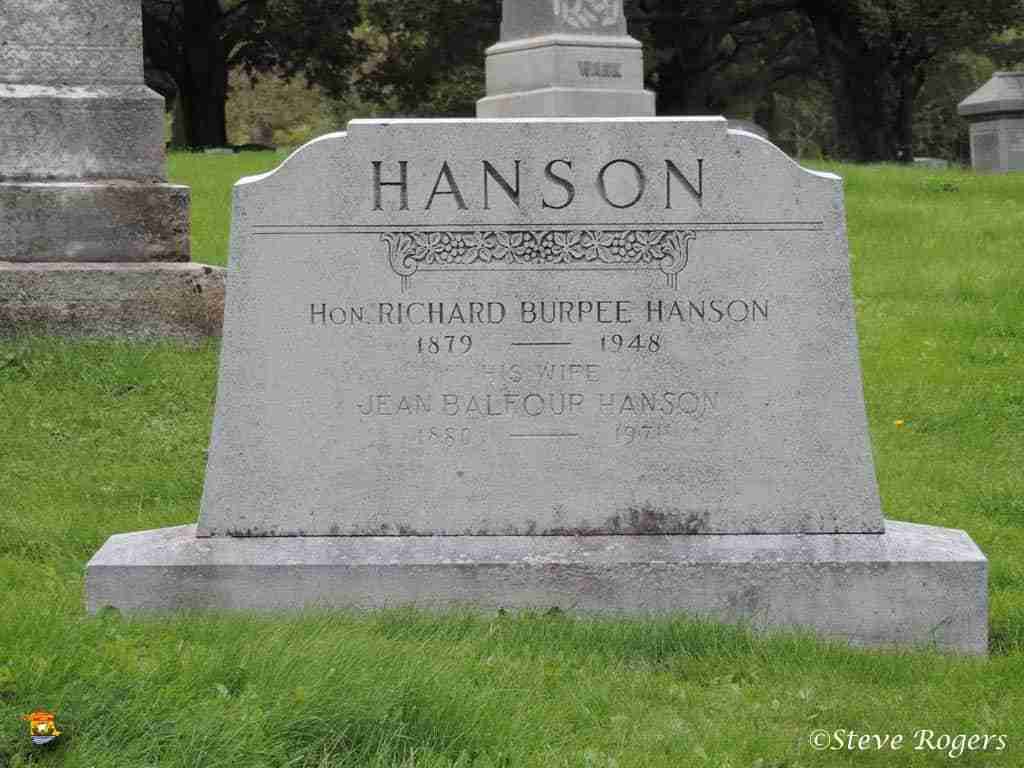