Richard Bennett Hatfield, was a New Brunswick politician and long time Premier of the province (1970–1987). 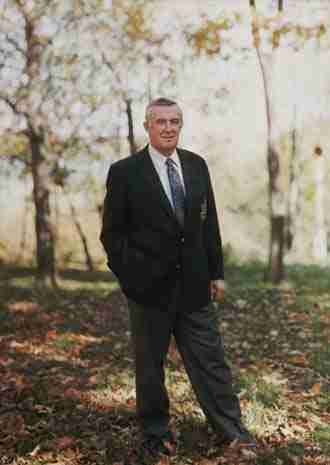 The Honourable Richard Bennett Hatfield was born in Woodstock on April 9, 1931. He was named in honour of Richard Bedford Bennett, a New Brunswick native and friend of the Hatfield family and the only New Brunswick-born Canadian Prime Minister.

Richard was the sixth child born to Heber and Dora Hatfield and he grew up in the town of Hartland, where his father was one of the leading potato merchants. Heber Hatfield served as Mayor of Hartland and represented the riding of Victoria-Carleton in the House of Commons from 1940 until his death on January 3, 1952.

Richard Hatfield was first elected to the Legislative Assembly of New Brunswick in 1961. He became Leader of the Opposition and interim leader of the Progressive Conservatives following the 1967 general election and was elected party leader in 1969. He led the party to victory in the 1970 provincial election.

During Hatfield’s long tenure, he became prominent on the national stage, allying with federal Prime Minister Pierre Trudeau during the constitutional negotiations that led to the 1982 patriation of the Canadian constitution and the creation of the Canadian Charter of Rights and Freedoms. He also took leadership in helping create equality between the province’s Acadian minority and English Canadian majority.

This was the Richard Hatfield homestead where he grew up. It was located on Hartland‘s main street but since the time of this post has been demolished.

One thought on “Richard Hatfield Homestead”