Campobello Island is the home of Roosevelt Cottage in the Bay of Fundy, located across the international border from Lubec, Maine. It’s the home to a unique international park that is run by the governments of both Canada and the United States.

Campobello was first settled by the Passamaquoddy First Nation. The French explorers Sieur de Monts and Samuel de Champlain on their expedition to the region in 1604 were the first Europeans to see Campobello. They claimed the island which they called Port aux Coquilles (Port of Shells) for France. It came under the control of Britain in 1713. In 1770 the island was granted to Captain William Owen who renamed it Campobello. After the American Revolution several loyalist families settled on Campobello and when the colony of New Brunswick was created in 1784. w

In the War of 1812 between Britain and the new United States, the British Navy captured several islands off the coast of Maine. In 1817 the peace negotiations these islands were returned to the United States. In return the US gave up all claims to the islands in the Bay of Fundy including Campobello. The residents of the rugged island survived through fishing and smuggling until the late 19th century when the region became popular with vacationers.

The advance of railways in the US and Canada made it possible for those living in large cities to easily reach picturesque and quiet seaside retreats. Here they could vacation with their extended families and entertain their neighbours of the same social class. Campobello became a popular place for the wealthy to spend the summer. 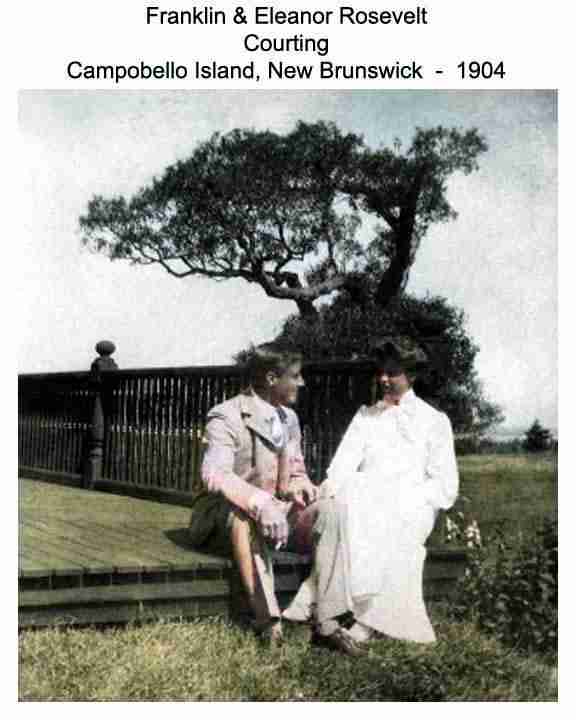 Among those who built summer homes on Campobello was the Roosevelt family. James Roosevelt and his wife Sara Delano summered in a cottage on island. 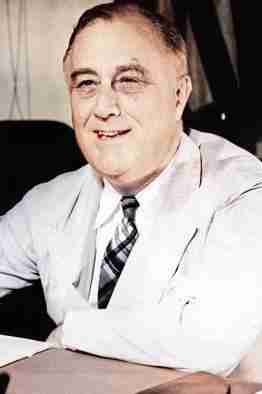 Franklin Delano Roosevelt who served as 32nd President of the United States from 1933 to 1945, vacationed with his family on Campobello. Here he pursued his favourite sport of sailing on the ocean.

It was at the Roosevelt summer home on Campobello that President Roosevelt, then 39 years of age, was stricken with polio. He rarely returned to Campobello but his wife Eleanor loved the peace and tranquility of the island. She stayed often at the Roosevelt cottage with her children. 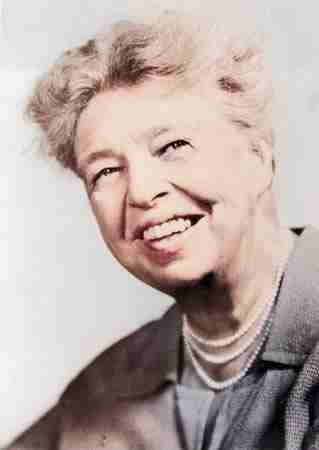 After President Roosevelt died Eleanor continued to visit Campobello even though the Roosevelt cottage which was in fact a large rambling summer home had been sold. To learn more history about the Roosevelts on Campobello, click here.

In 1963 the Roosevelt home was donated to the US and Canadian governments. The cottage and its grounds were incorporated into Roosevelt Campobello International Park, a 2,800 acre international park which is managed by both Canada and the US. It is the only international park of its type on the continent. It’s open the last Saturday in May and remains open for twenty weeks. The Park grounds and Natural Area are open year round.

One thought on “Roosevelt Cottage”