The Rose Cottage on Grand Manan was surrounded by beautiful pink roses, hence its name. It was said to be the most popular place on Grand Manan in its day.  The building, an antique white three-story, with a wrap-around verandah was located directly across from the North Head Baptist Church.

Before it was a hotel, Calvin and May Scovil (later he re-married a lady named Alice) lived in the main house with plenty of room to spare. According to a former employee, the idea of turning their home into a hotel was born during the late 1920’s, after a wandering tourist asked Mrs. Scovil about the accommodations available on the Island.

Over the next couple of years, the annex and eight or nine guest cottages were added to the main house and the establishment was finally opened to the public. 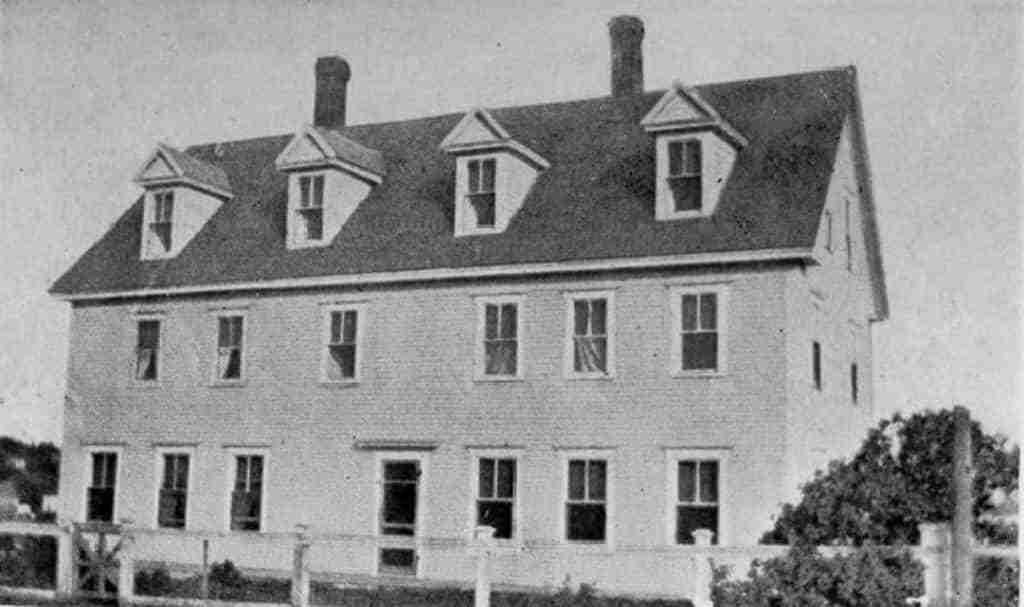 The dining room, shared bathrooms and several guest rooms were located in the main building. Each of the cottages were furnished with a bed, closet, chamber pot and wash basin. The price for a one-week stay at the Rose Cottage, room and meals included, was $15.00 per guest.

The hotel prices of the early 1900’s may seem like a real bargain compare to today, but the transportation situation was an entirely different story. The Iron Duke (Grand Manan II) sailed to St. Andrews on Monday, Saint John on Tuesday and St. Stephen on Thursday.

Visitors counted on Gilmore’s Taxi, the only service on the island at the time as the Gilmores were one for the first few families to own a car. Luckily, this service was located just across the road from the Rose Cottage.

During this time, people walked where they were going and it was not common to leave their village. The roads were bumpy and not ideal for driving, but the taxi picked up people at the boat and took them to scenic places like Dark Harbour or Southern Head. The kitchen staff of Rose Cottage packed lunches for both the guests and the taxi driver for day trips down the island. 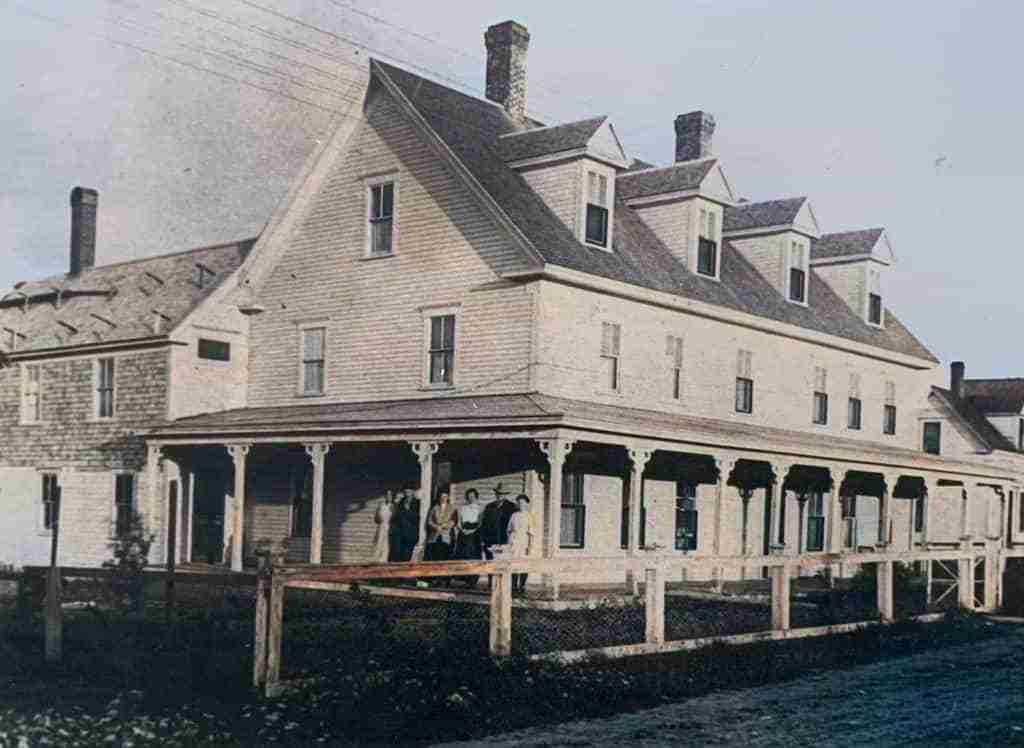 The guests of Rose cottage didn’t have much to complain about; they were able to relax in a quaint hotel, situated on an island with a million dollar view around every corner, and a sand beach right next door. Aside for the scenery, the guests also found good fortune in the kitchen. Jesse (Hatt) Parker was the cook at Rose Cottage and she had access to the freshest milk, vegetables, and meat available. Mr. Scovil was a hard working man who tended to his own vegetable gardens, and to his cows that he used for milk, butter and cream. He also had a share in a sardine weir which provided fresh fish. Guests were fed as soon as they arrived at the Inn, and if the boat was late, the staff had to stay until all the guests were fed. Breakfast was always served early, before the ferry left the wharf, a big dinner was served around noon, and a light lunch was served at 5 o’clock. There was always baked beans and steamed brown bread served on Saturday, and home-made ice cream for dessert Sunday.

The cook was certainly kept busy trying to feed all the guests by herself, but the waitress and chambermaids had just as much work to do. Many of the staff slept in the main house due to a lack of transportation.  The waitresses had to serve people in two dining rooms together holding around 20-25 large tables. Aside from waiting tables they sometimes had to help in the kitchen..

The boys who worked at the Rose Cottage had very different jobs from the girls: carrying the guests luggage, mowing the lawn, and trimming the bushes. Other jobs included milking the cows and separating the cream from the milk.

The guests who stayed at the Rose Cottage were very diverse, some were salesmen, artists, bird watchers, doctors and biologists. People from all over the world including Montreal, Boston, New York, Maine, Pennsylvania and even Italy and England stayed at the Cottage. The Inn register containing the signature of the guests can be seen at the Grand Manan Museum. The guests enjoyed hiking, going to the beach, playing crokinole or croquet, artists painting beautiful pictures, and the businessmen listening to the news  reports on the radio. It may even be possible that some of the guests were so important or famous, that they signed in under false identities. Words like snobbish, pleasant, famous, good tippers were used to describe the guests.

Around the 1950’s the famed Rose Cottage was beginning to end. Mr. Scovil had passed away and his wife simply couldn’t run the place on her own.  In 1959 Mr. Losier was given the property for tearing down the Inn, except for the guest cottages in the  backyard.  A few still exist scattered around the island.

The Rose Cottage existed during a time when people knew the value of a dollar and were more interested in the sunset than the internet. It wasn’t hard to understand why the Rose Cottage was such a great place to stay, and it has remained such a significant memory for the hard working staff, and many loyal guests who enjoyed the simplicity, beauty and serenity of the Rose cottage.

Resource: Edited from an article written by Lindsay Frost for The Island Times, Grand Manan, September 2004.