An Inn called the Royal Oak was operated here by Gabriel Van Horne from 1787 until his death in 1818. Records show that a man named Thomas Lee was the innkeeper in 1847, while Mark Neville had a tavern and grocery store here with the same name of Royal Oak in 1865. 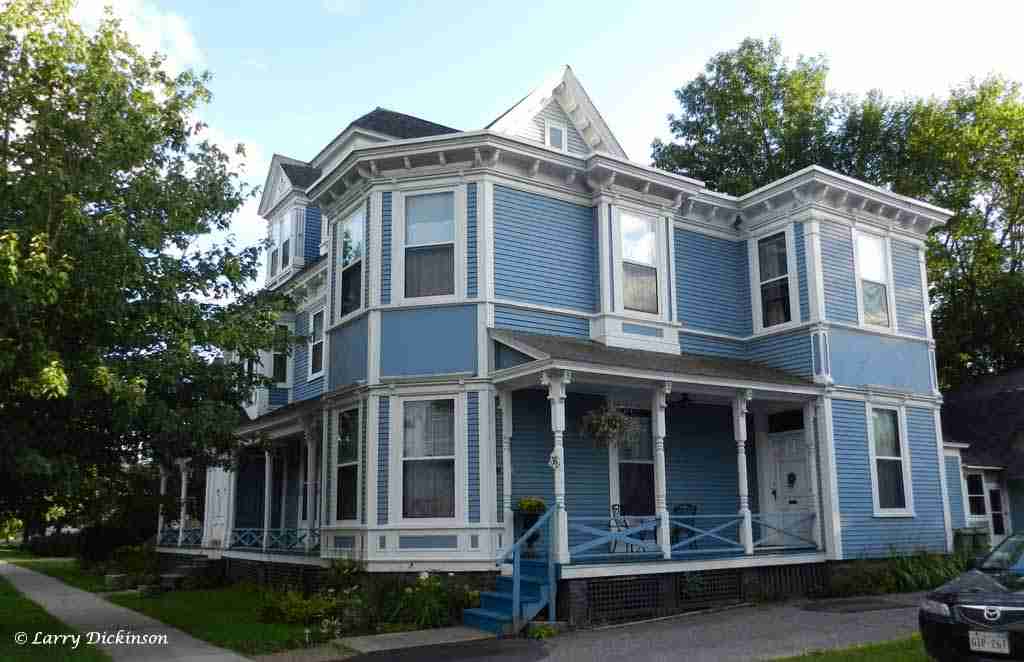 The building, located at 38 Waterloo Row in Fredericton, was owned by James Howie in 1868, who had the builder George Hazen enlarge the house and divide it for the use of two families, likely adding the oddly placed multifaceted tower.

This structure, along with 12-14 Waterloo Row, are testimony to this area being the original commercial district of Fredericton; a sector that would move “upriver” several blocks to the present downtown by the early 1800’s.