Although it is difficult to determine exactly when rug hooking began, we know that its origins are North American. Several clues lead us to believe that it first started in the mid-19th century. For example, rugs are most often hooked on burlap, which did not become commercially available in North America until the 1850s, precisely the period when hooking became widely practised.

Rug hooking was introduced to Atlantic Canada and New England in the late 1800’s. Woven material cut into strips is looped into the open weave of a burlap base. Wool is still the chosen fibre: potato sacks have given way to burlap or linen; bent nails and button hooks have been replaced by manufactured hooks with wooden handles. Projects vary from pillows, rugs, runners or wall hangings. 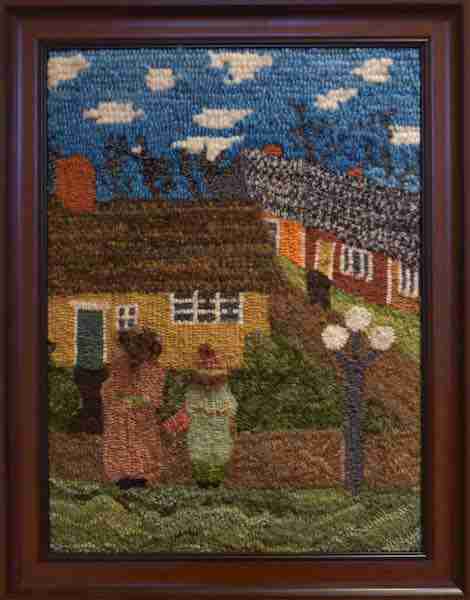 The oldest known hooked rug in Canada was designed by 16-year-old Susanna Smith and crafted by her 13-year-old sister Abigail in 1860 at New Maryland. It is currently housed at the New Brunswick Museum in Saint John.

In Great Britain, the first hooked rugs appeared at the end of the 19th century, almost 50 years after the technique had been mastered in North America.

The custom of using an embroidery hoop, which had been around for several centuries, facilitated the development of hooking. The technique then spread rapidly along the Atlantic Coast, through the St. Lawrence Valley, Acadia, and inland to Ontario and Pennsylvania. Because of their isolation and lack of means of communication, home-based rug hookers developed techniques and decorative elements characteristic of their regions.

Nowadays, the technique evolved fusing over 200 years of tradition with modern technology. It stopped being a craft for the poor and became considered a fine art. 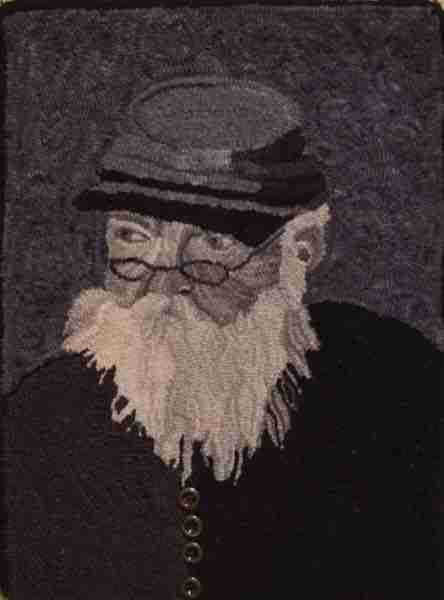 The Heritage Rug Hooking Guild of New Brunswick was formed in 1982 to provide a venue for rug hookers to meet and exchange ideas. They welcome new members. For more information on the group, visit their Facebook page.

One thought on “Rug Hooking”