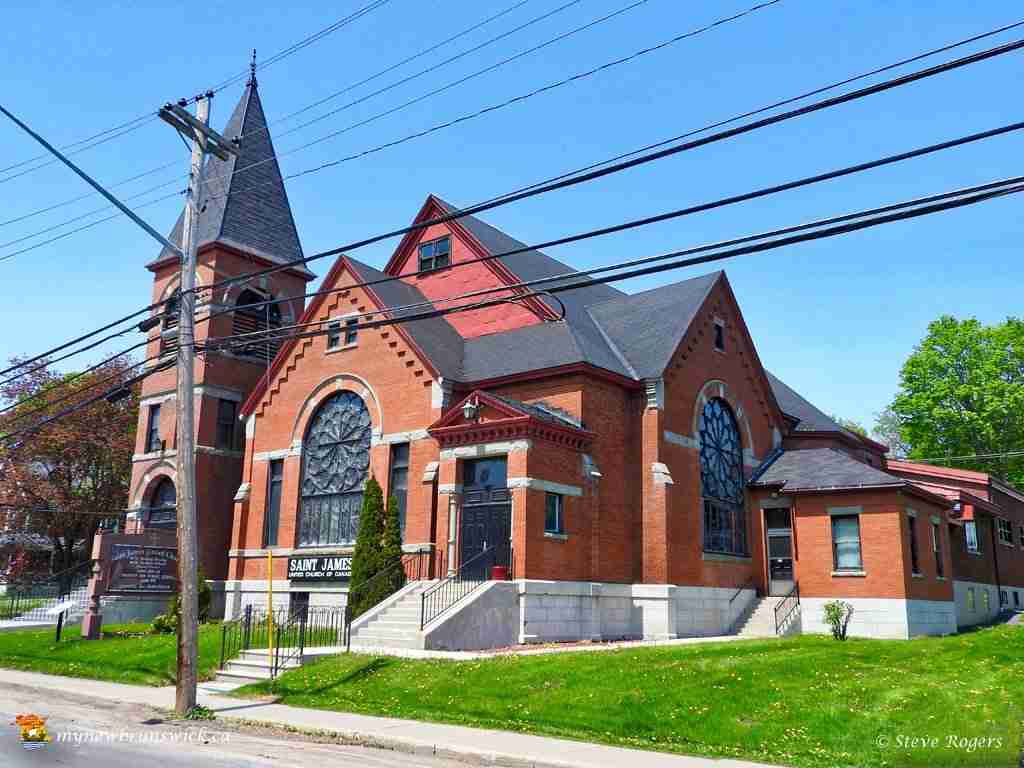 The Methodists became organized in Woodstock as early as 1833, with the arrival of the first minister from England, Reverend Samuel Joll. In that year the first wooden church was built. Fire destroyed this building in 1835 and a new one was built almost immediately. Larger premises were required by 1857 and a new and larger church was begun, the first services being held in the basement in 1859, with the church seeing completion in 1869.

Church number four for the Methodists of Woodstock, this red brick building with grey sandstone trim replaced the 1869 wood framed church in 1907, with dedication taking place in 1908. The red brick makes the building ecclesiastically unique in Woodstock; the red sandstone quite possibly came from the quarries near Mary’s Point, NB, the nearest source of quality red and grey sandstone. 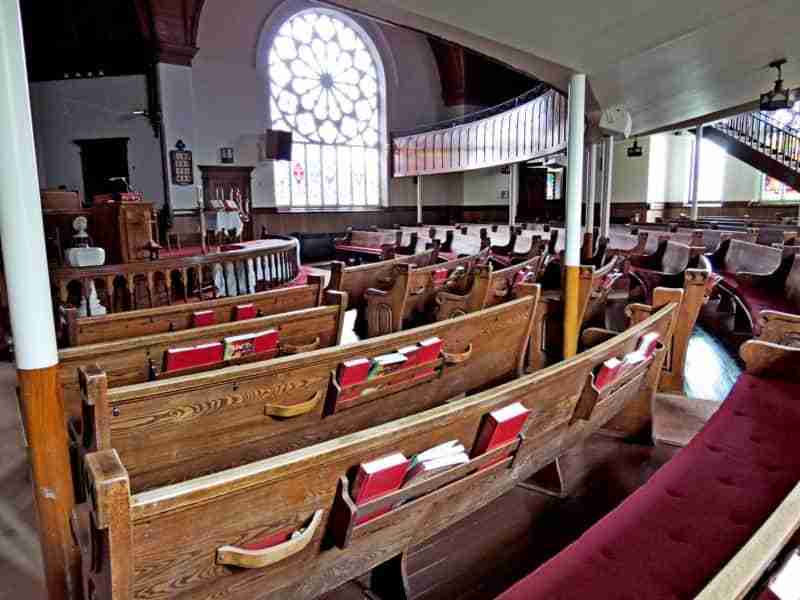 The church has undergone three major changes since 1907. The first, Church Union in Canada, brought about a name change from Woodstock Methodist to Saint James United. In 1956 the addition of a balcony increased the seating capacity of Saint James from its original 450 to 700; and in 1957 the Christian Education Centre was added to address the needs of the youth in the congregation. 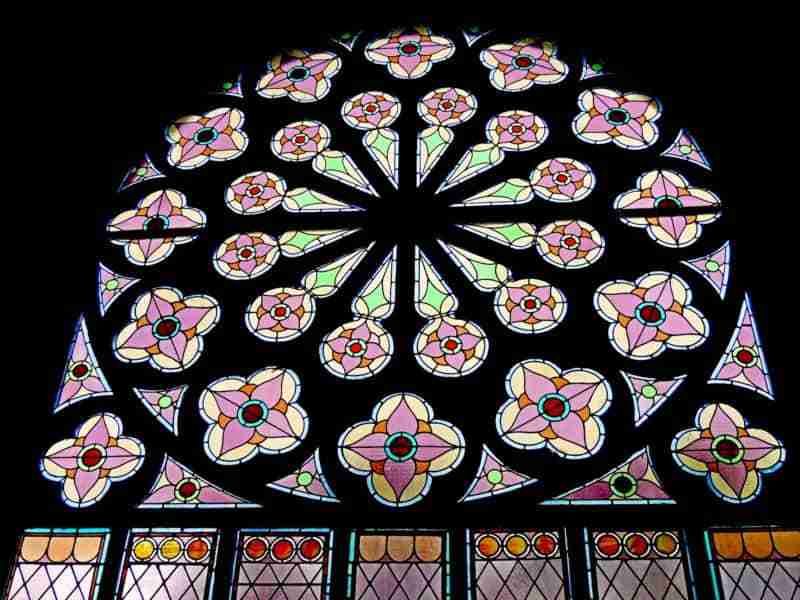 Inside, the church is adorned with a number of large stained glass windows, including a large rose window in the front elevation, all dedicated to past ministers or congregation members. There is also a pipe organ in the choir, maker and date of origin unknown. It is a small organ with only ten pipes visible.