The Church of England has always been closely associated with ‘King and Country’. Being an Anglican in Britain’s colonial empire was a social advantage. For instance, three quarters of the signers of the Declaration of Independence in America were members of the Church of England. However, what had been an advantage before the American Revolution became a huge disadvantage after the revolution. Thousands of Anglicans were forced to flee to Canada as United Empire Loyalist. In 1789, to avoid being tarred with the same brush as royalist sympathizers, the Church of England in the United States changed its name to the Episcopal Church. Anglican clergy held meetings in what is now Albert County as early as 1820, but it was not until 1861 that a congregation was established in Hillsborough. They met in various halls until 1886 when funds were raised to build a church of their own. When the initial funding proved insufficient the congregation turned to the Tompkins Family, who owned and managed the Albert Manufacturing Company, the area’s largest industry. Along with the needed funds, the Tompkins family provided suggestions on the interior design of the church. 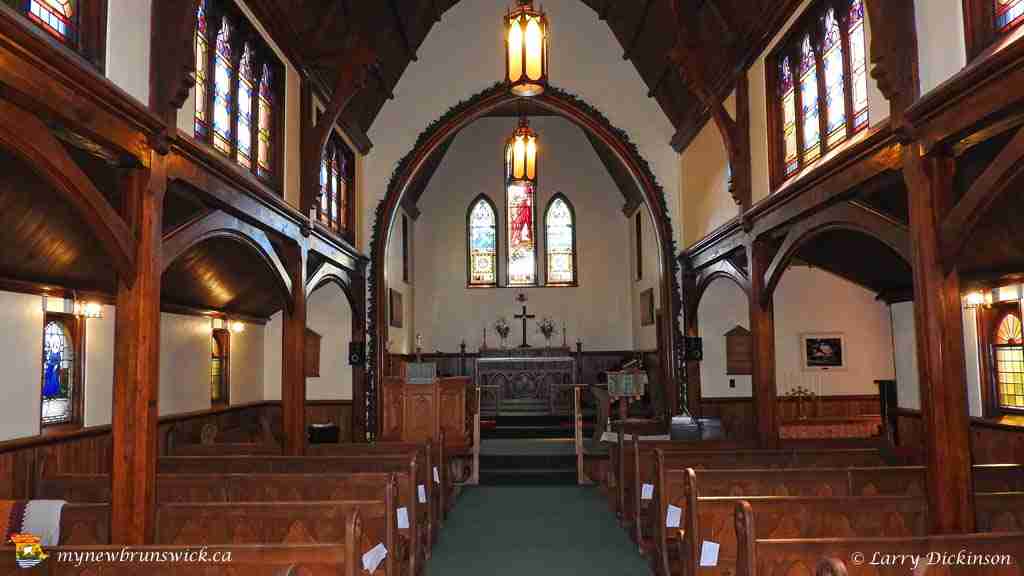 Saint Mary’s Anglican Church is also recognized for its architecture. Completed in 1889, the exterior of the building was designed by J. T. C. McKean of the architectural firm McKean and Fairweather. This firm had designed the Saint John City Market, built in 1876. 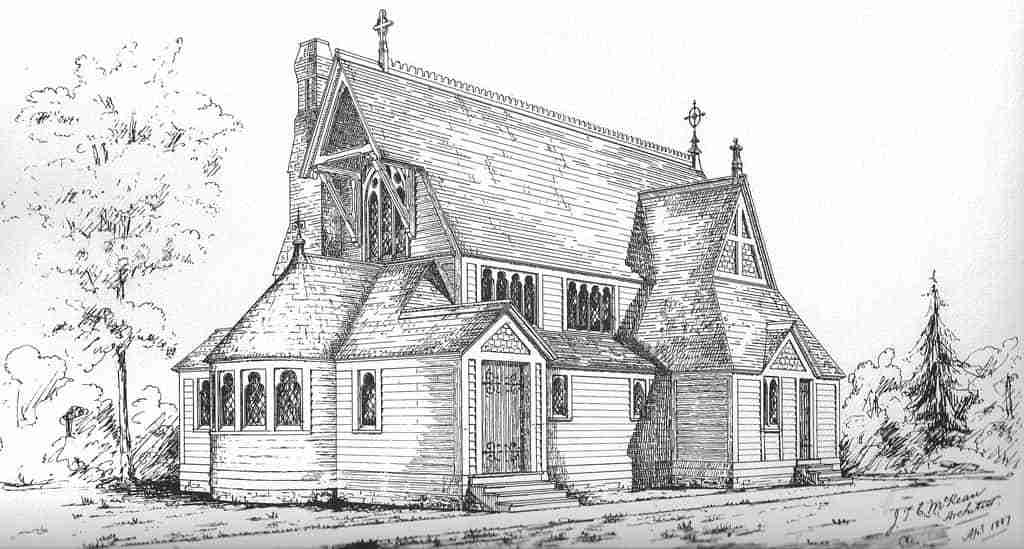 The domed ceiling and super structure of this market building has been compared to the overturned hull of a sailing ship. On a much smaller scale the ribbing and planking of the church’s ceiling convey the same impression. Adding to this nautical theme, the stained-glass bowed end of the church resembles the fantail, where, in a sailing ship, the captain’s cabin is located. However, having the rounded apse and the wings of the transepts at the opposite end of the nave from the altar is a reversal of traditional interior church orientation. This special place incorporates many different architectural elements and blends them together so smoothly that it has a style uniquely its own. There are hints of the more traditional Gothic Revival style layout and window shapes, but without the pretentious gloomy details. The usual glitter of the Queen Anne Revival style is tapered by the more rural Shingle elements. The church even teases its own liturgical purpose. Why bother with the traditional church steeple when, in our country, the answer to most prayers is just to be warm? What better way to symbolize warmth in a church than by making the steeple a chimney.

In the small grave yard behind the church are located the tombstones of the first four managers of the Albert Manufacturing Company, indicating that the influence of the Tompkins Family lingered long after their passing.

St. Mary’s Church is located on Mill Street in Hillsborough.