Sharp’s Corner Drug Store is a two-storey Classic Revival building with a single-storey “flat iron” addition. It is located at the corner of Broad Street, and Main Street, Sussex. The design of the “flat iron” addition follows the acute angle formed by the two streets.

Sharp’s Corner Drug Store is designated a Local Historic Place for its association with the 114 year old pharmacy business that has been owned for 110 years by the same family, and for its architecture. 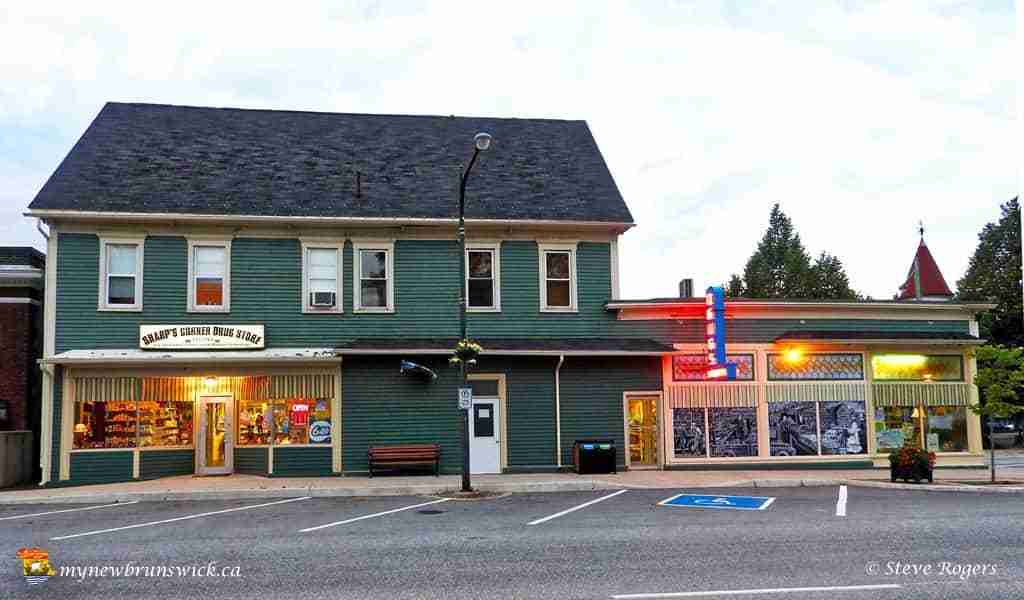 Sharp’s Corner Drug Store is recognized for its long business tenure at this location in Sussex. Sharp’s pharmacy business was founded in 1894 by Dr. Johnson, and was sold to B.J. Sharp in 1897. It has been owned and operated by the Sharp family since that date. It was originally located at the Depot Hotel, which burned in March 1911. 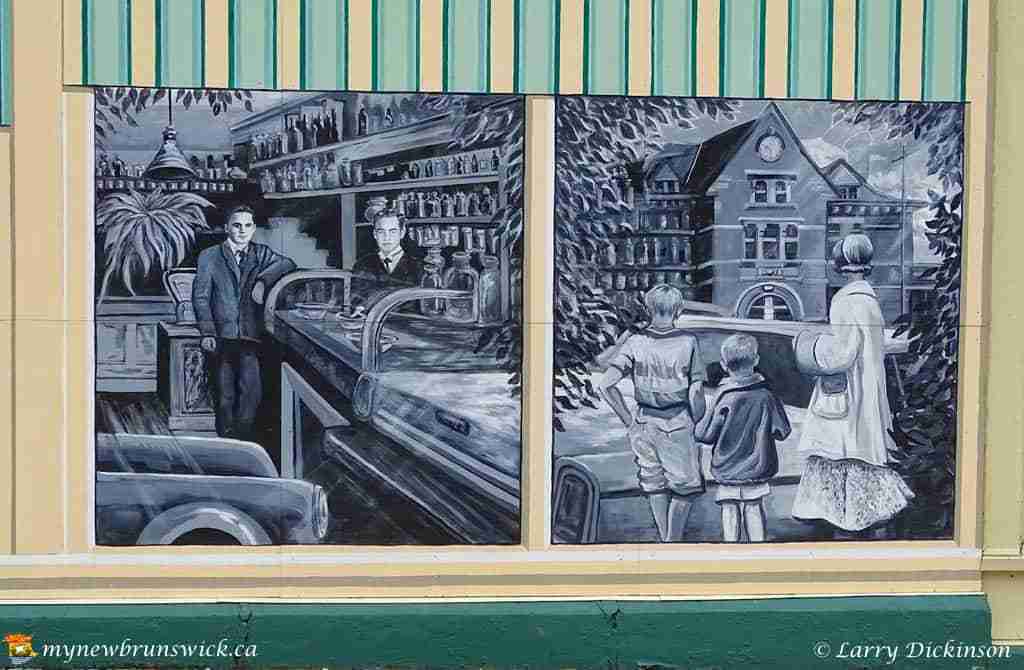 In approximately 1929, the business was relocated to this location on Broad Street where it has remained. 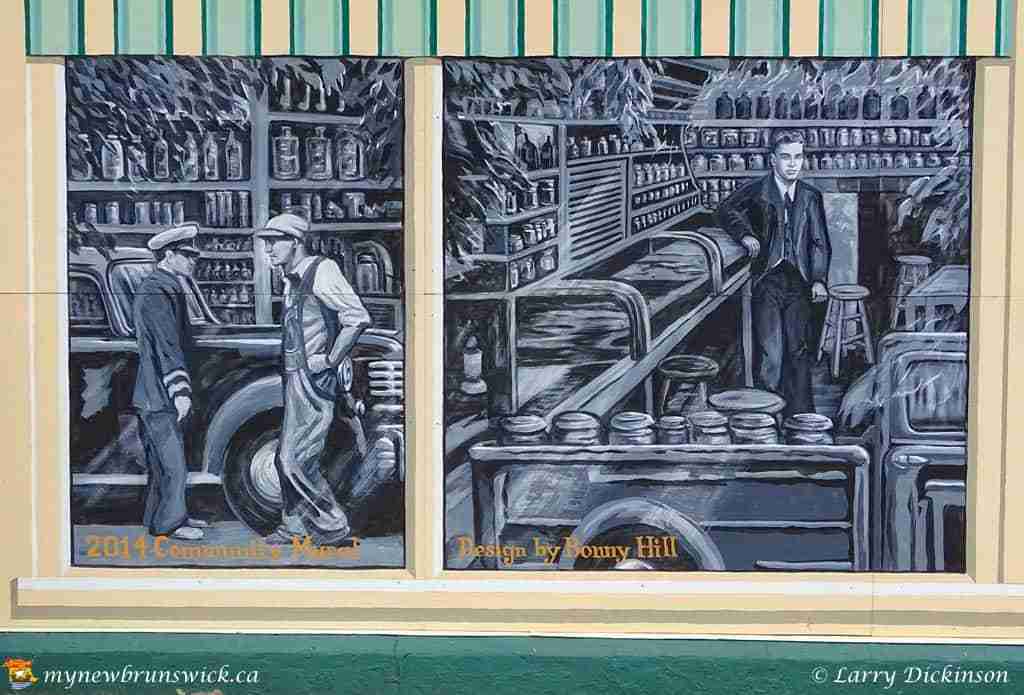 During Prohibition, the drug store was licensed to sell liquor to those with a doctor’s prescription. In the 1950’s, the owners decided to focus on items pertaining to the health of its clients and stopped selling cosmetics. The store was one of the first with an automatic pill-counter as well as one of the first to install a computer to operate the business. 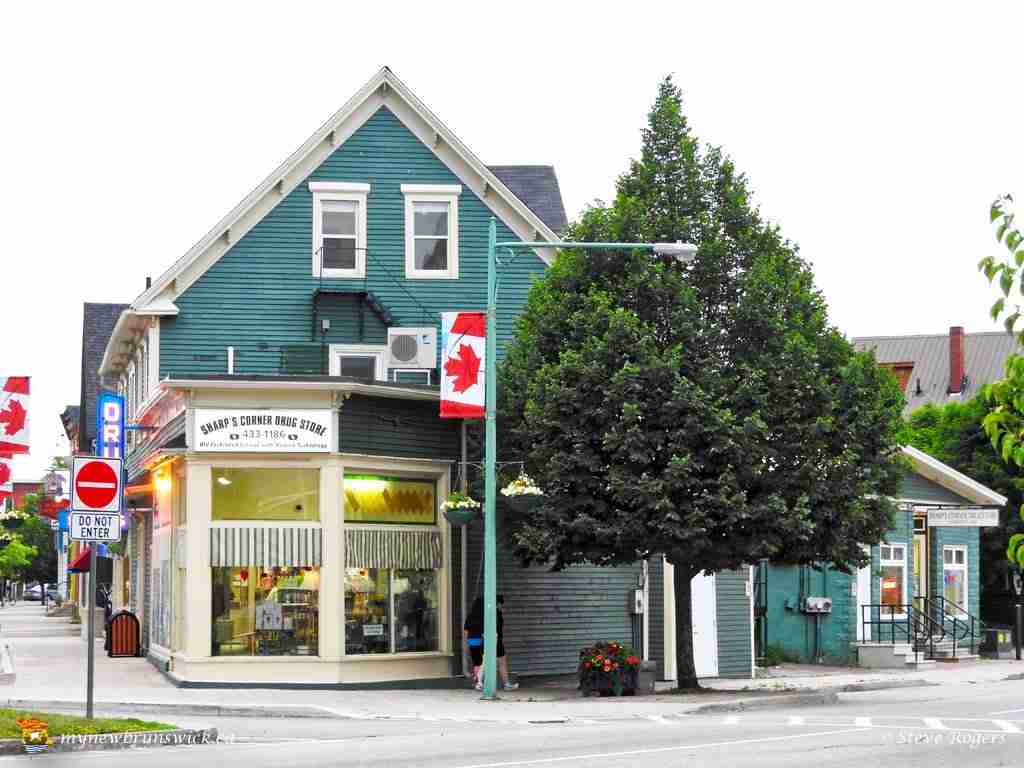 Sharp’s Corner Drug Store is also recognized for its architecture. The building is a good example of two-storey Classic Revival architecture. The traditional rectangular massing and the regular fenestration follow the Classic Revival design. The single storey “flat iron” addition, in which the front of the drug store is located, creates a corner entrance between Broad and Main streets. The stained glass windows at the front entrance of the store are original to the 1930’s.