This church was dedicated to the memory of those Puritan settlers who came here from New England in 1762 and 1765 and founded Sheffield Congregational Church. It was New Brunswick’s First Protestant Church which has continued until this day. The first  church was built in 1775, and was rebuilt 1840. It entered the United Church of Canada in 1925. 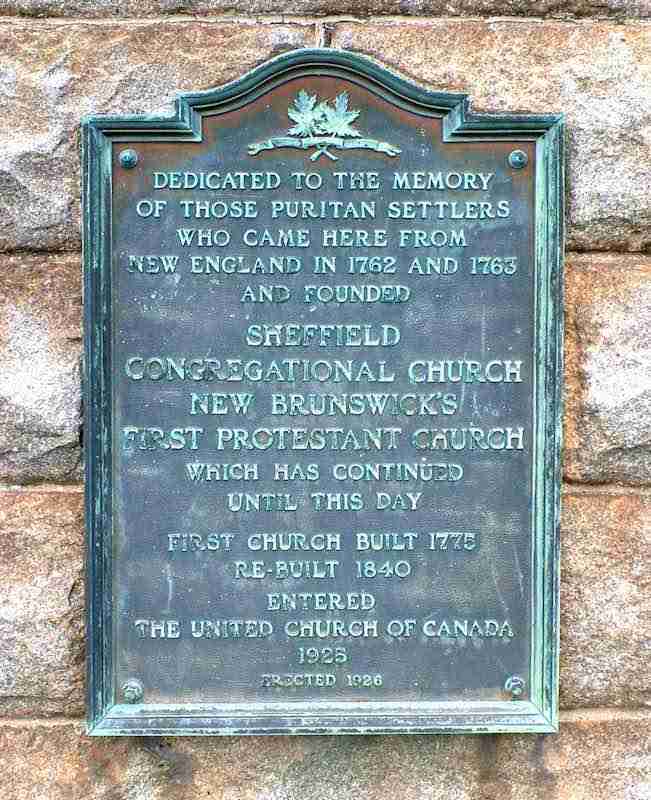 Some history of the church.

David Burpee (Burpee)was a farmer, magistrate, and office holder born 1752 in Rowley, Massachusetts. He died May 1845 in Maugerville.

David Burpe must have received his formal education in Massachusetts, for there would have been few opportunities after 1763 when his father joined Israel Perley and others in founding the settlement of Maugerville, in what was then the colony of Nova Scotia. Also in the group was David’s elderly grandfather Jonathan Burpe, who became first deacon of the Congregational church that was soon organized. In its earliest years Maugerville operated as a traditional New England community, with civil authority vested in town meetings and the church responsible for social discipline.

At age 19, after the death of his parents, David became responsible for his seven surviving brothers and sisters. Active, reticent, cautious, and systematic, he already showed the characteristics of his mature years. While pursuing his farm chores he had trained himself by keeping a diary, which is literate and meticulous, but silent regarding his personal views and ambitions. An account-book that notes each item he purchased or sold from 1772 to 1784 is an important source for historians in showing how values of goods and services fluctuated during the years of the American revolution in a community where money was scarce and barter common. Historians owe him a further debt for his careful listing of the possessions left by his grandfather in 1781; it provides a rare insight into the style of living of a comparatively well-to-do frontier farmer.

The Burpe family shared the anti-British sentiments of their former compatriots in Massachusetts and David may have played some role in organizing Maugerville’s support of the new Massachusetts government in 1775. Edward Burpe, a younger brother, joined Jonathan Eddy’s expedition against Fort Cumberland (near Sackville, N.B.) the following year. In 1777 a British garrison was placed in Fort Howe (Saint John) and six years later many Maugerville farms were taken over by American loyalists. Few of the newcomers had cause to respect the feelings of “rebels,” and the old families, in turn, resented the favours granted to the intruders. Disturbed by the changes in their society and inspired by the New Light ideas of Henry Alline, who had held “reformation” services in Maugerville in 1779 and 1781, some of the old inhabitants set themselves apart by withdrawing into a sectarian world of religious fervour. Among them were the followers of Archelaus Hammond, who advocated an antinomianism that led to bizarre forms of worship.

Although Burpe, who accepted the conservative Old Light ideas of his grandfather Jonathan, was not prepared to compromise with the New Lights on theological matters, he nevertheless played a role in countering the deep divisions in his society and emerged as a moderating influence between the loyalist newcomers and the old inhabitants. In 1787 he and Jacob Barker Jr received appointments as justices of the peace for Sunbury County, of which the township of Maugerville, now divided into the parishes of Maugerville and Sheffield, formed a part. These were positions of privilege, for authority no longer rested with town meetings, as in New England, but was vested in the justices, who met in the Court of General Sessions to administer county affairs. 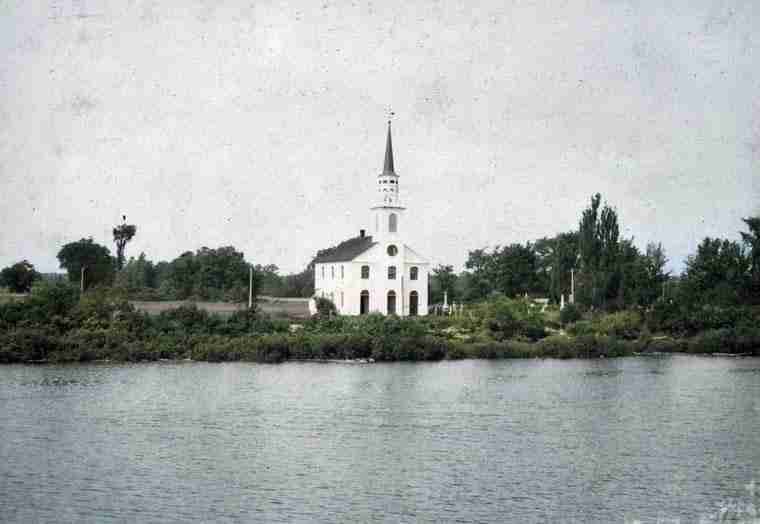 The division of Maugerville township that had taken place in 1786 was reinforced by denominational differences. In the parish of Maugerville loyalist Anglicans were in the majority; in Sheffield old inhabitants predominated. When the Church of England in Maugerville claimed the public lot on which the old New England meeting-house stood, Burpe and Barker took the lead in 1789 in moving the building several miles downriver to a public lot in Sheffield, using 60 teams of oxen to haul it on the ice. That year the members of the Congregational Church signed a new covenant. All came from a small number of New England families, but their church was supported by immigrant Scots and other dissenters, including a few loyalists. For reasons which are unknown, though it seems probable that he considered himself unworthy, Burpe did not become a church member in terms of Congregational polity until 1805, yet he acted as clerk and served on all important committees. The congregation invited John James, a Calvinist Methodist from England, to be their pastor. 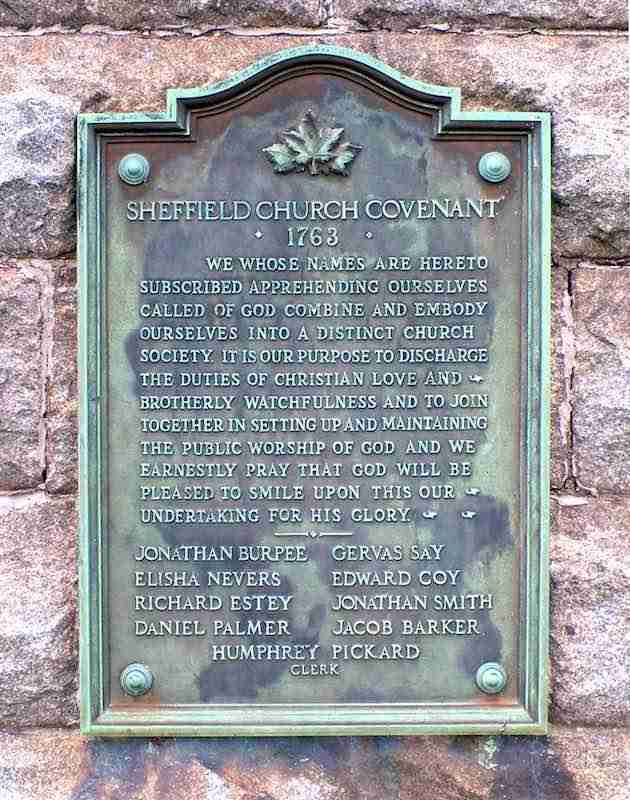 The appointment of this minister ended disastrously. In 1792, after being accused of drunkenness, association with persons of questionable character, and finally “scandalous Indecencies” in his behaviour towards a young woman, James embraced the Church of England. The dissenters were able to regain possession of the parsonage, and the meeting-house of which it formed a part, only on 6 Aug. 1793 when, finding the premises temporarily vacated, Burpe entered and defied the authorities to expel him. By then the rupture between Anglicans and dissenters had become unbridgeable and dissenter abhorrence of Anglican exclusivism made Sunbury County the centre of opposition to the policies of Lieutenant Governor Thomas Carleton. It was perhaps at this time that Burpe began a mutually helpful association with Samuel Denny Street, next to James Glenie the leading opponent of the administration.

For the three decades ending in 1830 Burpe was one of his county’s most active magistrates. He became a justice of the Inferior Court of Common Pleas and carried out a great deal of routine work, examining witnesses, signing recognizances, and binding persons to keep the peace. In 1814 he was appointed a justice of the quorum and made use of his office to get around the provision in the marriage law that required dissenters to be married by Anglican clergymen. Between January 1815 and September 1835 he performed 124 civil ceremonies in Sheffield. He also served as county auditor.

Burpe’s participation in public affairs had behind it a firm commitment to the religious and social values of 17th-century New England Puritanism. While still comparatively young he became “Squire” Burpe, a patriarchal figure bent on restoring the fortunes of the dissenters’ church and upholding Calvinist theology and traditional forms of worship in the face of New Light, Methodist, and Baptist appeals. His efforts reached fruition in 1820: the Sheffield congregation, reorganized and, for the time being, in communion with the Church of Scotland, was given title to a small portion of the land set aside for the church when the township of Maugerville was founded and finally obtained from Scotland a long-term resident pastor. Later, it reverted to its Congregational identity until it entered the United Church of Canada in 1925. 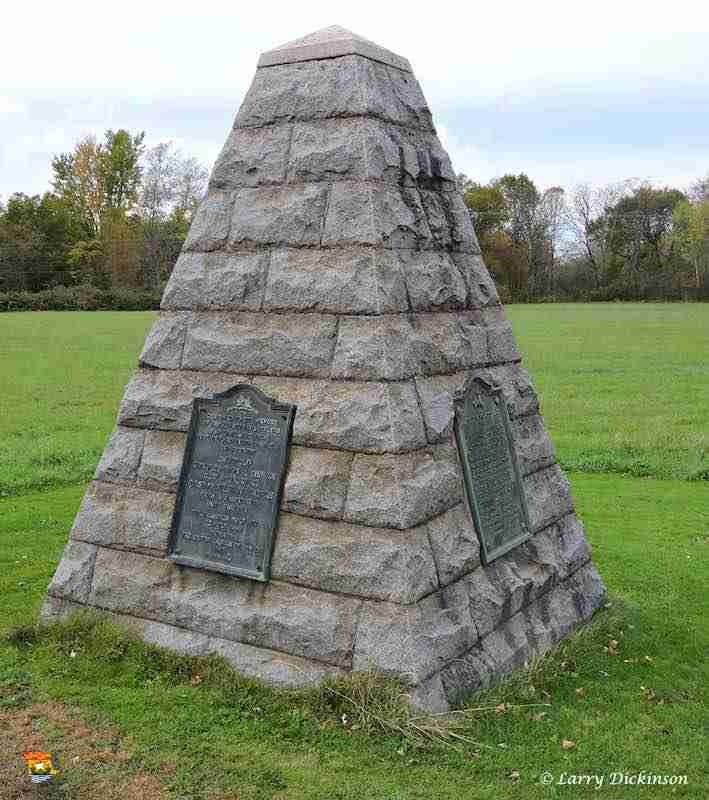 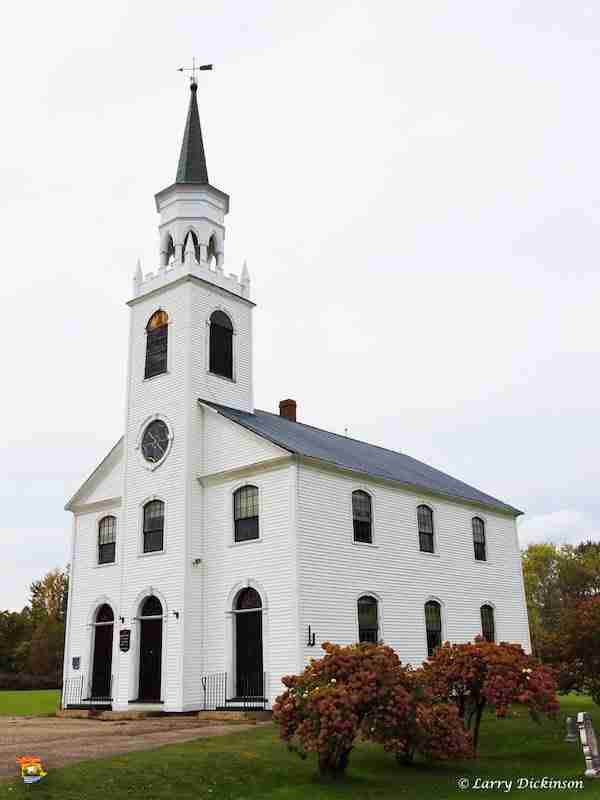 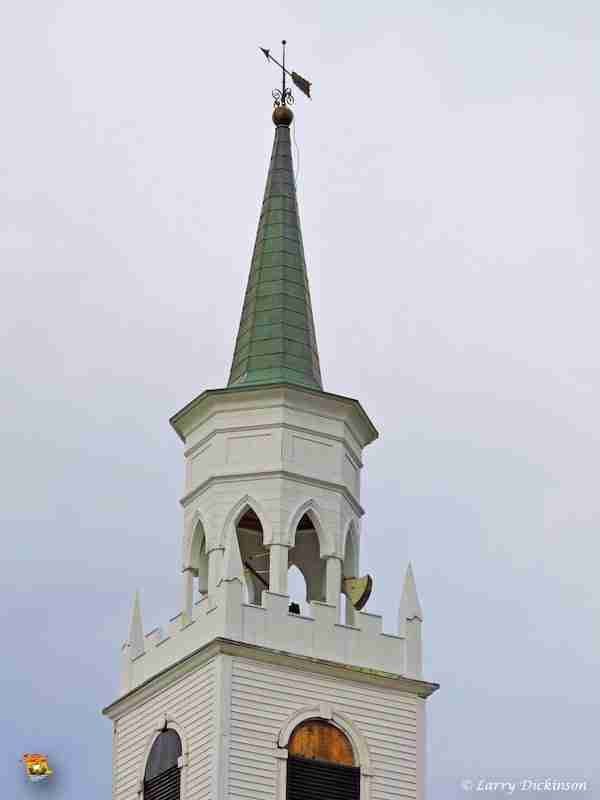 One thought on “Sheffield Congregational Church”