The Shogomoc Walking Bridge is located on the west side of the St. John River at the mouth of the Shogomoc Stream, 4.52 km SW of Nackawic. The community of Shogomoc had a population of 100 and was relocated due to construction of the Mactaquac Dam down river. 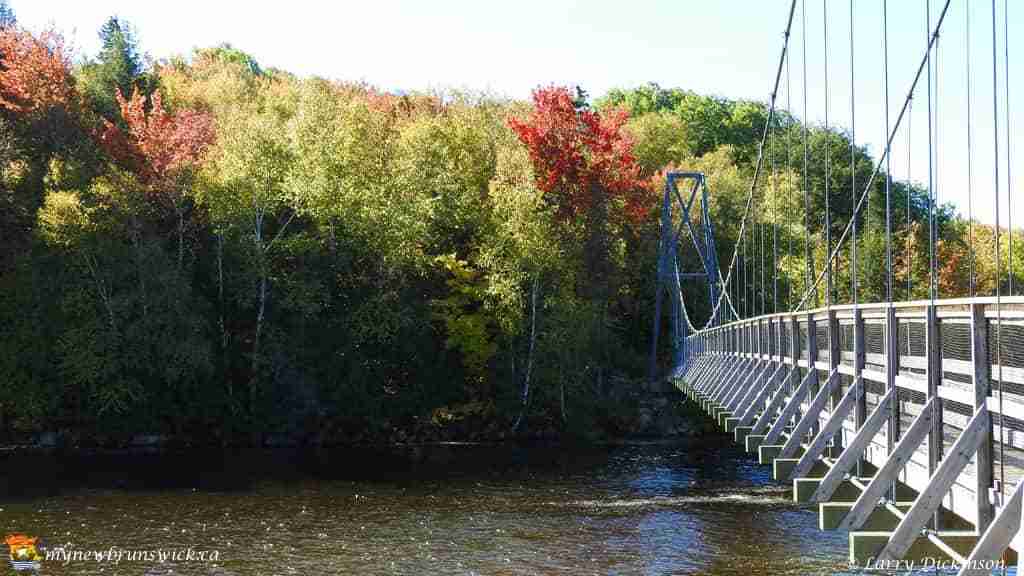 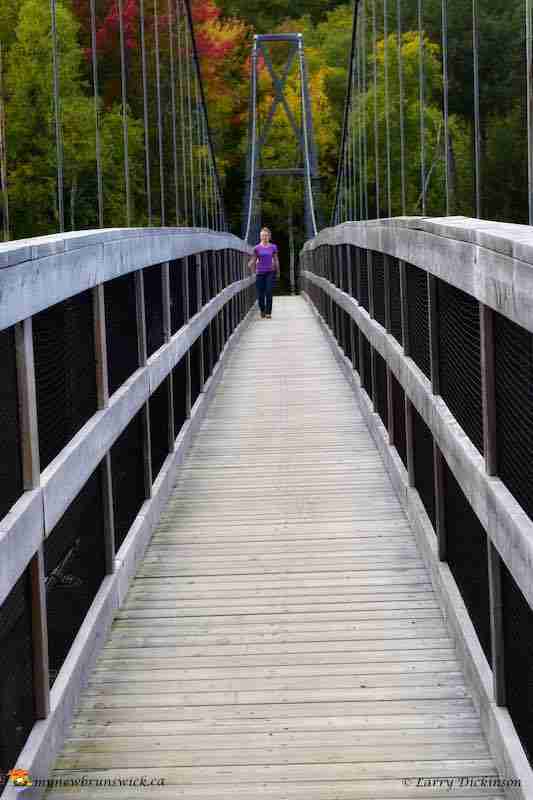 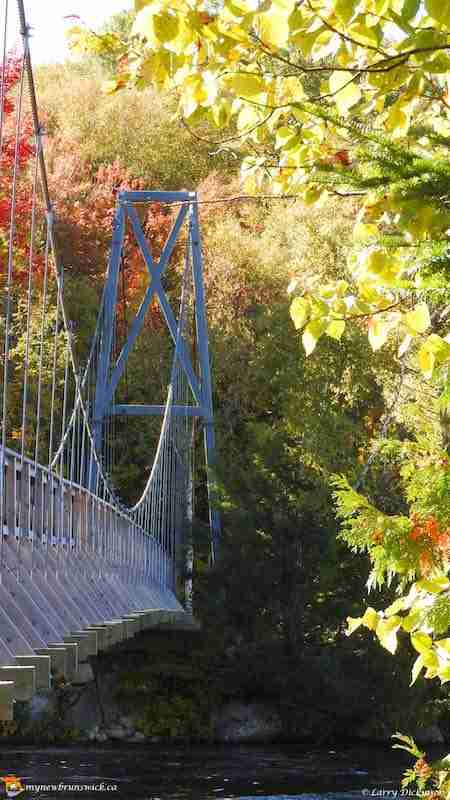 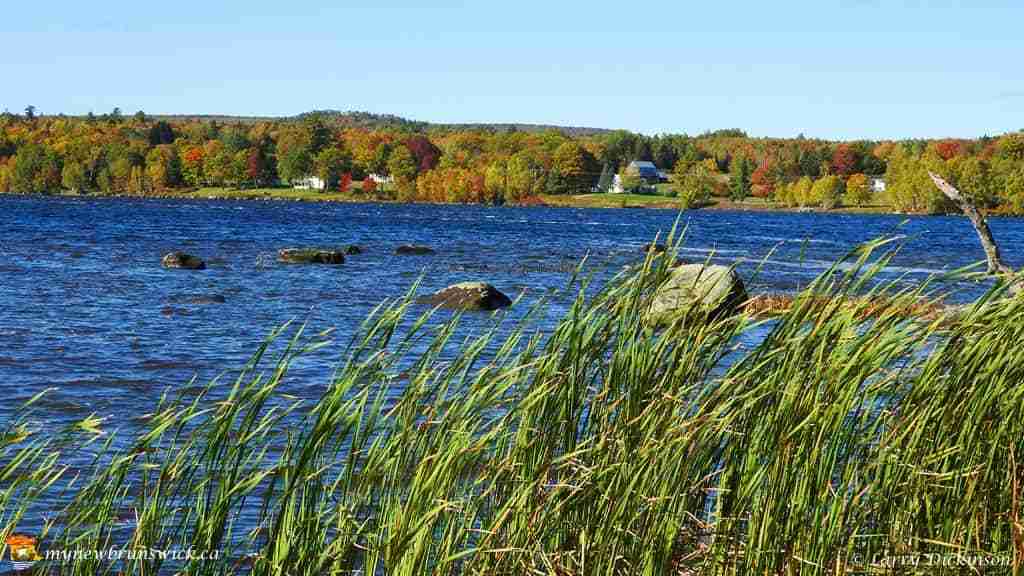 Prior to the construction of the Mactaquac Hydro Dam, the old road which crossed the stream had a bridge over it. It wasn’t removed and remnants of it can be seen just above the waterline. Back then, the Shogomoc stream had a waterfall to the left on the photo above. When Saint John River water levels are low, the falls are visible. These photos of the falls were taken by Leigh Watson during the summer of 2021.